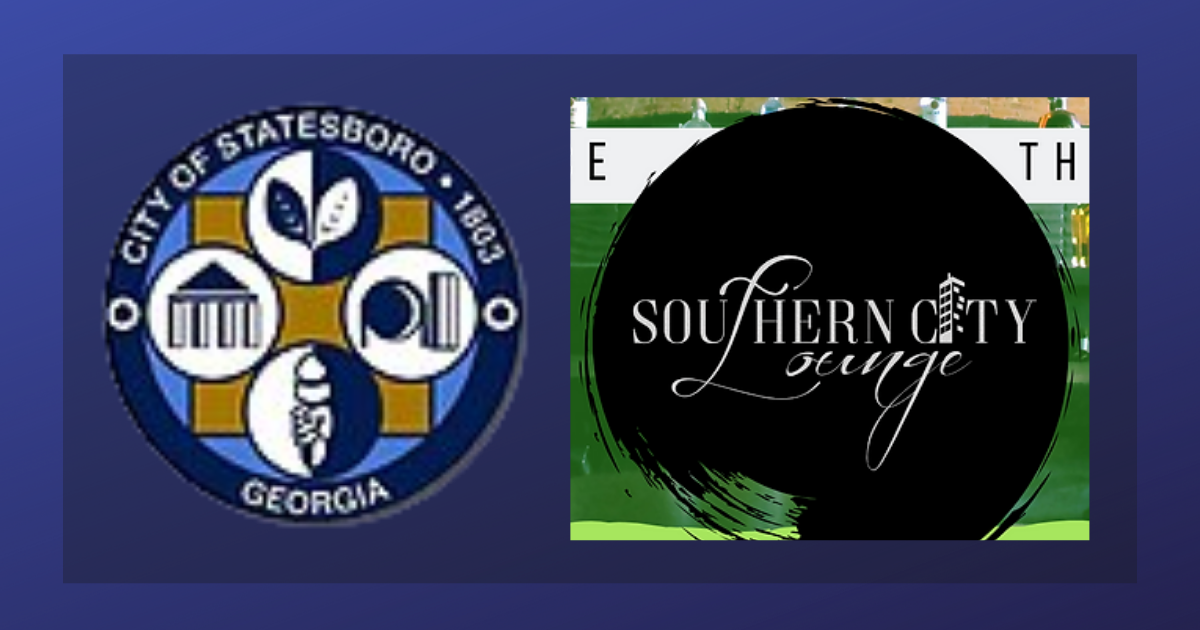 An administrative judge said in a recent order that Southern City Lounge in Statesboro is a “threat to public safety, welfare, and health,” but he stopped short of revoking the establishment’s alcohol license for one year, as the City of Statesboro requested.

The City alleged that Hunter operated the business such that it “constitutes a threat to public safety, welfare, and health or in such a manner as to constitute a nuisance, or operated a business that resulted in frequent or regular violations of federal, state or local law or ordinances.” During the period beginning January 8, 2020 and ending April 16, 2022, Statesboro Police attributed over forty incident/service calls to the business including two shots fired incidents in 2020, a service call where a man with a weapon threatened staff (and was later arrested), and a service call where a patron with warrants fred from police and broke into a building. They also referenced a report of a sexual assault at the location.

Prior Sanctions Against Southern City Lounge

During the administrative hearing, the city referenced two other sanctions against Hunter in the last nineteen months. In October 2020, the city imposed a $500 fine for Hunter’s violating Section 6-10 of the city’s code of ordinances pertaining to alcohol. She was cited again in early 2021 for violating Section 6-7 and subsequently paid a $1,000 fine in conjunction with a five-day suspension of the alcohol license.

The city argued that the April 15-16, 2022  incident constituted the third offense for the establishment. While a standard penalty of $1,500 fine with up to a 10-day alcohol license suspension could suffice, city officials sought an accelerated revocation of one year, as permitted under a special exemption of the local ordinance based on the public safety threat.

During the near three-hour hearing on May 3, City Attorney Cain Smith and Captain Jared Akins of the Statesboro Police Department appeared on behalf of the City, both noting that the issues in the area did not increase until Southern City Lounge opened in 2019.

When asked by Smith about the connection between the incidents and Southern City Lounge, Akins stated, “That would have been the only business at that time that had any sort of crowd or any sort of group that was actually patronizing at that point in time.”

“The issue, I think, or one of the main issues the establishment has in relation to other places we deal with on a fairly frequent basis…We understand that bars are going to have drunk fights and needs that we have to respond to. Southern City is unique in that its capacity is only 97 persons, according to the fire department. You look at other restaurants and bars and they’re three and four times as large and then we have significantly higher levels of firearms related offenses or violent offenses at this particular establishment.”

Akins also listed off a number of other issues working against the business, including:

Specifically Smith asked Akins if there was another establishment with as much concern, to which Akins replied “No.”

Statesboro attorney Andrew Lavoie represented Southern City Lounge owner Shyra Hunter who denied all of the allegations laid forth by the City.

On cross examination of Captain Akins, Lavoie went through dozens of incident reports for more than an hour, pressing Akins on whether or not the incidents occurred “on the premises” of 25 W. Main Street. Akins testified that because there is no parking lot for Southern City Lounge and only the sidewalk and city streets surround the business, it is more difficult to attribute the incidents to the business unless they occur inside the walls of the establishment.

Lavoie challenged Akins on dates of reports, whether or not SLC employees were the ones placing the calls about the incidents, and how many of the more serious offenses – like the alleged sexual assault – led to arrests or prosecutions. He also suggested that Cloud Nine Lounge/CBD Lounge, which operates on a block north of Southern City Lounge, could be responsible for drawing in the crowds in the late evening hours. Lavoie asserted that other establishments with more firearms-related incidents were not facing alcohol license revocation. Akins noted that one of the establishments hired additional security following its last incident and has not had significant incidents since.

SLC owner Shyra Hunter also took the stand, at which time she testified that she works at the business every day and employs two individuals who work security, four cooks/chefs, and three bartenders.

She refuted the city’s position about whether or not the business prepares food and says SLC offers food delivery through DoorDash and Uber Eats, though no statistics or numbers on those services were offered. Hunter testified that alcohol is only served after 6pm on Tuesday and Wednesday and after 9pm on Thursdays, Friday, and Saturday.

Regarding the security cameras, Hunter testified that four cameras operate inside, one operates outside, and Statesboro Police have never asked for any security footage following incidents in the area.

In wrapping up his direct examination of Hunter, Lavoie probed Hunter on how the business had already suffered due to the administrative suspension pending the hearing. On May 3, Hunter’s license had been revoked for fifteen days and the business was no longer operating at all – leading up to the hearing – following an incident that occurred after the suspension. She said an undercover officer attempted to buy alcohol, which resulted in ‘three officers coming in the front door and two coming in the back door with their Tasers drawn.’

“Unfortunately, the fallacy that we’ve got in this case is this idea that everything that happens downtown is due to or a result of something that’s going on at Southern City Lounge. Especially if it happens after nine….I can understand why they might think that. I can understand there is no one else they might feel they can say is responsible…But I don’t think that’s the standard, they haven’t shown by a preponderance of the evidence that this is a threat to public safety or a nuisance that would justify you revoking their license.”

Judge Peterson penned a lengthy five-page order , in which he detailed the May 3 hearing, the city’s ordinances, and his own findings of fact.

“Regarding approximately twenty of those [forty service calls], police efforts to investigate were limited by an inability to locate witnesses or obtain witness assistance; this is not the fault of the police. Over the relevant time period, discharges of firearms and gun violence occurred in the areas in front of; near and/or around the business. Further, the business was operating virtually every time the police responded to calls involving the business…

“Significantly, the recent incident on April 15 and 16, 2022 is best described as a violent shoot-out…Regardless of the exact location of the spent ammunition, the shoot-out endangered the public, which included Hunter and her staff and the patron of the business.”

Citing the city’s ordinance adopted in 2017, Judge Peterson wrote that a one-year revocation of the alcohol license of Hunter would ‘not be proper.’ He referenced the tiered system of penalties which include sanctions for 1st, 2nd, 3rd, and 4th offenses which include $500-$1,000 fine ranges, a $1,000 fine with a 1-5 day suspension, a $1,500 fine with a 6-10 day suspension, and a $1,750 fine with a 1 year revocation as the tiers increase in a single three-year period.

In this article:City of Statesboro, Statesboro Police Department