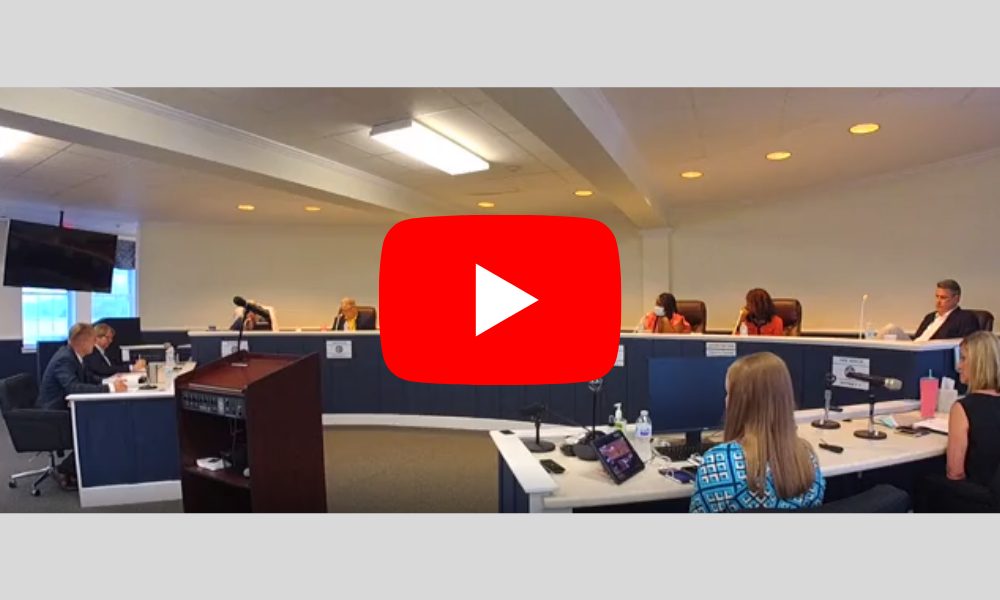 The Statesboro City Council met for the second regular council meeting in
July on Tuesday, July 20, 2021. The following agenda items were discussed:

You can find supporting documents for the agenda items here.

There were no public comments on agenda items.

B) Consideration of a motion for approval of surplus and disposition of Pac-Mac
Knuckleboom loader body in the Public Works and Engineering Department.

Consideration of a Motion to award a department owned firearm to retiring Lieutenant
Scott Hutchens after 30 years of exemplary service.

Consideration of a Motion to approve the City of Statesboro to have a Purchasing Card Program with Synovus Bank for a monthly limit of $300,000 and approve Cindy West,
Finance Director, to be the card administrator.

Assistant City Manager explained that this is to comply with Synovous policy. The bank requires submission of council minutes in order to have an administrator on the bank account. Cindy West clarified that it is for all city employees combined and she will merely oversee the accounts to ensure no city employee exceeds their monthly limit.
Motion by Chavers, second by Boyum, passed 5-0

Consideration of a motion to approve change order 17 with Lavender & Associates, Inc. in the amount of $110,946.00 for the Luetta Moore Park and Grady Street Park improvements project and authorize the Mayor to execute contract document amendments.

Assistant City Manager explained that the contractor discovered unsuitable soils which increased the cost due to the need for additional materials needing to be brought in. He said the city planned for the item so the project remains within the budget.
Motion by Mack, second by Chavers, passed 5-0

Councilman Boyum said he’s fielded a lot of questions about why the city isn’t recycling. He asked for the city to do an overview on recycling and why it’s becoming more and more difficult for municipalities to participate.

Mayor Jonathan McCollar took a moment to recognize Reverend Julius Abraham, a former educator, administrator, and pillar of the community, who recently passed away.

City Manager Charles Penny was absent.
Assistant City Manager reported Coastal Regional Commission told the city buses for transit would be delayed, possibly until November (or even January) due to manufacturing delays.

There were no public comments.

Consideration of a Motion to enter into Executive Session to discuss “Personnel Matters” “Real Estate” and/or “Potential Litigation” in accordance with O.C.G.A 50-14-3(b)

Council adjourned at 5:52 p.m. to go into executive session to discuss personnel.

Consideration of a Motion to Adjourn

You can watch the meeting below.