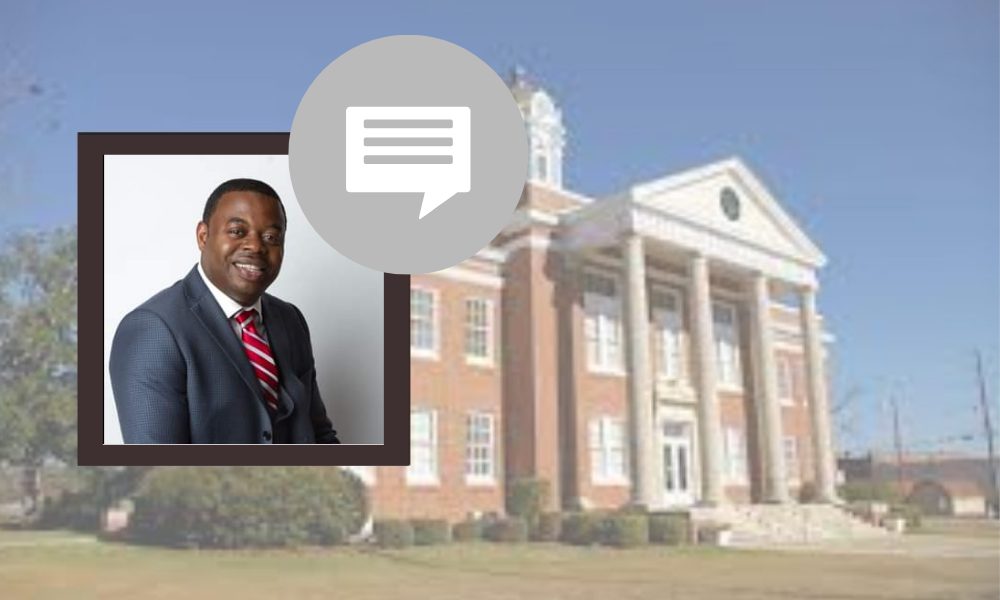 The candidate for Georgia Secretary of State who made headlines over the weekend for the ethics investigation by the state agency responsible for judicial standards is speaking out.

Republican TJ Hudson, who served as the Probate Judge in southeast Georgia’s Treutlen County for nearly 17 years, released a lengthy statement Wednesday. He was under investigation for alleged judicial misconduct when he resigned from his post to run for statewide office. Documents show that Hudson also agreed that he would not seek a judgeship in the state of Georgia for seven years.

Hudson had previously declined to comment other than saying it was ‘well-handled’ by the JQC.

His statement in its entirety:

“To support Georgians’ ability to trust in a secure and effective elections system I am running for Secretary of State.  I will use my 17 years experience in fair elections administration to put order in the vote!  Cheating in elections will not be tolerated when you elect TJ Hudson.  I will fight against lawsuits filed against Georgia when they end up wrongly assigned to Stacey Abram’s sister’s courtroom, as did a challenge to accept late absentee ballots filed in the Albany Federal Court in November as reported by 11 Alive News.”   Stacey’s collusion didn’t stop there, as other attempts to sue Georgia through her Obama appointed sister’s courtroom are reported by Politico.

“Over the past few days there’s been interest in how I, as Probate Judge, adjudicated a case where I placed my own relative in jail for contempt.  Let me be clear, my values have been instilled under the tutelage of a great Sheriff.  I mean business.  When it comes to right or wrong, backing the blue, protecting the safety of youth, and saving lives, I would even put my own father in jail, and Georgia election cheaters will be treated no differently!”

“State officials must have plans to support Senate Bill 202 which affirms our desire for secure, fair and safe elections.  But that can’t happen without the commitment of a Secretary of State who will enforce the law and go after cheaters.   I am the candidate who will stand and protect our election laws.”

“As Secretary of State, I will seek the application of maximum force to put order in the vote and stop wrong doers who seek to cheat in elections, because that is what Georgia voters are demanding and because that is the right thing to do.”

“I have already stated my support for the JQC’s handling of this matter in the AJC as reported in the AP News Wire.  Georgian’s will always know what side of the fence I stand on when it comes to law and order, and that includes elections.  The police asked me to assist in a call at a time of heightened racial tensions and I obliged, especially as this disturbance put a young person at risk, who also happened to be a relative.  I de-escalated the situation with the help of our law enforcement officers and made a temporary arrest of one of my adult relatives, who now supports my campaign for Secretary of State.  That’s water under the bridge for her and me, and the case is closed as far as we are concerned.”

“But for Georgians, the case for election fraud remains wide open.  You can be certain that supporting Georgia law, backing the Blue, and creating trust in voting for the people of Georgia, is my priority.  I will continue to take measures intended to ensure the security and safety of election systems for Georgians across our state. I ask for everyone’s active commitment to put order in the vote by not tolerating wrong doers.  I will protect the right to vote with the requirement of proper I.D., mitigate potential cheating in elections with absentee ballots, and allow the state to ramp up election day preparedness by supporting the elections workers, volunteers and superintendents.  Here’s a video link clip of me speaking on the JQC agreement to White County GOP this month.  I ask that you join me in this action oriented commitment at tjforgeorgia.com.”