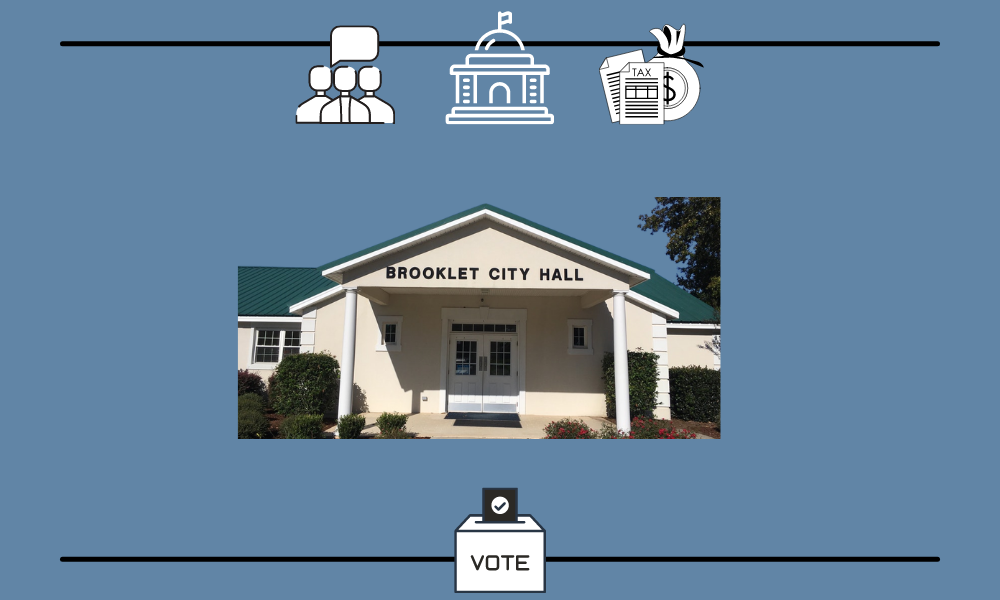 The Brooklet City Council is closing out the fiscal year with the accolade of not having spent more than it collected over the last twelve months.

The announcement was made during the last city council meeting during which Councilman Brad Anderson provided an update on the city’s financial position. At that time, he said FY 2021 was the first time in approximately four years that the city expenditures did not exceed city revenues. In FY 2021, the city exceeded its budgeted expenditures but made up for it when revenues exceeded those projected when the budget was adopted.

Anderson also presented the budget for a tentative approval which begins the process of advertisement, publication, and public hearings before formal adoption.

The FY 2022 budget is the second fiscal year for which the new mayor and council have been responsible for drafting and adopting. The proposed budget accounts for the fluctuations in revenues and expenditures over the last year and Anderson said he is hopeful the city will be able to stay within the parameters going forward.

Mayor Joe Grooms thanked Anderson and for his work on the preparing the budget for the upcoming fiscal year. “He works tirelessly and is constantly dealing with our phone calls about unexpected expenses and things we didn’t know needed fixing. But he keeps us straight,” Grooms said of Anderson.

You can view the budget documents below.
The first document outlines the city’s proposed budget for FY 2022.
The second document is a FY 2021 comparison to the proposed FY 2022 budget.
The third document is a budget amendment for FY 2021. (Story continues below)

The Brooklet City Council will hold a public hearing on the budget ahead of the next council meeting at 6:00 p.m. on Thursday, June 17, 2021 at City Hall. At that time, anyone wishing to ask questions or voice comments and concerns on the budget may address members of council. The regular meeting is scheduled for 7:00 p.m.