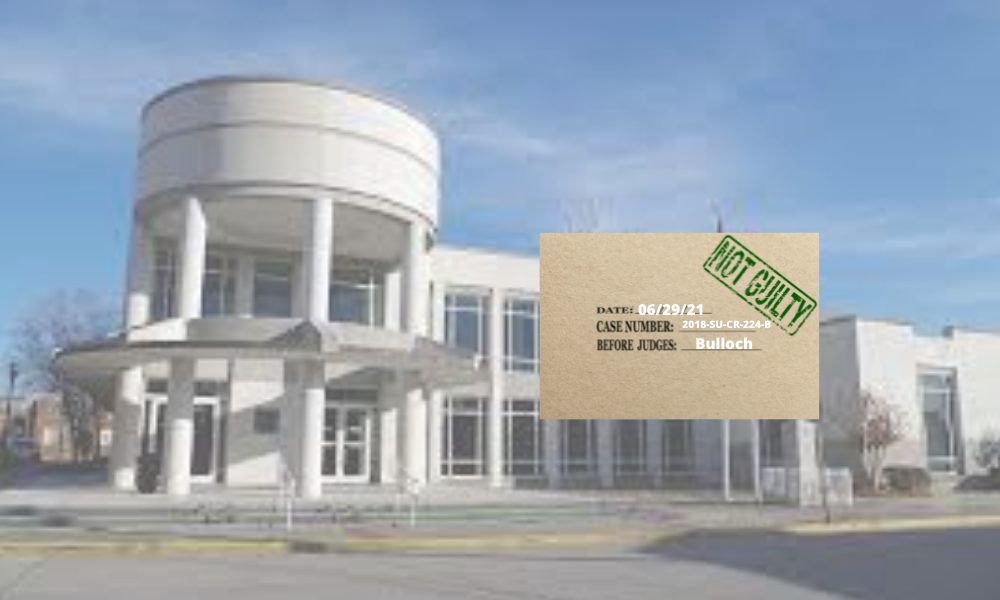 Matthew Chalkley spent 38 months behind bars on a rape charge before a jury found him ‘not guilty’ on Tuesday.

The two-day trial before Superior Court Judge Lovett Bennett and a jury of twelve concluded a long journey following charges that date back to November of 2017.

The Bulloch County Sheriff’s Office says it responded to the East Georgia Regional Medical Center in reference to a 19-year-old female who reported a sexual assault. The woman told investigators that she and her friend got into a vehicle that a man, later identified as 25-year-old Matthew J. Chalkley, stated was for Uber. She said he told the two he would take them home and then he sexually assaulted her at his residence in Statesboro.

In the days following the incident being reported, Chalkley voluntarily spoke with investigators and explained the course of events from his perspective. Six months later, in May 2018, Chalkley was indicted on one count of Rape, a felony with a possible sentence of 25 years to life, and he arrested shortly thereafter.

The investigation continued through the interviewing of witnesses, the suspect, and by obtaining and submitting evidence to the Georgia Bureau of Investigation’s crime lab. The case was submitted to the DA’s office and based on the totality of the evidence collected and the interviews conducted, a warrant was issued for Chalkley’s arrest.

He turned himself in without incident. Though Chalkley had also been drinking, investigators argued that the accuser was too drunk to consent.

Chalkey was initially represented by Renita Newbill-Jallow with the Public Defender’s office. Two weeks after his arrest, Newbill-Jallow sought bond for Chalkley before then-Judge William Woodrum. The request was denied, though no reason was cited.

A year later, in June of 2019, Chalkley waived his right to a jury trial and requested a bench trial before Judge Lovett Bennett. That request was granted and a trial was scheduled for July 10, 2019, however, in late June of 2019, Chalkley hired Statesboro attorney Robert Busbee. Busbee immediately filed a Motion for Consideration of Bond citing exculpatory evidence that would speak to Chalkley’s innocence in the possession of the United States Marine Corps and Georgia Southern University. Busbee also argued that his client needed to be free on bond to properly prepare his defense, an effort that had been limited to that point. The reconsideration hearing was scheduled for September, but was later continued because the father of the accuser was scheduled to be out of town on that date and preferred to be present.

The Court ultimately denied the request for bond, but did order the Bulloch County Sheriff’s Office to transport Chalkley around Statesboro for three hours in November 2019 for trial preparation with his defense counsel.

Busbee would go on to file two more requests for bond with the Court, including one in May 2020 at the height of the pandemic. The state had previously argued that Chalkley’s release would result in intimidation of both the accuser and witnesses. When the accuser left Georgia Southern and returned to Atlanta after graduating, Busbee argued that Chalkley and the accuser would not encounter one another, especially if he returned to his family’s home in Emanuel County to await trial. He also said Chalkley still needed to be released in order to properly prepare for trial and to support his family — Chalkley is a divorced father of two who, prior to his arrest, had joint custody. Nevertheless, bond was denied. All-in-all, over the course of three years, four requests for bond were made to no avail.

In May 2020, the state filed notice announcing its intent to introduce evidence of other four other crimes, including one incident that occurred at MillHouse restaurant with a male who came forward after Chalkley’s arrest and said Chalkley touched him without his consent. Another incident cited by the state was one where a female reported that she and a friend were leaving a local bar and Chalkely followed them outside to the parking lot before a bouncer stopped him. Busbee objected to the state’s request to bring the incidents at trial, citing the state’s failure to demonstrate relevance to the pending charges or that a crime was even committed in those instances. Judge Bennett agreed, denying admission of three of the incidents and conditionally denying the fourth unless the state could provide proof that the incident at the MillHouse occurred prior to the alleged rape.

In the interim, Busbee sought subpoenas for items in the possession of both the U.S. Marines and Georgia Southern, for items related to cell phone data, Google Maps timelines, and other electronic tracking data which he told the Court would vindicate Chalkley.

In January 2021, Busbee again sought bond and a week later filed a Revocation of the Waiver of Jury Trial and requested a speedy jury trial in Bulloch County.

The two-day trial began Monday, June 28 and continued into Tuesday, one of the first to take place after the State of Georgia allowed jury trials to resume. While the state argued the accuser was unable to consent to the sexual acts, a witness testified to the contrary, marking a turning point in the trial. Jurors deliberated briefly and a NOT GUILTY verdict was read in open court at 3:06 P.M. on Tuesday.

There is no remedy for individuals who languish in jail as they await a trial and are then subsequently acquitted.

Chalkley was not shown as an inmate at the Bulloch County Jail as of lunchtime on Wednesday. He is now 29-years-old.