Defense Rests in Second Day of the Ashlyn Griffin Trial 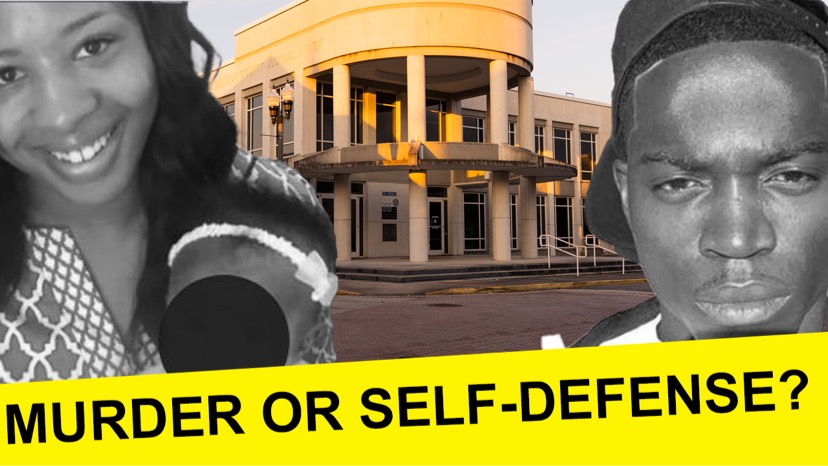 A handful of witnesses and a lengthy testimony from the defendant herself is all the defense sought to offer on the Second Day of the Ashlyn Griffin trial.

Read about Day 1 of the trial.

ADA Russell Jones then called the lead investigator on the case, SPD Detective Jodie Tanner. She testified on the nature of her investigation, inconsistencies in Griffin’s story, and why the state believed Griffin did not act in self defense. Her testimony over two hours summarized the state’s case and findings based on the previous witnesses it offered.

Just before lunch, the state rested – half way through the second day of the Ashlyn Griffin trial.

After lunch, jurors heard from neighbors of Griffin, all of whom heard or witnessed McCray’s aggressiveness toward Ashlyn. The defense also played the 911 call made by Griffin on June 5, 2020. Jurors heard a hysterical Griffin pleading for an ambulance, telling the dispatcher ‘I shot my boyfriend.’ The dispatcher asked her if he (the person she shot) ‘was physical’ with her, to which she replied ‘yes.’

The second-to-last witness for the defense was Kevin Wadley, Accreditations Manager for the Statesboro Police Department. Wadley was a senior detective in 2018 when McCray assaulted Griffin, who was pregnant at the time. He detailed his report and testified to the extent of Griffin’s injuries as he viewed them at East Georgia Regional Medical Center.

Griffin teetered between smiles and tears discussing the early stages of their relationship. She testified that she once thought McCray was sweet, funny, and easy to talk to and beamed when sharing about learning she was pregnant with their first child.

But as she did during the immunity hearing in 2021, Griffin offered great detail on the abuse she suffered at the hands of McCray over the course of their relationship. Griffin also explained how she kept the relationship from her family and many of her friends and her parents were not even aware of McCray until she found herself in the hospital.

Her emotional testimony about the day of the shooting had several members of the public in tears as well. She shared her fear of McCray, that she loved him despite the emotional and physical abuse, and that she never wanted him to die.

Griffin told jurors that after answering questions for five hours, providing a witness statement and DNA sample, submitting to a gun residue test, drawing a diagram for police, and returning to the scene for the video reenactment, Griffin was taken to the Bulloch County jail. That’s where she remained for twenty-five days. She revealed that she was pregnant at the time and delivered that child in February 2021.

When asked why she spoke to police without an attorney, she answered that she didn’t believe she had anything to hide. She believed he was going to “f*** her up” as he had before and had no reason to believe his threats of “I’m gonna kill you” were not true. Griffin said she wished she had listened to her mom about not going back [to McCray] before saying she wished none of it happened. “I just didn’t want him to hurt me again,” she said, sobbing.

Under cross examination, Black boisterously challenged Griffin’s positions for a little less than an hour.

He asked about her role in the arguments, if she agreed it “takes two to argue,” and whether or not she ever yelled or cursed at McCray.

Black asked Griffin why she didn’t report the other incidents of violence in their relationship. With regard to the shooting, Black said, “Why didn’t you just say, ‘Brandon — I’ve got my gun! Get away!’….If you had done that, he’d be alive today, wouldn’t he?”

The state presented text messages from McCray’s phone, one of which was from 11:54 p.m. in late May. “Make me f*** you up,” is what Griffin texted McCray, which prompted Black to suggest that Griffin’s comments were threats against McCray’s life. Griffin testified that it was a late-night message about wanting him to return home for a sexual encounter.

Black also read a lighthearted message exchange between a female and Griffin the day before McCray was shot. In that, Griffin told the female she was ‘not afraid’ of McCray, which furthered Black’s narrative that Griffin plotted. “That was a perfect opportunity for you to tell someone you needed help and you didn’t say anything.” On redirect, Griffin’s attorney dove deeper. Griffin explained the female was a lifelong friend of McCray and not someone she could or would confide in about relationship issues. She told jurors that it was true that she was not afraid of McCray when he was not angry or being violent.

The defense rested at 4:45 p.m. of the second day of the Ashlyn Griffin trial. Judge F. Gates Peed excused the jury for the day. They will return Wednesday morning for closing arguments.