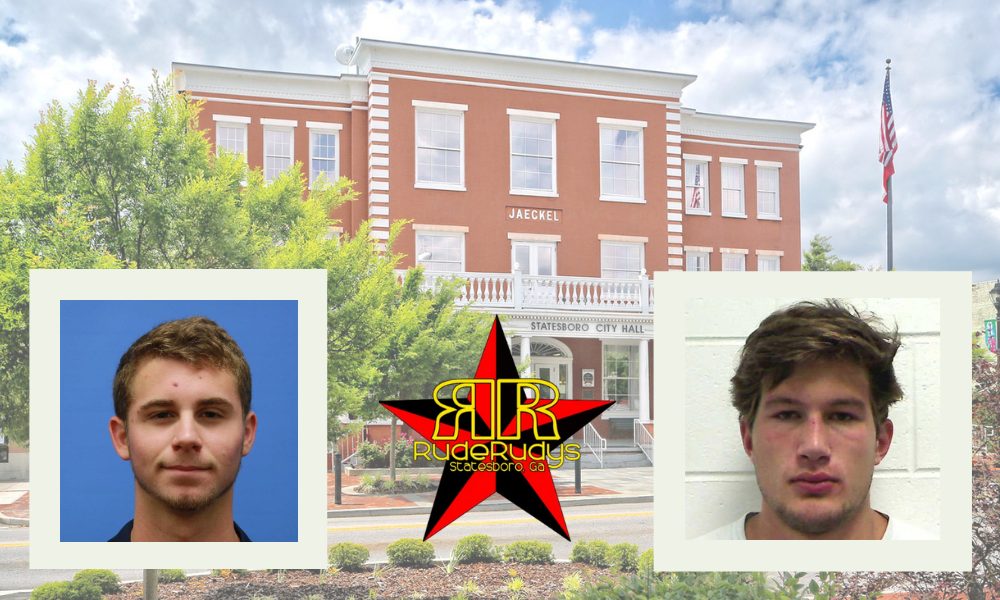 The defense attorney for Grant Spencer has filed paperwork in Bulloch County Superior Court with plans to seek retroactive changes to the sentence of Spencer in the death of Michael Gatto. Specifically, Statesboro attorney Matt Hube is asking the Court to have Spencer retroactively sentenced under the Youthful Offender Act.

In August 2014, a Rude Rudy’s bartender reportedly told a bouncer, Grant Spencer, that Michael Gatto was stealing money from the tip jar.

Spencer went to remove Michael from the bar and Spencer ended up striking Michael five times in the head/face, “until he was limp and unconscious, and then dropped him on the floor of the bar.” Spencer then pulled Gatto outside where he was found by emergency personnel. He was airlifted to a hospital in Savannah where he died.

Both Gatto and Spencer had been drinking and Gatto was in a pre-trial diversion program for charges of theft of services and underage consumption of alcohol at the time of his death.

Spencer was charged with felony murder and aggravated battery by ADA Daphne Totten, but pled guilty to voluntary manslaughter. He was sentenced to 20 years in prison and must serve 13 before he will be eligible for parole. For the last five years, Spencer has been incarcerated and he received credit for time served from the time of the incident in August 2014 to the time of the plea in August 2016 for an approximate total of seven years.

The Gatto family filed a civil suit against the City of Statesboro, but the Georgia Supreme Court handed down an opinion that put an end to that five years after the suit was filed and seven years after the death of Gatto.

Hube filed motions in July of 2021, announcing the defense’s intention to seek a sentence revision under the Youthful Offender Act. A hearing was set in early October, but Judge Lovett Bennett filed an Order of Self Recusal, prompting the assignment of another judge. The case was subsequently assigned to Judge F. Gates Peed who heard the case in 2014 and initially denied the request for sentencing under the Youthful Offender Act.

The Youthful Offender Act is for male individuals who were between 17 and 25 years of age and were convicted of a felony offense for which the maximum punishment did not include death or life imprisonment. It is only available for those who, in the opinion of the department, have the potential and desire for rehabilitation. Specifically, the “treatment” contemplated by the Act is corrective and preventive incarceration, guidance, and training designed to protect the public by correcting the antisocial tendencies of youthful offenders, which may include but is not limited to vocational, educational, and other training deemed fit and necessary by the department.

In the motion on Spencer’s behalf, Hube argues that the Court left the matter of sentencing open for revision five years ago when Spencer received a negotiated sentence. The motion cites statements made by Peed during sentencing in 2016 at which time he stated, “So the Court, at this time, is going to decline your request for sentencing under the Youthful Offender Act”.

Hube also notes that Spencer has been an ‘exemplary inmate’ for the duration of his time in the custody of the Department of Corrections, having completed a handful of faith-based character programs, the Canine Obedience Training Program as a trainer, 120+ hours of community service, conflict resolution programs, and alcohol and drug treatment programs. Spencer also received a Certificate from Central Georgia Technical College after successfully completing an 800 hour on the job training program in industrial welding operations and in 2021, completed his Bachelor’s degree in the program partnership with Thomas Edison State University.

If Judge Peed were to agree to the sentence modification, it would not automatically mean Spencer would be admitted to the program or have a change to his sentence. It would merely mean he is eligible. The decision ultimately rests with the Georgia Department of Corrections. It also would not change Spencer’s parole eligibility.

McEntrye called the defense’s motion ‘disingenuous’ because it seeks a sentence modification when the court is not authorized to modify the sentence. The state also said “[t]here is no provision in Georgia law for “retroactive” sentencing as sought in this case, and no such law is cited by the defense.”

Most of the three page brief is redundant with repetition of the same three statements throughout. “OCGA § 17-10-1 limits the time period within the Court can correct or reduce a sentence and to suspend or probate all or any part of the sentence imposed,” the brief reads. “…The Youthful Offender Act does not abrogate the time limitation of OCGA § 17-10-1. The Defendant’s motion to modify sentence was filed outside of the one year time limitation established in OCGA § 17-10-1. There is no provision in Georgia law for “retroactive” sentencing as sought in this case.”

The state’s response was filed approximately two and a half months after the defense’s initial filing in July. Judge Peed has scheduled a hearing on the motions for November 1.

Other Impacts from Gatto Death

The impacts of Gatto’s death went well beyond a prison sentence for Spencer and a civil lawsuit.

The City of Statesboro spent years reforming its alcohol ordinances and in 2017 voted to require certain establishments that serve alcohol to carry liability insurance. For a period of time, the city was holding monthly administrative hearings and conducting random checks for alcohol violations, but those have ceased since 2018.

In 2015, the Georgia General Assembly passed Michael’s Law, spearheaded by Geoff Duncan, who was a state representative at the time. The measure made it harder to become a bouncer in the state of Georgia. No one under the age of 21 is permitted to work in one either.