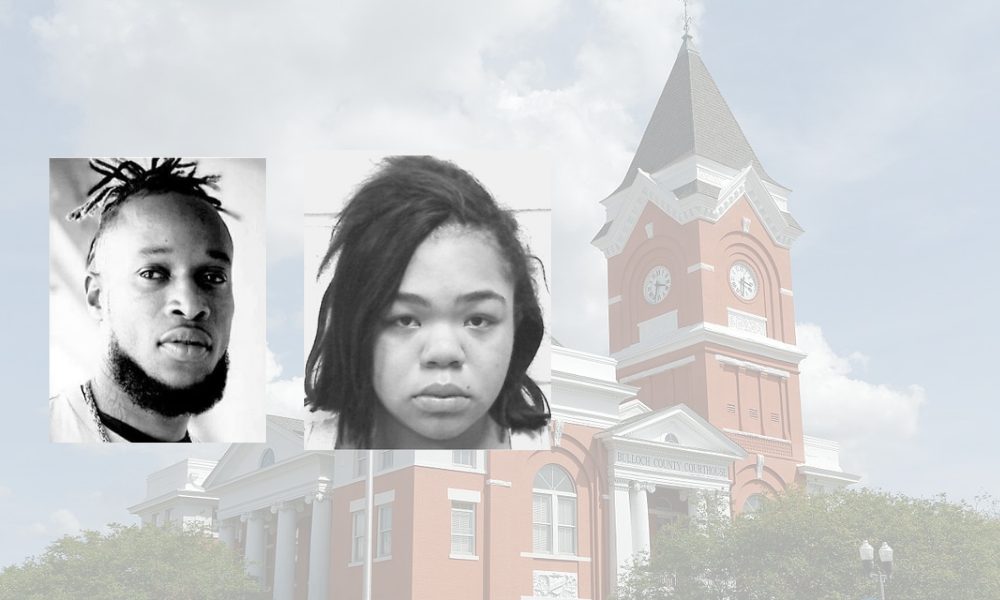 A former Bulloch County woman was recently sentenced for a Statesboro Vehicular Homicide that claimed the life of Dakota Daniels.

The case stems from a motorcycle crash that led to the Homicide by Vehicle charge, though it all concluded in Bulloch County State Court this week.

Keyah Durden entered an open-ended plea under the First Offender Act before Judge Joseph Cushner, who heard from the victim’s family and then imposed a sentence.

On January 24, 2020, Georgia State Patrol says Dakota Cornelius Daniels, 33, was in the right lane, heading south on Veterans Memorial Parkway when Durden pulled her Nissan Versa into his path as she attempted to make a left turn from Statesboro Place Circle. According to reports, Daniels tried to change lanes but lost control of his motorcycle. The motorcycle skidded on its side before striking Durden’s car. He died as a result of his injuries.

The Specialized Collision Reconstruction Team (SCRT) within the Georgia State Patrol took over the investigation, as is often standard with fatal crashes.

In September 2020, eight months after the crash, Durden was charged by the Georgia State Patrol with Homicide by Vehicle in the 2nd Degree and Failure to Yield After Stopping at a Stop Sign, both misdemeanor offenses that carry a maximum of 12 months in jail and a $1,000 fine. She was booked into the Bulloch County jail and released on $5,000 bond. Soon after, her case was formally accused in state court in Bulloch County.

Following a series of court appearances and the providing of discovery, Durden and her attorney sought a jury trial.

A trial date was set and the State subpoenaed two dozen individuals as witnesses, including a nurse and a doctor from East Georgia Regional Medical Center, 9 officers and 2 detectives with the Statesboro Police Department, 3 Troopers with the Georgia State Patrol, the Director from Bulloch County E911, Bulloch County Coroner Jake Futch and 6 other individuals.

Ahead of the scheduled trial, a ‘plea day’ — which is often used as a way to negotiate and resolve cases in the 11th hour and avoid using resources required for a jury trial — provided an opportunity for resolution with Bulloch County State Court Solicitor Catherine Findley. On January 19, 2022, Durden entered a plea under the First Offender Act, an alternative form of sentencing used for people who don’t have criminal histories and are not charged with a violent crime or DUI. Individuals who successfully complete their sentence under this program can have the adjudication sealed from their criminal history report. The First Offender Act still leaves sentencing parameters up to the judge after considering the circumstances of the case and the character of the accused, but more importantly, the use of FOA can only be used once.

As part of her sentence, Durden was required to surrender her driver’s license and she must take a defensive driving course before her license can be reinstated. She is prohibited from using drugs or alcohol and will serve her sentence on probation.

Family members and friends of Daniels say they didn’t support the plea deal. His fiancée posted her comments about the sentence on social media, prompting dozens of responses.

One friend commented, “I don’t agree with it either. In 2016, a man rear ended my wife. It killed her, my daughter, and my grandmother. My granddaddy and my niece survived the accident. Man wasn’t charged with anything or convicted of anything. It hurts to see people not punished for their negligence when it takes a life.” That case was handled in Jenkins County.

Another friend, a motorcycle rider himself, said “Ignorant drivers like that are killing us daily!!! They should be charged with murder!!!!”

In Georgia, drivers can be charged a two different ways when a fatality occurs as a result of a traffic crash:

Georgia is not alone in its two-pronged approach to vehicular homicides. A piece featured in a Greenville, SC newspaper illustrated the common frustration among family members who lost a loved one at the hands of someone else and received only a traffic citation.

Defense attorneys like Gregg Freeburn, however, say sometimes accidents do happen and that doesn’t mean a driver should be treated the same way as a violent felon or drug trafficker.

“It has to be action that is deemed egregious or in complete conscious disregard for the safety of other individuals on the roadway in order to fall into the category where someone would be charged with a crime that would send them to jail,” Freeburn said.

Nevertheless, the code sections are routinely reconsidered by the Georgia General Assembly, likely to once again become a topic of discussion as the trend of driverless cars gains momentum. In the meantime, families of both those lost and those convicted continue to lobby for change.

Editorial disclaimer: The author of this article has a pending case in Bulloch County State Court in which she is the listed victim.