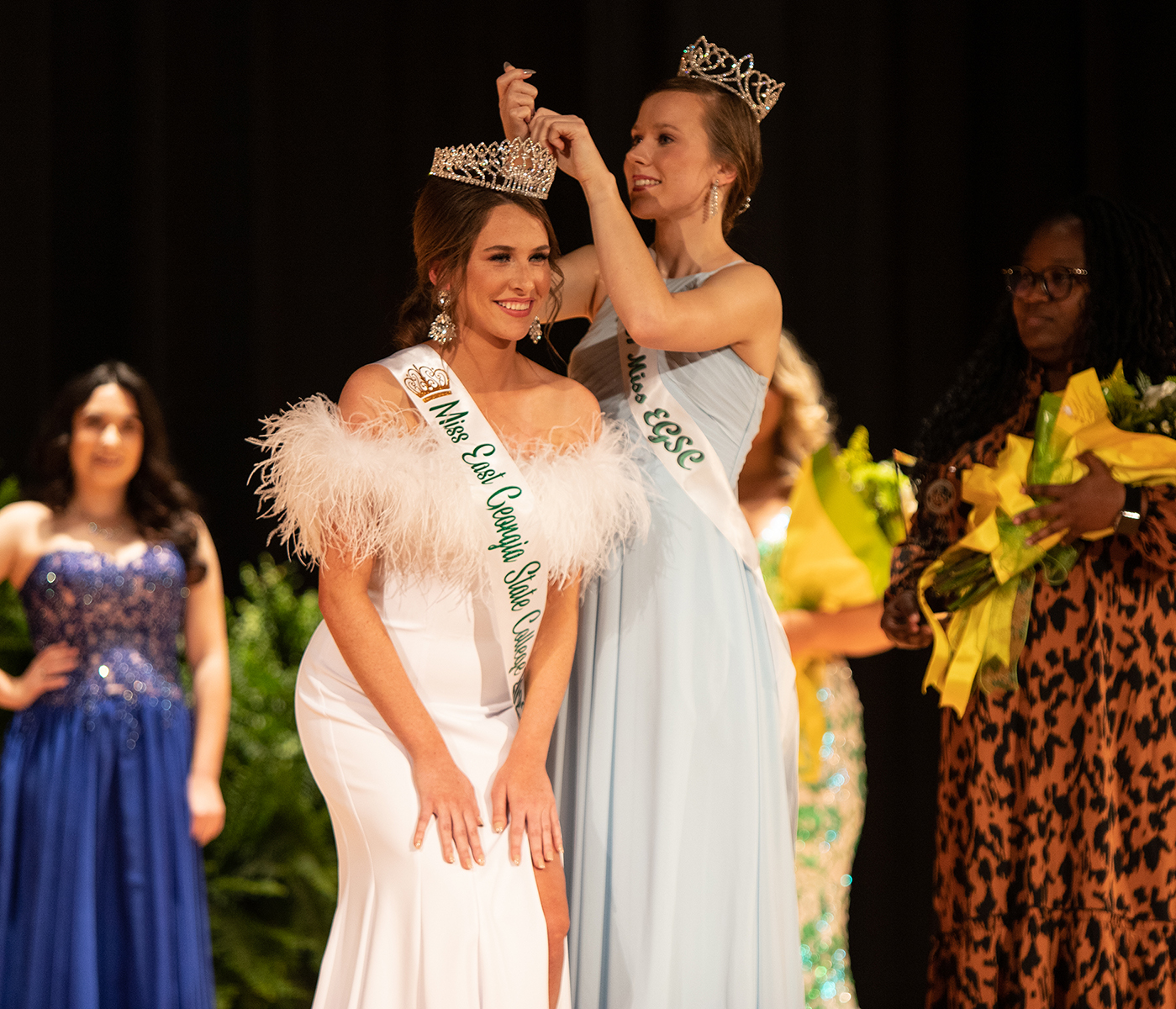 The 2022 Miss East Georgia State College Scholarship Pageant was held Saturday, April 9 at 6 p.m. in the Luck F. Gambrell Center Auditorium. Carleigh DeFee was crowned the new Miss EGSC, Mary Grace Winfrey was first runner-up, and Hailey Rozier was second runner-up. The six contestants who competed for the crown participated in a private interview with the judges, on stage question, casual wear, and evening gown.

Carleigh DeFee is the 18-year-old daughter of Lane and Jane DeFee of Soperton, Ga. She is a general studies major at EGSC and plans to transfer to a larger university to become a certified registered nurse anesthetist with her doctorate in nursing practice. During her year of service, she plans to volunteer with her platform “Know Your NAME: Not Another Me” which is a pen pal mentoring program.

Mary Grace Winfrey received the Community Star/Interview Award and placed first runner-up. She is the 17-year-old daughter of Craig and Amanda Winfrey of Kite, Ga. Mary Grace is a dual enrollment student who will continue her education in the fall at EGSC as a general studies major.

Hailey Rozier was named Miss Congeniality, People’s Choice Award Winner, and second runner-up. Hailey is the 19-year-old daughter of Nicholas and Laura Rozier of Wrens, Ga. She is majoring in chemistry and plans to continue her education to become a pharmacist.

The event was hosted by EGSC’s Student Government Association. The Miss EGSC Pageant Board would like to thank Southern Traditions for donating the beautiful bouquets the winners received, and Frills by Scott in Statesboro, Ga., for dressing Miss EGSC 2021, Anita Cerpovicz, and the emcee of the event. The board would also like to thank All Star Dance Academy for providing the entertainment during the event, and the many volunteers who made the pageant a success.