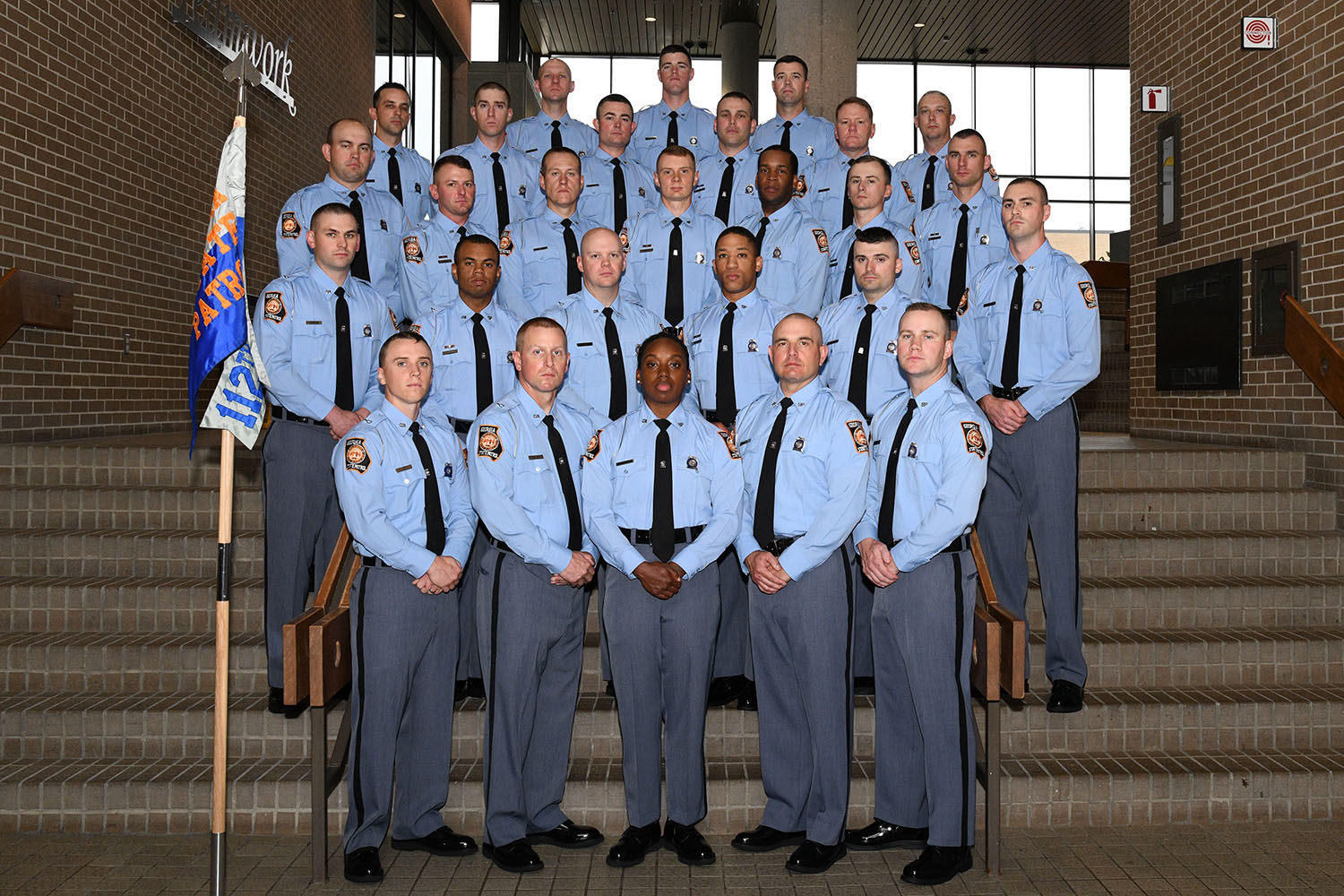 The Georgia State Patrol graduated its 112th Trooper School on Friday, April 8, at the Georgia Public Safety Training Center (GPSTC) in Forsyth.  After 13 weeks of intense training, 27 new troopers will report to one of the 52 patrol posts throughout the state to complete the field training phase.

Governor Brian P. Kemp was the keynote speaker and issued the Oath of Office.  Colonel Chris C. Wright, Commissioner of the Department of Public Safety (DPS), acknowledged the Georgia Department of Public Safety (DPS) 85th Anniversary and recognized the men and women, both sworn and civilian who have worked for the department. Additionally, remarks were given by Capt. Clayton Kicklighter, Director of Training.

This Trooper School is the first accelerated school of the Georgia State Patrol consisting of all former law enforcement. Instead of the traditional 20 weeks at the academy, these Trooper Cadets spent 13 weeks and will report to their assigned post to complete 12 weeks of field training.  The Georgia Peace Officer Standards and Training Council (POST) requires that all peace officers receive a minimum of 408 hours of Basic Mandate Training.  At the completion of Trooper School, these newly graduated troopers received over 1,400 hours of training, including driving, defensive tactics, vehicle stops, Spanish, criminal law and criminal procedure, firearms, accident investigation, and various other training.

During remarks to his fellow class members, Trooper Ethan Sarrell, class president, highlighted the prior law enforcement experience, ranging from two years to 28 years, each of them had before becoming State Troopers. Some were former supervisors, and one was the Chief of Police. “As former deputies, police officers, and game wardens, the members of the 112th are unique and each of us knows what is ahead of us. Although each of us arrived here from different backgrounds, each of us has the same goal…to continue serving and protecting our communities by maintaining law and order as members of the premier agency in the state of Georgia,” emphasized Trooper Sarrell.

Four of the graduates received special honors for top performance in various proficiencies. The honorees were:

Trooper Davis also received a $5,000 scholarship towards a bachelor’s degree from Reinhardt University for having the highest academic average in his class. This scholarship is named after CPL Chadwick LeCroy who was killed in the line of duty on December 27, 2010.

Each commissioned trooper will report to the following assigned post:

In this article:Georgia Department of Public Safety