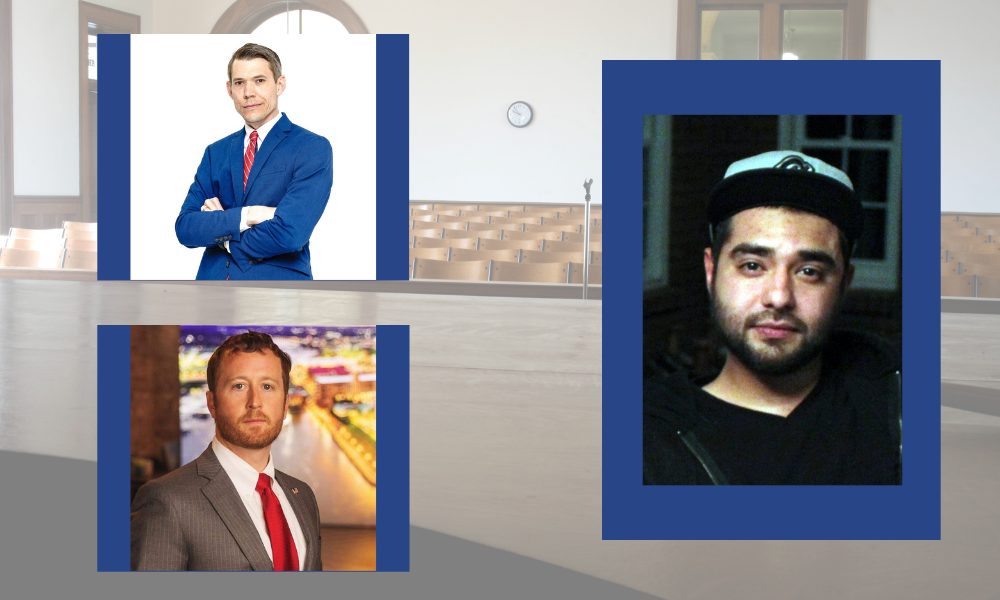 A newly elected district attorney on the western side of the state has appointed his own criminal defense attorney to serve as a special prosecutor in an investigation into a high profile case from 2017.

District Attorney Mark Jones, who was sworn in in January, has initiated the process to present the Hector Arreola case to a grand jury for aggravated assault and murder. Arreola died four and a half years ago after a struggle with police in Columbus.

The case has moved slowly, been political and, at times, confusing as both a federal judge and the district attorney have interjected conflicting personal opinions into public components of the case.

30-year-old Arreola died after a July 9, 2017 arrest for disorderly conduct, during which he resisted law enforcement before he was handcuffed on the ground. Two officers were on his back, awaiting a third officer with leg shackles, for two minutes and 14 seconds. He was taken to the hospital, went into cardiac arrest, and died the next day. Toxicology reports indicated that Arreola had methamphetamine in his system and the GBI listed methamphetamine toxicity as Arreola’s cause of ‘accidental’ death.

The autopsy report showed contusions on the arms and a laceration above Arreola’s eye, but it was sustained prior to the struggle with police. “No fatal traumatic injuries are identified.”

The officers were placed on administrative leave, as is standard in these types of cases, but returned to work at the conclusion of the GBI investigation.

“Our Own George Floyd”

Arreola’s case made local and national headlines with the local NAACP President Wane Hailes saying “If you really want to think about it. We had our own George Floyd situation. He couldn’t breathe either.”

Three years after he died, in June 2020, the GBI amended its report to reflect that Arreola died by “sudden cardiac death following a struggle with law enforcement including prone position restraint complicating acute methamphetamine toxicity.” It was classified as a homicide.

GBI spokeswoman Nelly Miles told the AJC that “The medical examiner received additional information that was made available and showed that the altercation between law enforcement and Mr. Arreola was a contributing factor.” The ‘additional information’ has not been publicly released over the last year.

In February of last year, Jones said publicly that he wanted to bring charges against the police officers in an effort to hold them accountable. A year later, in February 2021, the Columbus chapter of the NAACP held a press conference to announce Jones would seek charges. In June 2021, six months after being sworn in, Jones appointed attorney Chris Breault as a special prosecutor. Breault is a personal injury attorney who helped Jones during his campaign in 2019-20.

Breault is also representing DA Jones in a felony criminal property damage matter stemming from a campaign video filmed in 2020 where the Columbus Civic Center parking lot was damaged.

After the appointment, Jones made it clear that he was moving forward with the case to pursue a conviction, not to present evidence to the grand jury for consideration of whether or not the case should go to trial. “The matter needs to be presented to the grand jury by an attorney who can focus exclusively on the case and securing a conviction,” Jones told WTVM. He also said the police should have “stopped using force.”

One attorney for the officers said in a prepared statement that they were surprised that Jones did not go through the independent Prosecuting Attorneys’ Council of Georgia, the organization utilized in cases in which a District Attorney has a conflict of interest.

Jones said the office would wait until the civil suit was settled to present aggravated assault and murder charges to a grand jury.

The family of Arreola filed a lawsuit alleging that Arreola’s constitutional rights were violated in the use of excessive force and that the officers caused his death. The lawsuit contended that Arreola went into cardiac arrest due to a lack of oxygen. He said “I can’t breathe” 16 times during the two minutes and 14 seconds.

The officers sought an injunction on the civil suit because they felt their hands were tied on testifying. They wanted the suit stayed until any criminal matter was resolved since they were not able to testify in the civil matter without giving up their 5th Amendment right not to incriminate themselves.

In June, U.S. District Court Judge Clay Land said the civil suit would go forward because the only charge without an expired statute of limitations is murder and “[a]lthough a theoretical argument based upon a strained view of the evidence could be made that some evidence exists to support a charge, any reasonable prosecutor would ultimately conclude that the state could not carry its burden of provind guilt beyond a reasonable doubt. Accordingly, it is unlikley that the defendants will ever face criminal prosecution for murder. The court must presume that the prosecutor will act in good faith and will follow the law.”

That ruling, of course, does not prohibit a prosecutor from presenting the case to a grand jury or taking it to trial.

The case was set to go to trial on August 9, but on July 15 of this year, the Columbus City Council agreed to a $500,000 settlement on behalf of the officers. The officers, however, were adamantly opposed to the settlement.