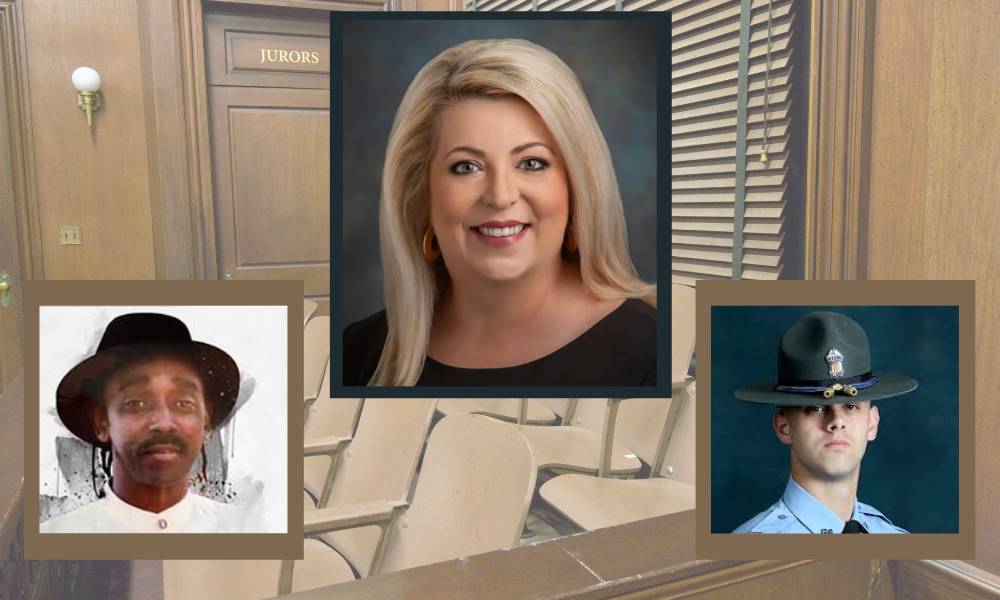 Four subpoenas served in a controversial case placed usually opposing parties on the same side of an argument against the State of Georgia on Friday.

Prosecutors from the Ogeechee Judicial Circuit were denied a request to probe through the financial paperwork of donors who have contributed to the legal defense fund of former GSP Trooper Jacob Thompson and to the family of the late Julian Lewis after arguments were made before Superior Court Judge Lovett Bennett.

District Attorney Daphne Totten, Chief Assistant District Attorney Barclay Black, and Assistant DA Ben Edwards this week subpoenaed records and information of direct and indirect contributors to Thompson since his arrest in August 2020 as well as those in the possession of Betty Lewis, wife of the late Julian Lewis, and her attorney, Francys Johnson. Thompson was charged by the GBI with Felony Murder and Aggravated Assault in the death of Julian Lewis after an attempted traffic stop on August 7.

Black argued Friday on behalf of the state that donors to the former trooper and the family of the Lewis were a matter of thoroughness. He said while the records may not presently be in the possession attorneys, they could be readily available through bank statements and other documents. The state contended that donations would show contact between grand jurors and potential tampering, not just for these proceedings, but for all future proceedings, including future trial jurors – suggesting that the case would be indicted. Black alleged that the defense was “desperate” to keep the information “hidden.”

All of the parties served with subpoenas asked the Court to quash the subpoenas on Friday.

and Keith Barber – who were served with a subpoena, and argued that the subpoenas were not properly served in accordance with state law, it was not specific with regard to the party that was requesting the documents, that the information was not in the possession of the attorneys, and that donor information was wholly irrelevant to the case. “Inappropriately unnecessary” is how Hube described the request by the state. He elaborated that the court compelling attorneys for a defendant to reveal such information would be a slippery slope and a precedent he did not believe the court would not want to set.

Hube also contended that the qualifiers for a grand jury merely require a person to be a citizen, a citizen of the respective county, 18 years of age, and, if a felon, with restoration of their rights. “Financial contributions given to any other person are not a disqualifier,” he said before pronouncing that it would be improper for that information to be considered.

Attorney Francys Johnson also appeared before the Court, on his own behalf as well as that

of Betty Lewis. Johnson contended that he and Lewis were served less than 48 hours before the scheduled hearing, both as non-parties to the case in what he called a “fishing expedition” that was oppressive and unreasonable. He said the state’s subpoenas lacked specificity, relevance, and admissibility and the blanket request for “all documents” was not something the state could properly argue for on a case that has not even been indicted. Johnson mentioned that the subpoenas were political in nature when the focus should be “the fair administration of justice.”

Johnson also sought a protection order barring the state from further “harassment” in future subpoenas, but no order or ruling was issued on the matter.

Judge Bennett ultimately granted the motions by Hube and Johnson, citing a lengthy list of issues with the state’s request, including:

He added an additional reason for quashing the state’s request, which was the Court’s direction to the grand jurors and the direction to step aside if there was a familial connection or other conflict. Bennett said he believed in the integrity of the Screven County grand jurors.

The Court heard additional arguments on other matters the Thompson case which will be published on The Georgia Virtue at a later time.

The video from court on this matter is below.