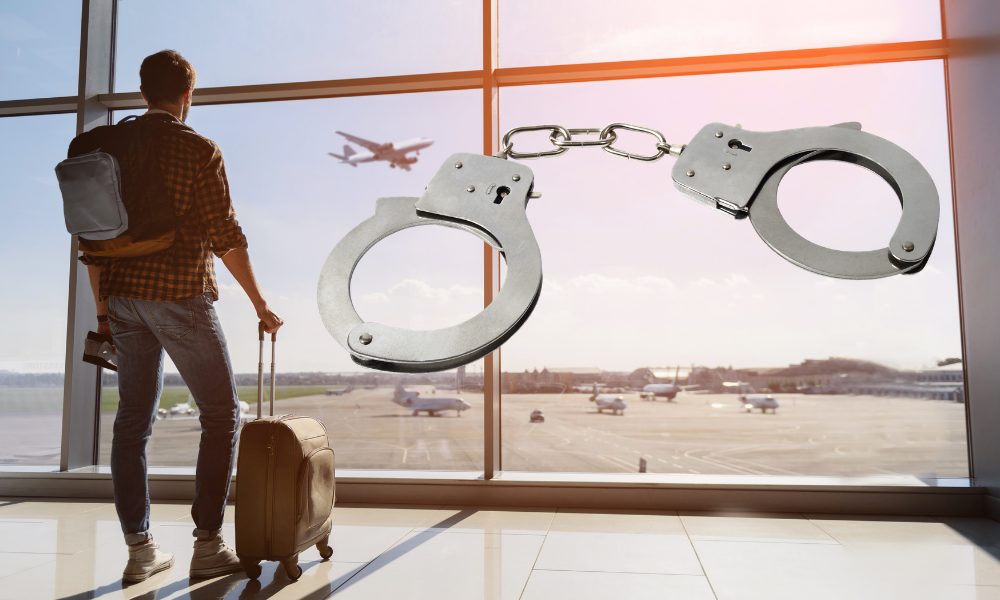 Acting United States Attorney Jennifer Arbittier Williams announced that Donald Thompson, 43, of Scottdale, Georgia, was arrested and charged by Complaint and Warrant on charges of maliciously conveying false information about an explosive, and false information and hoaxes. If convicted, the defendant faces a maximum possible sentence of fifteen years in prison.

The Complaint alleges that on May 27, 2021, defendant Donald Thompson called into the Lehigh Valley International Airport, Operations Division, located in Allentown, PA, stated that he had a disagreement with his daughter S.T., and claimed she was taking marijuana to an individual in St. Croix aboard a Delta flight. After a short discussion, the Operations Division transferred him to the Delta counter.

The Delta representative immediately called law enforcement and corporate security. The airplane was on the tarmac at the time, and the passengers and crew were swiftly deplaned. A search team and bomb dog were deployed to the airplane, and S.T. was screened and questioned by a Lehigh Northampton Airport Authority detective. No drugs or bombs were located on the airplane or on S.T.’s person or luggage.

Donald Thompson was arrested on June 9, 2021 in Georgia and had his initial appearance that same day.  A detention hearing has been scheduled for June 14, 2021 in the Northern District of Georgia, after which the defendant will come to the Eastern District of Pennsylvania to face the charges.

“As a result of this defendant’s alleged conduct, law enforcement resources were diverted to respond to what they believed was an imminent, terrifying threat to everyone on the plane and in the airport,” said Acting U.S. Attorney Williams. “As this case exemplifies, bomb threats – even hoax bomb threats such as the one alleged to have been made by this defendant – are no laughing matter; they are federal crimes with serious consequences.”

“The FBI and our partners take all threats of violence seriously. With lives potentially at risk, we have to,” said Michael J. Driscoll, Special Agent in Charge of the FBI’s Philadelphia Division. “Hoax threats consume law enforcement resources needed for actual emergencies and cause serious disruptions for the locations and people targeted. Anyone who pulls something like this should expect the FBI to come knocking. It’s a crime and you will be held accountable.”

The case was investigated by Allentown Resident Federal Bureau of Investigation, and is being prosecuted by Assistant United States Attorney Mary A. Futcher.

An indictment, information, or criminal complaint is an accusation. A defendant is presumed innocent unless and until proven guilty.