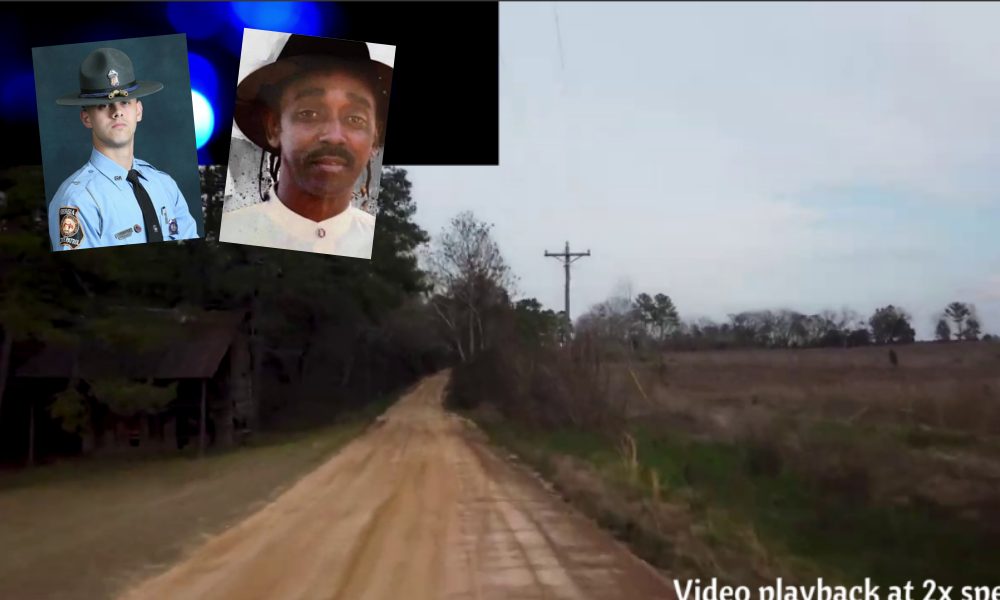 911 records obtained by The Georgia Virtue indicate that equipment on the patrol car of former GSP Trooper Jacob Thompson was not working properly as first responders from other agencies tried to get to his location in rural Screven County the night a pursuit led to an officer-involved shooting that claimed the life of Julian Lewis.

The audio clips detail the forty minute window of time which begins not long after Thompson began pursuing Lewis and spans to almost 9:30 p.m. as assisting agencies and EMS made their way to a remote and largely unknown area of the county.

The Pursuit in a Remote Area of Screven County

While the issue was brought up during a preliminary hearing back in September, a mostly unmentioned component of the pursuit of Lewis by Thompson is how isolated from everything else the chase was. While Thompson initially got behind Lewis on Highway 301, Lewis’ refusal to pull over on the wide shoulder for more than a mile and his passing of the well-lit church at the corner of 301 and Simmons Branch Road entwined the two down narrow dirt roads usually navigated only by residents and their farm equipment.

At the time the pursuit began, Thompson was the only trooper in Screven County. Two other troopers were on-duty but patrolling not far from one another in Bulloch County, almost twenty miles away from Thompson’s location. Both began making their way over to Screven County, but it would be at least 12 minutes before they arrived.

Investigator Dwight Singleton with the Screven County Sheriff’s Office was the only SCSO employee working that night and he was approximately twenty miles northwest of Thompson when the pursuit began. He was also tied up with a child custody dispute and unable to leave when he first received the call from dispatch to assist Thompson with the chase.

Singleton, however, was also the only individual able to guide responding units to Thompson from their respective locations once he learned that shots had been fired as most were unsure of where the road was located or the best route to get there. The Screven County 911 system CADVisor software was initially showing error messages for the location of Simmons Branch Road and Stoney Pond Road with no results for other crossroads for dispatched units to reference.

While making his way across the county himself, Singleton provided directions to EMS, to Oliver Police Chief Pat Kile, and to the Chief Deputy for SCSO. As evidenced by the confusion in the radio traffic, even individuals who have for their entire lives called Screven County home struggled with the context of the short dirt road.

That was only exacerbated by the non-functional GPS locator in Thompson’s vehicle.

As responding units navigated rural roads, downed trees, and the fresh onset of darkness, they reported to dispatch that they needed additional details and more specific context to the area because Thompson’s location was not appearing on the GPS computer system. When working properly, the mobile data terminal (MDT) allows first responders to track where other units are at any given time, providing a visual which allows them to drive ‘toward’ the unit when it is in an unknown location.

The faulty equipment issue may not have made a difference on the night of the shooting given how far away other deputies and troopers were at the time of the incident, but it does draw into question whether any other equipment in the vehicle was not working properly either. What equipment in Thompson’s vehicle revealed during a GBI investigation has, to date, been a pillar of the state’s case against Thompson.

GBI case agent Dustin Peak testified about the timing between Thompson’s foot leaving the vehicle’s pedal and the sound of the gunshot a total of nine times during the preliminary hearing. Troopers are not equipped with body cameras and based on the drawings from the GSP crash report, it would be unlikely for much to be in the camera frame of Thompson’s dash camera thanks to the resting place of the vehicles after the PIT maneuver. The GBI and the Georgia State Patrol have withheld the dash camera footage to date.

The details of the case as attested to in court rely on audio attached to the video and an indicator on the video that shows when the patrol lights are on, when the brakes are pressed, when the brake pedal is released, and if the microphone, which is its own separate device, is engaged. In the September preliminary hearing, the GBI contended that the timeline was based on when they could hear Thompson putting the vehicle in park.

Peak stated nine times that “approximately one second after the vehicle going into park,” Thompson essentially opened the door, unholstered his weapon, and fired one shot into Julian Lewis. That timeline, of course, relies on efficient equipment in proper working order.

The video timeline below uses dispatch audio from Screven County E911, responding SCSO deputies and EMS, details from the GSP crash report following the PIT maneuver, details from testimony of a September 28, 2020 preliminary hearing in Screven County Superior Court, and public records from the Screven County courthouse to piece together a timeline beginning from the time former GSP Trooper Jacob Thompson spotted Julian Lewis to the minutes following the shooting when deputies and officers from across two counties chaotically tried to get to the scene.
Note: Dispatch audio from the Georgia State Patrol radio channel in possession of GSP could be released despite the pending prosecution, but the state agency has chosen to withhold the audio files and other documents. Therefore, they are not included in this timeline.

After Thompson performed a PIT maneuver to end the chase, the vehicles came to a stop and Thompson exited his patrol car, he says he heard the engine revving, and believed Lewis was going to use his vehicle to harm him. Thompson fired one shot, striking Lewis in the head.

The GBI has contended that the use of force was not justified because Lewis’ car was disabled and off when agents arrived on the scene approximately two hours after the shooting. The agency arrested him August 14, 2020 – seven days after the incident and charged him with felony murder and aggravated assault.

Thompson spent an unusual 108 days behind bars as his attorneys made three attempts for bond – in August, September, and November – before Chief Superior Court Judge Gates F. Peed ordered bond.

After 10 months, Thompson’s case has yet to be presented to grand jury.