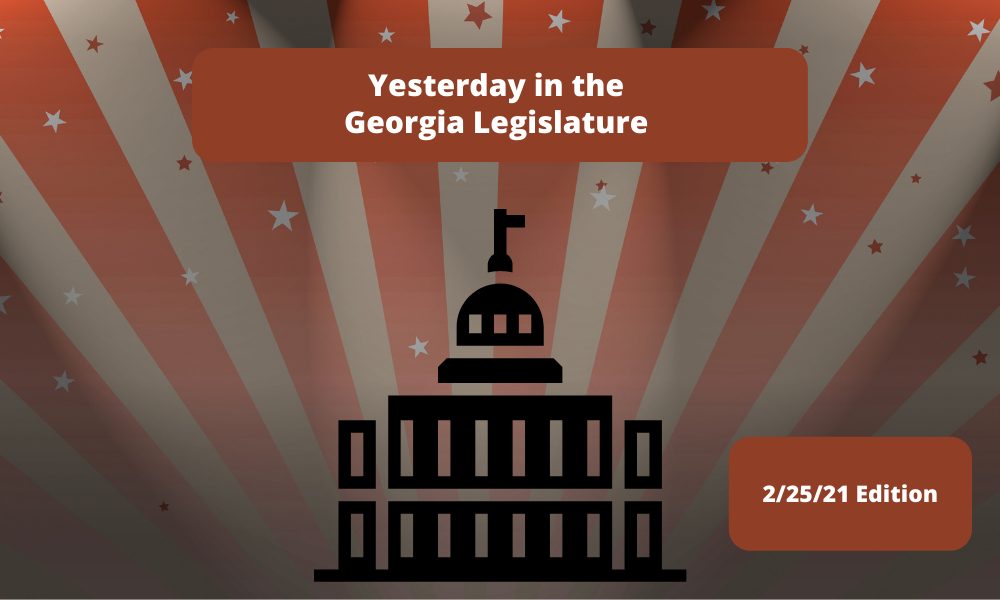 This is an informal rundown of the legislative happenings. These bills are from the most recent legislative day – 2/24/21, or Day 22.

Postponed from Day 21
LINK → https://www.legis.ga.gov/legislation/59296
WHAT THE BILL DOES:

ISSUES: Critics of the bill say the legislation would interfere with the authority of the local governing agency to make tough but often times necessary budget restrictions while bill proponents say it is an imperative boundary to prohibit elected officials at the local level from ‘defunding the police’ in a political move.
PASSED: 101-69

LINK →https://www.legis.ga.gov/legislation/59589
WHAT THE RESOLUTION DOES:

LINK →https://www.legis.ga.gov/legislation/59590
WHAT THE RESOLUTION DOES:

The Senate passed the following measures:

Members of the Council (who would study) would be as follows:

Committee members in the legislature would be:

PASSED: 53-0
This bill now heads to the Governor’s desk.

Summer Program for Rising Kindergarteners To Be Offered This Year