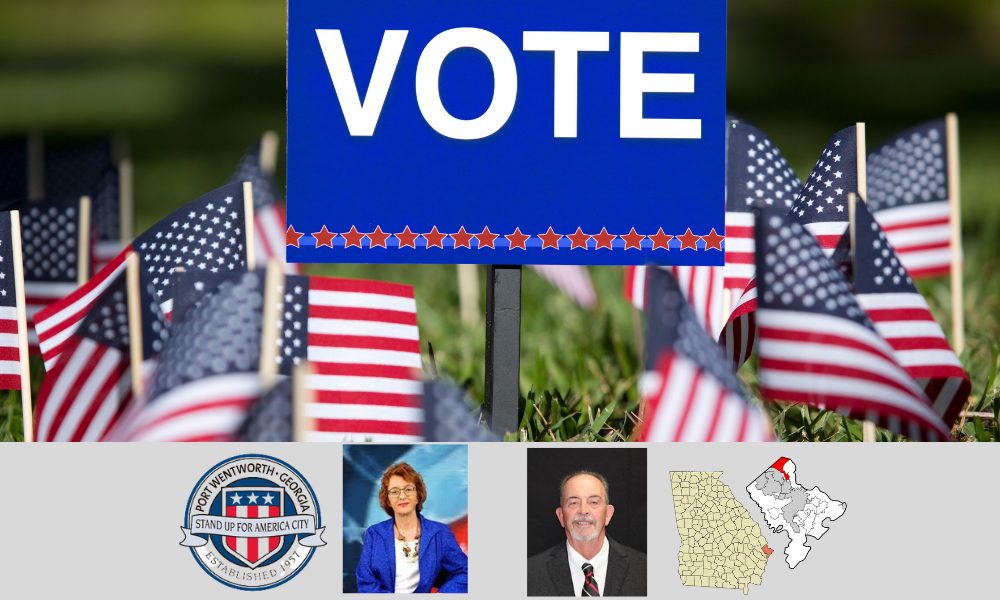 A candidate seeking office in the City of Port Wentworth claims that police are removing campaign signs from the yards of her supporters at the direction of the mayor, a move she says places city police in a predicament.

The directives for removing signs are reportedly coming from Port Wentworth Mayor Gary Norton, who is running unchallenged. Norton has publicly declared his support for incumbent City Councilwoman Linda Smith, who is challenged by Jo Smith (no relation).

On Jo Smith’s campaign Facebook page, she cites a city ordinance that limits campaign signs to one sign per yard, however, the Municode of Ordinances does not reference any such limitation in its contents.

In Chapter 19.1 of Port Wentworth’s Code of Ordinances, signs are deemed ‘an important medium through which individuals may convey a variety of messages,’ but left unchecked, the city says, ‘signs can become a threat to public safety and detriment to property values and the city’s overall public welfare as an aesthetic nuisance.’ The preface to the ordinance, which was last updated in 2009, also states that signs can ‘hamper economic growth and adversely impact public investments.’

The city’s ordinance also requires a permitting process, which includes sign details, how it will be posted, written consent of the property owner, and other items and a permit fee of $5.00 per square footage of the sign. In residential areas, signs cannot be more than 16 square feet in size and cannot exceed 5 feet in height with posts.

The issue in Smith’s case, at least in part, deals with the ordinance which addresses signs that are 16 square feet or larger. This would encompass any campaign sign that is 4×4 in size.

Port Wentworth code enforcement penalties provide for issuance of citations, revocation of sign permits, and $150.00 fine for each violation. Each day a sign is posted constitutes a separate violation.

In Port Wentworth, citations haven’t been issued – at least not to date. In some instances, a verbal warning was issued with the threat of a citation while in other instances, signs were removed by city officials or police or were bent over to be less visible from the roadway.

Aside from signs placed in residential areas subject to Homeowners Association covenants, political signs are widely protected by the First Amendment of the U.S. Constitution. In 2020, the City of Luthersville in west Georgia attempted to force the removal of a campaign sign stating that political signs could not be placed until 30 days before an election and must be taken down 10 days after the election.

The candidate, State Representative Bob Trammell, who at the time was the Minority Leader in the Georgia House of Representatives, contended that the 2001 ordinance was a violation of the First Amendment and one on which the United States Supreme Court had previously ruled. The high court has ruled against “content based” restrictions on signs because they treat different signs differently because of the message they convey.

In 1994, SCOTUS ruled that the display of political and other types of signs on residential property is a unique, important, and protected means of communication and towns cannot restrict the display of such signs. The Court upheld lower court rulings declaring an ordinance that bans residential signs an unconstitutional restriction on the freedom of speech (City of Ladue, et al. v. Margaret P. Gilleo, 114 S.Ct. 2038) and specifically found that the town’s interest in regulating signs or eliminating clutter does not outweigh its residents’ right to free speech. Also of importance, the Court recognized the special place that individual liberty in the home holds in our culture and our law.

The Court revisited the issue in 2015 and held the same in Reed et. al v. Town of Gilbert, AZ et al – political signs are protected speech, particularly on private property.

The City of Luthersville ultimately stopped enforcing the ordinance.

Candidate Responds to Enforcement of the Ordinance

Jo Smith issued a press release on the matter following the weekend of enforcement. In it, she said:

“The Port Wentworth police were knocking on doors and telling people to take down her campaign signs at threat of citation and hefty fines. In many cases, the police didn’t bother knocking but just walked uninvited onto residents’ lawns and removed the lawn signs themselves. This puts the police in the position to choose which political sign is allowed to stay in a yard, a very disturbing thought. In cases of large 4’x4’ signs that were put into the ground with a post hole digger and couldn’t be removed by hand, the signs were bent to the ground, so the wording couldn’t be seen. “My supporters are frightened but also furious,” she said.

“This is a case of weaponizing the majority all-white police force acting with impunity to intimidate voters in communities of color. It smacks of Jim Crow voter suppression. I called the mayor to tell him it was unacceptable to weaponize the police department against his political opponents. But he hung up on me.”

“I guess I’m making an impact for this to happen. This ordinance has NEVER been used. I have called on over 400 homes and planted approximately 200 signs in yards over the past few months. This is in stark contrast to the anemic support being shown the incumbent. They can’t stop change, it’s already here.”

Mayor Gary Norton was not originally running unopposed. He had drawn opposition by Julius Hall, but Hall was disqualified last month after a Chatham County judge ruled Hall ineligible for office because he is a convicted felon. Hall was convicted on federal charges in 1991 for his part in a cocaine conspiracy as a Savannah Police Officer. While his rights have been restored by the State Board of Pardons and Paroles, the Georgia Constitution says a felon cannot seek office for 10 years following the conclusion of their sentence. Hall completed his prison sentence in 2013 and was released from supervision in 2016.

This week, Hall appealed to the Georgia Supreme Court, seeking to overturn the Chatham County ruling, but the state’s high court dismissed his appeal to reinstate his candidacy.

Hall told the Savannah Morning News that there is “too much confusion with the rules, regulations, and eligibility requirements.”