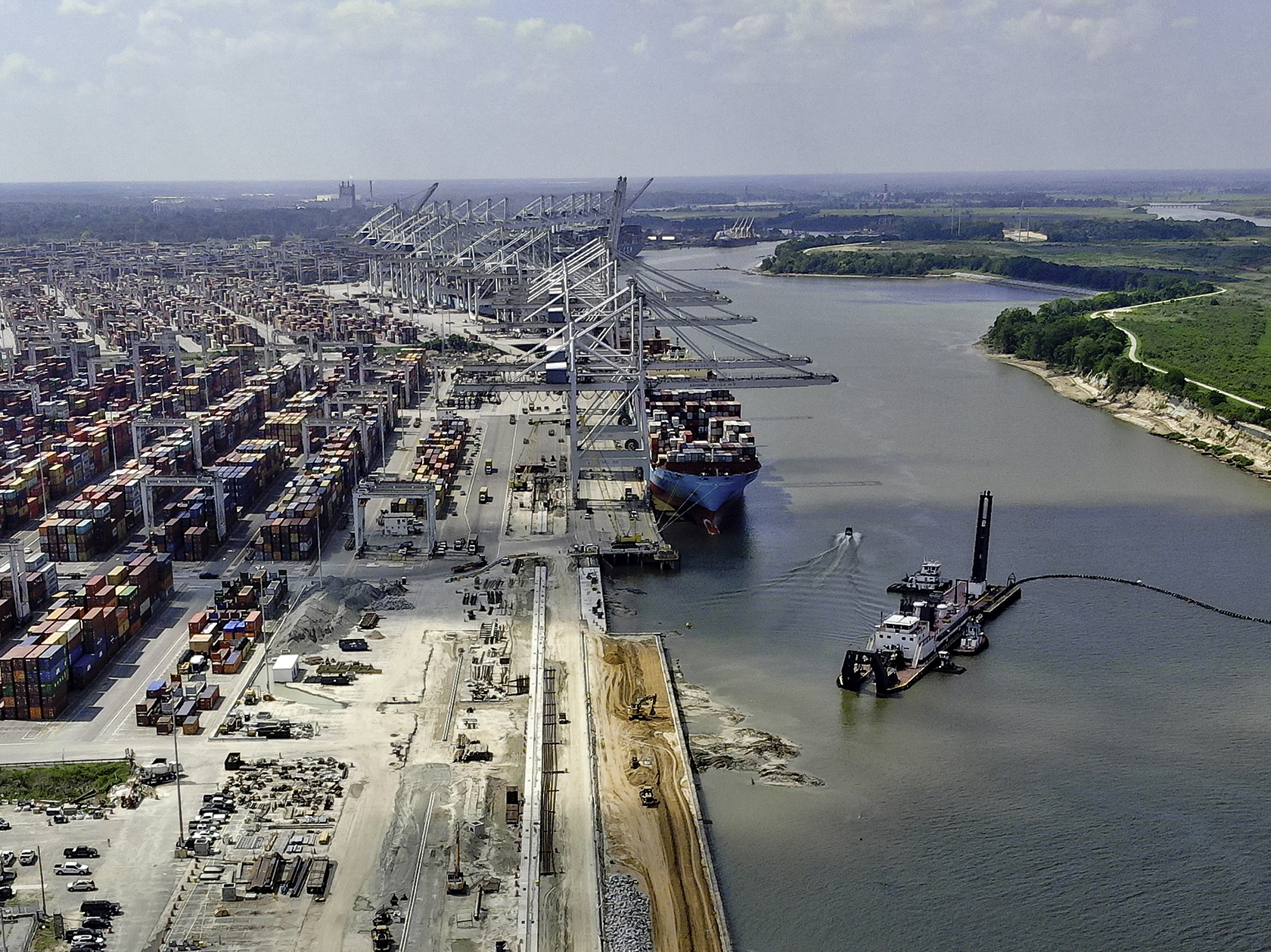 The Port of Savannah handled more than 519,000 twenty-foot equivalent container units in May, a record. Georgia Ports Authority is expanding Berth 1 (50 percent complete) and yard capacity in Savannah to accommodate the growing container trade. (Georgia Ports)

The Georgia Ports Authority moved an all-time high 519,390 twenty-foot equivalent container units in May, breaking the previous record of 504,350 TEUs set in October 2021.

“Despite global supply chain challenges, the Port of Savannah continues to be an economic driver, providing reliable, world-class service for port customers across our state and nation,” said Georgia Gov. Brian Kemp. “Delivering new opportunity for hardworking Georgians and supporting economic prosperity across the Peach State is central to the mission of our deepwater ports.”

GPA Executive Director Griff Lynch noted Garden City Terminal is handling more business during the current influx of trade than during the previous spike, last fall. The additional trade is driven in part by vessels diverting to Savannah from other East and West Coast ports.

“Strong consumer demand continues to drive higher volumes at the Port of Savannah,” Lynch said. “The infrastructure improvements and pop-up yards approved by the GPA Board have enabled our operations to maintain the flow of cargo across our terminal, despite unprecedented container volumes passing through the port.”

As of April, GPA has added 900,000 TEUs of annual capacity to Garden City Terminal. Another 300,000 are expected to come online in July for a new total of more than 7 million TEUs of container handling space.

Additionally, Phase I of the Garden City Terminal West expansion has added a 25-acre container yard adjacent to Ga. Highway 21, a principal truck route approaching the main terminal. Phase II will add up to 1 million TEUs of annual capacity, which will begin coming online in 2023.

“By increasing container space at Garden City Terminal, GPA is accommodating the expansion in global commerce that supports job growth in Georgia,” said GPA Board Chairman Joel Wooten. “Industries from logistics to auto manufacturing, and agriculture to retail depend on Georgia’s ports for reliable supply chain solutions.”

The Port of Savannah completed 327,400 truck gate moves in May, counting loaded import and export containers, as well as the movement of empty chassis. Thanks to the flexibility of motor carriers taking advantage of night gate hours, Garden City Terminal facilitated more than 15,000 truck moves between the hours of 7 and 11 p.m. last month, up from just over 10,000 in April. Another 48,000 containers (approximately 88,000 TEUs) moved by rail in May.

In addition to the container trade, GPA achieved a 28 percent increase in breakbulk cargo for the month. Breakbulk commodities including iron and steel, rubber, and forest products reached 320,722 tons in May, up 70,780 tons.