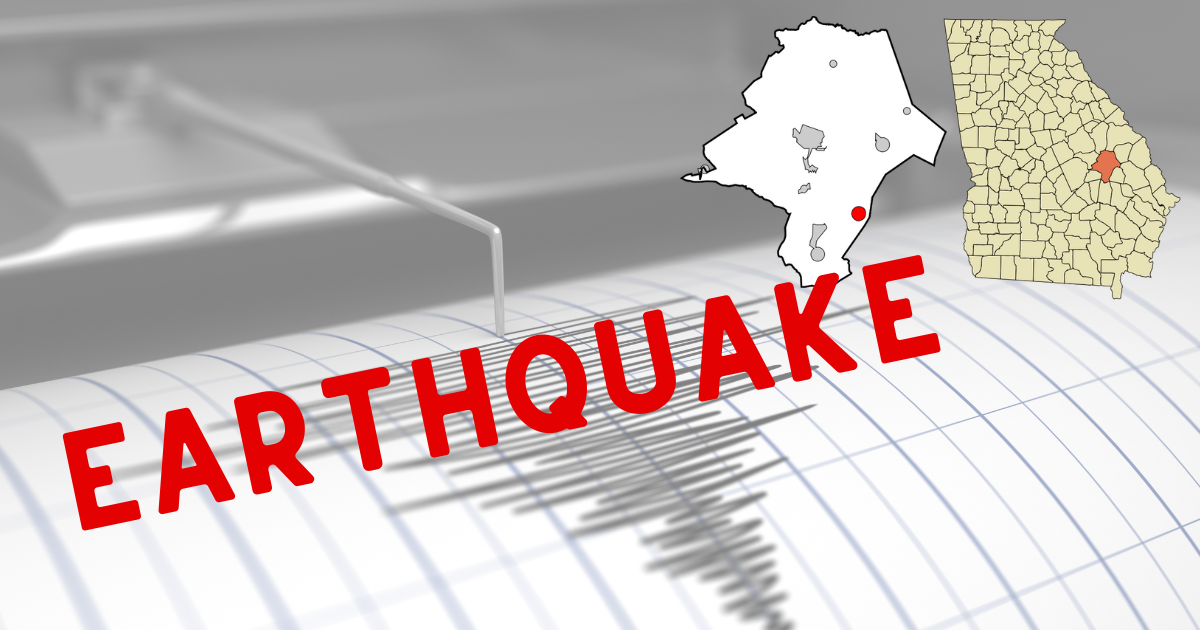 Yes, it’s true.
No, it isn’t ‘fake news’ on social media.
There really was an earthquake in Southeast Georgia in the early hours of June 18.

According to the United States Geological Survey, a 3.9 magnitude earthquake shook the small town of Stillmore in Emanuel County just after 4:00 a.m.

The USGS said the earthquake hit at a depth of 0.8 km. While not deep, reports of the shakes were reported in Metter, Statesboro, down to Brunswick and as far away as Augusta and Macon.

According to the earthquake tracker Volcanic Discovery, the estimated seismic energy released totaled 4.5 x 1010 joules, or (12.4 megawatt hours) equivalent to 10.7 tons of TNT.

An individual from Swainsboro, not far from Stillmore, reported:

“I felt it just sitting here in my bedroom looking at my phone. It kinda made me dizzy or nauseous for a second. Decor on wall also was kinda shaking. I’m used to feeling the earth shake from the military base training here close by but this felt different“

In Metter, approximately 3.6 km from the origin, one report to the USGS stated,”It was very loud almost sounded like a bomb. It shook the bed an vibrated the whole house. It made me feel a little dizzy.“

Another person from Portal reported a ‘rattle’ for two to five seconds. “Heard our closed doors rattling and felt the house moving. Went outside and the pool water was rippling in a uniform pattern.“

A Soperton resident said, “Heard a low rumble then it got little louder and the a jolt the shook the house and then rumble stopped.“

Initially, the earthquake was recorded at 4.5 magnitude but that was later revised by the USGS.