Pecan is Now the ‘Official State Nut of Georgia’ 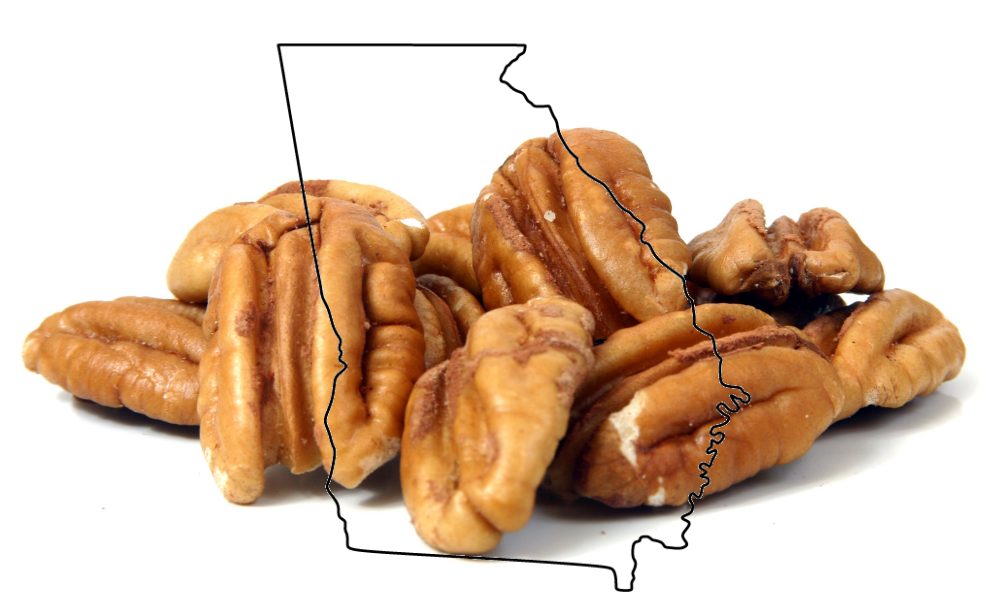 It’s official! The pecan is now the official state nut of Georgia!

Thanks to the signature of Governor Brian Kemp on Senate Bill 222, the nut will now have new marketing opportunities for both growers and shellers.

Kemp signed the bill into law last week in Dooly County with a crowd of approximately 100, including lawmakers, members of the Georgia Pecan Growers Association, the Georgia Farm Bureau, the Georgia Agribusiness Council, and representatives from the Georgia Department of Agriculture.

“Businesses like the Ellis brothers are the heart of what this legislation designating the pecan as Georgia’s official nut is about,” Gov. Kemp said. “Make no mistake, the backbone of Georgia’s economy is places just like this owned by hardworking Georgia families. I’m excited to be in South Georgia and talking about the No. 1 industry in the state.”

Georgia Commissioner of Agriculture Gary Black assured signing ceremony attendees that Georgia’s peanut crop was not being slighted by establishing the pecan as the state nut since peanuts are a legume and have previously been designated Georgia’s official state crop.