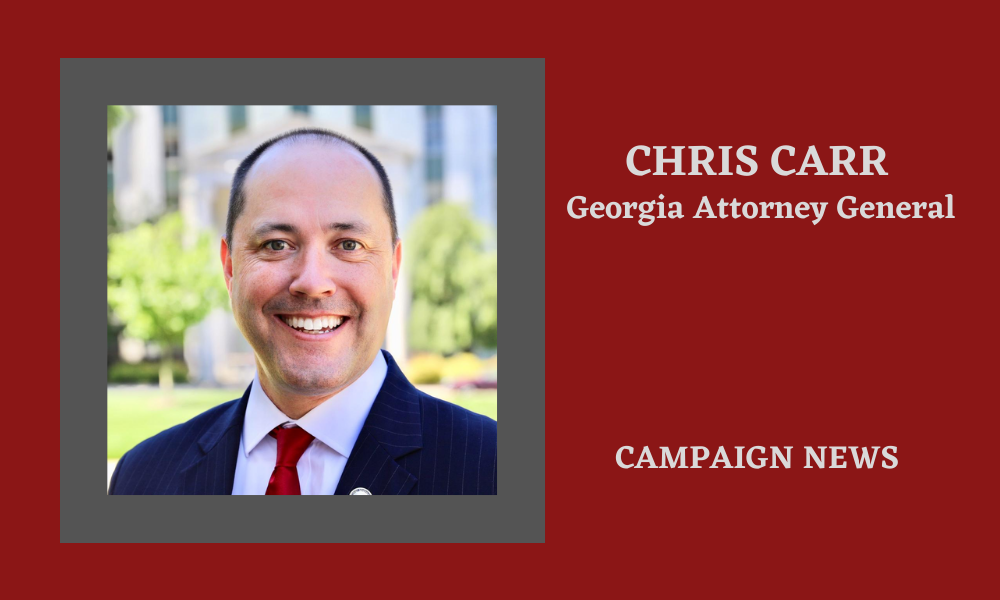 Georgia Attorney Chris Carr said this week that he plans to seek another four-year term in office.

In a campaign re-election announcement, Carr pledged “to continue the fight to protect Georgians, uphold the rule of law, defend our Constitutional freedoms and push back against federal overreach.”

Carr was appointed to the position by Governor Nathan Deal in 2016 after working for Senator Johnny Isakson. At the time of his appointment, Carr had never tried a case in a courtroom and had only recently become an active member of the State Bar of Georgia.

Carr’s campaign will focus on his “push to protect Georgians from human trafficking, gangs, elder abuse, scams, cyber crimes and the opioid crisis.” He also cited the defund the police movements taking hold around the country and his continued partnerships with law enforcement.

“I am running for re-election as Georgia’s Attorney General to build on our proven record of protecting Georgians’ lives and livelihoods so that Georgia can continue to be the best state in the nation to live, work and raise a family,” Carr said in a press release earlier this week. “I am proud of our results in going after criminals who prey on our most vulnerable with human trafficking, gang activity, scams, and elder abuse. I took an oath to uphold our laws and that is exactly what I have done.”

“At the root of every action I take, I am working to protect the very freedoms that make our country great. I want to ensure that we live in a nation where our freedoms are not compromised, where the rule of law is respected and where values mean something,” Carr said.

Two Democratic candidates have already announced their candidacy in hopes of taking on Carr in the event that he has no Republican opposition. State Senator Jen Jordan announced last month following a launch of a campaign by Charlie Bailey, who narrowly lost to Carr in 2018 with 48.7% of the vote.

Georgian Among Those Charged in Federal Indictment for Tax Fraud Scheme