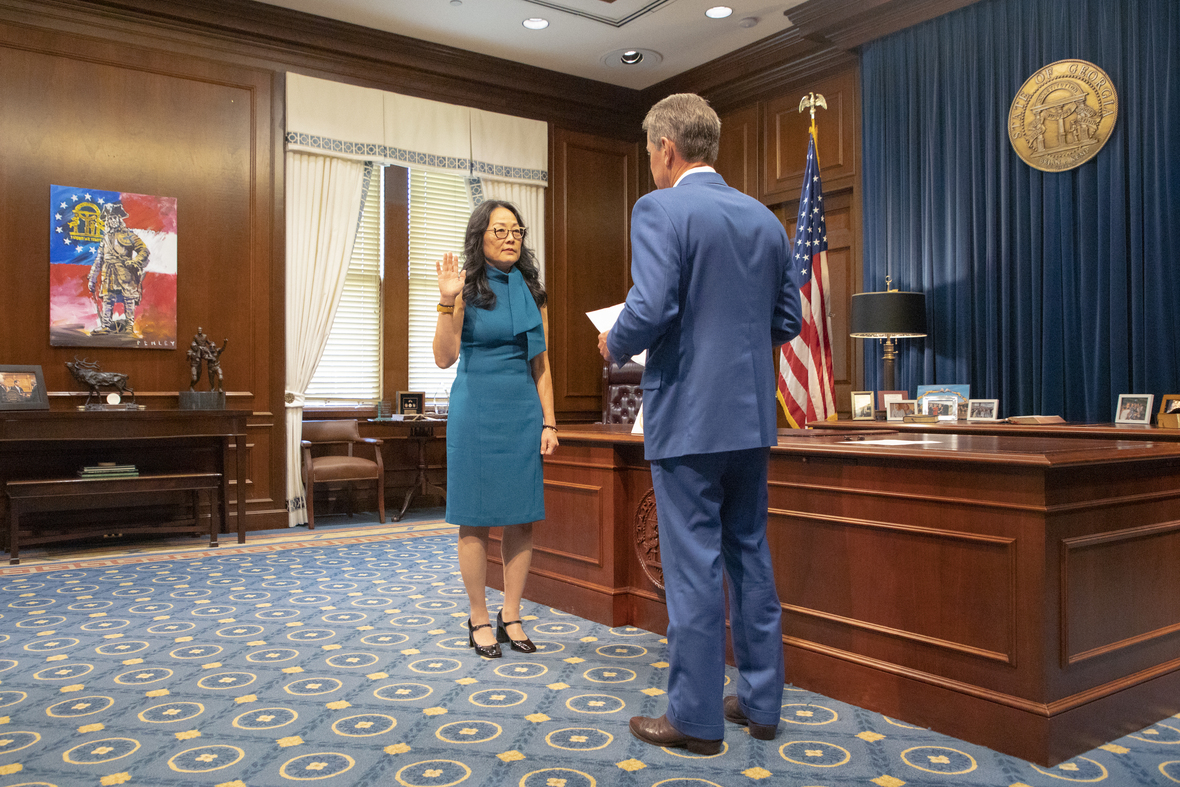 Governor Brian Kemp swore in Leda Chong on Wednesday and reappointed two officials to the Georgia Ports Authority Board of Directors.

Leda Chong is Senior Vice President, Government Programs & Sales at Gulfstream Aerospace Corp. where she is responsible for worldwide government and special mission sales and marketing, international relations and business development, government contracts and trade and regulatory compliance. She previously served as Senior Vice President of Strategic Planning and Senior Vice President, Asia Pacific at Gulfstream. Chong joined General Dynamics in 2007 as a Director of Government Relations and was appointed Staff Vice President of Government Relations in 2009 and later served as head of the Asia-Pacific region for the General Dynamics Aviation business group, which includes Gulfstream and Jet Aviation. Prior to joining General Dynamics, Chong was a career military officer serving in various leadership roles in the U.S. Navy. She is a native of Hong Kong and is also fluent in Chinese. She graduated magna cum laude from the University of California, San Diego, with degrees in applied mathematics and French literature.