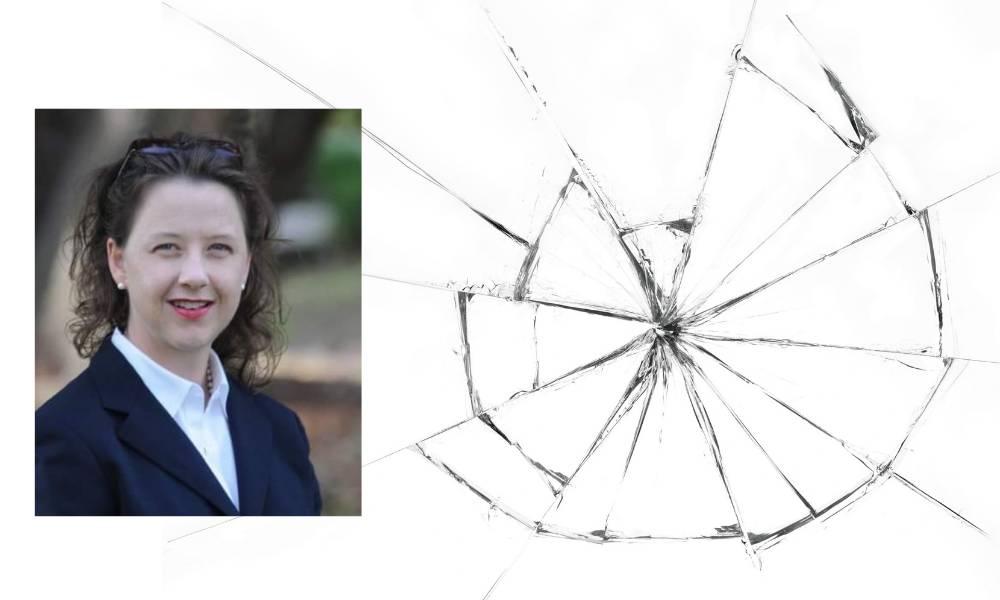 With less than three weeks until Election Day and amid one of the most watched contested elections in the state, the office of Brunswick Judicial Circuit District Attorney Jackie Johnson is reportedly scaling back duties to avoid political repercussions.

Documents suggest that DA Jackie Johnson is refusing to work with the Glynn County Police Department as required by law.

A Memo by a Glynn Co. PD Investigator Whom the District Attorney’s Office Would Not Advise

An undated memo signed by Glynn PD Investigator Heather Savage says she contacted Liberty Stewart at the District Attorney’s office in September 2020 pertaining to one of her open cases. Savage stated in the memo that Stewart claimed the Glynn County police officers had thrown the District Attorney’s office “under the bus” in recent months, which exacerbated ongoing issues between the two agencies. Stewart allegedly stated that it was a common sentiment among the office that employees did not feel comfortable working with the GCPD, to the extent that there were concerns about providing opinions and guidance on ongoing cases.

Savage wrote that both she and Stewart articulated how they wished there were better working relationships among local agencies and both vocalized hope of improved relations after the November election. “It was stressed to me that Liberty’s goal was to one day be able to sit down with investigations and discuss our cases and that she would like to have that relationship, but until other known and unknown issues were resolved that it did not seem possible (no date provided to restore relationship),” Savage wrote. She stated that she informed Stewart that she would need to speak with her supervisors about the unwillingness of the office to work with GCPD and Stewart reportedly stated that she understood.

According to the memo, Savage shared the chain of events with Captain Tom Jump, Lt. Brandon Greggory, and Lt. Jeremiah Bergquist, and in part to CID Sgt. Stephanie Oliver. [You can read the memo in its entirety here]

But the contention is particularly concerning given that Georgia law requires district attorneys to assist to some degree in ongoing investigations. In subsection (7) of O.C.G.A. 15-18-6, which outlines at least 11 codified duties required of a duly elected district attorney, it is stated that a district attorney should “advise law enforcement officers concerning the sufficiency of evidence, warrants, and similar matters relating to the investigation and prosecution of criminal offenses.”

It’s also a direct contradiction to a statement made by Johnson in the wake of the outcry over the handling of the Ahmaud Arbery case. On May 8, 2020, an official statement from Johnson said:

A recording between Glynn PD Captain Tom Jump and Chief Jay Wiggins discussing the refusal by the DA’s office to work with the local agency indicates that Wiggins was notified of the conversation between Stewart and Savage after Savage documented the conversation and notified supervisors.

Captain Jump can be heard asking Wiggins, who scheduled a meeting with Liberty Stewart after receiving the memo by Savage, if [Jackie] will be in the meeting and if anyone attending has the guts to ask tough questions. When Wiggins skirts the question, Jump says, “That’s the problem. Nobody wants to fix the problem. Nobody wants to deal with it head on, they just want to dance around it. Who cares who gets screwed over in the process?”

Wiggins then told Jump that there was a lot of water under the bridge and that he is not sure if he can fix it. He can be heard on the audio telling Jump that he went to the county attorney, Aaron Mumford, and the county attorney contacted the Georgia Attorney General’s Office about appointing another district attorney because of how contentious the working relationships are with DA Jackie Johnson. Wiggins tells Jump they AG’s office said ‘NO’ and that that would be ‘unprecedented.’ He then told Jump he wanted the issue resolved and he didn’t want Jump to feel targeted. Later in the conversation, which occurred in October 2020, Wiggins says he has not spoken to Jackie Johnson since ‘the McMichael’s arrest’ — on May 8, 2020, approximately four months prior.

“If I end up having to talk to Jackie, I might be the next guy indicted,” Chief Wiggins told Jump.

As Jump laments at how harmful to productivity that the DA’s office won’t work with the PD, Wiggins tells Jump, “If you’re looking for me to argue with you, I’m not going to.”

“I’m not trying to-” Jump interjects. “I’m just telling you that these childish things should have never happened.”

“It shouldn’t in this profession,” Wiggins says. “This is too important of business. People’s lives depend on this. And for it to have gotten to this point that it’s at now is just amazing to me. I can’t believe that it’s come to the point where it is right now. And…I don’t know that I can fix it.”

Contradictory to Previous Actions with the Glynn County PD

Johnson’s office has not always taken this position.

Part of the contention in the now-infamous Ahmaud Arbery case lent itself to the fact that the office reportedly advised Glynn PD investigators not to arrest Travis and Greg McMichael after the Ahmaud Arbery shooting. At least three GCPD employees attested that Johnson instructed investigators not to make an arrest of her former Investigator, Greg McMichael, and his son. Johnson testified to as much on the Butch and Bob Show in May 2020 (29:50 mark)

After the GCPD claims, Johnson blasted the PD as incompetent saying, “…the GBI was able to investigate, make a probable cause determination, and make arrests within two days of receiving the case. That is what a law enforcement agency does, and if the Glynn County Police Department is unable to make a probable cause determination on its own, why do we have a Police Department?” But in that instance, a new prosecutor had been appointed to assist in the case and all agencies, including those at the state level, were working closely together to remedy the effects of previous mishandling. Johnson has refuted the claims but has provided little evidence to the public to substantiate her argument.

And prior to the Arbery case, the BJC DA’s office was heavily involved in how then-BJC Public Defender Billy Reid Zeh was investigated and prosecuted in a case involving a female victim who was reportedly sexually and physically assaulted by Zeh. Numerous pieces of evidence referenced in documents outline a timeline of abuse, including:

Perhaps most alarming, however, is the documentation and testimony in a lengthy court hearing detailing how the district attorney’s office, particularly Liberty Stewart, withheld a second video of an even longer, more violent physical attack spanning almost two hours.

The DA’s office was in possession of the video for eight months before it was turned over to GCPD investigators, and only after Stewart was questioned about having it during a joint interview with the victim by GCPD. Stewart ultimately turned the video over to GCPD and later instructed investigators not to take out additional warrants on Zeh.

Allegedly it had been decided that Zeh ‘would be indicted’ for acts in the video from eight months prior when the 2019 incident went before a grand jury, but the the DA’s office had not previously disclosed having the video or the incident occurring to investigators at all until after the August 2019 investigation so it is unclear how the DA’s office planned to bring the events of November 2018 before a grand jury when there was no open investigation.

The Glynn PD ultimately took out additional warrants for Zeh, which upset the DA’s office.

Johnson’s advocacy for elimination of the police department has been criticized as ‘political’ and while state lawmakers capitalized on the Ahmaud Arbery case as justification to shuffle the legislative initiative to dissolve the PD through the General Assembly, the issue has been hotly contested in the Glynn County community since the get-go.

The divide has only been exacerbated by the negative publicity that continues to plague the tenure and re-election of D.A. Jackie Johnson – the target of numerous conflict of interest allegations, a GBI investigation, a DOJ investigation, and an inquiry by the Georgia Attorney General’s office all within the last six months in the wake of the Arbery case. Johnson is also under fire for initiating a case and appointing her own special prosecutor, a violation of state law, in which she has sought to prosecute four current and former Glynn County PD employees for offenses that are not criminal in nature. The state ultimately stepped in and appointed an independent DA from southwest Georgia and a number of those charges have been dismissed.

Johnson has threatened legal action against those who have spoken against the actions of her office, including Glynn County Commissioners.

More recently, a ballot initiative on whether or not to dissolve the GCPD was struck down as ‘unconstitutional’ by Atlantic Judicial Circuit Judge Charles Rose, Jr. back in September. The referendum idea was sparked by Brunswick Judicial Circuit District Attorney Jackie Johnson who brought the matter before a grand jury in 2018 in hopes of garnering a recommendation to place the issue on the ballot for voters to decide. After the grand jury made an affirmative recommendation, Johnson advocated for state lawmakers – including Senator William Ligon and Rep. Don Hogan – to act. Outgoing State Representative Jeff Jones was the sole ‘NO’ vote from the Glynn County delegation.

As has become the standard, Johnson did not respond to requests for comment.

New Bakery Coming to Bulloch County at the End of October