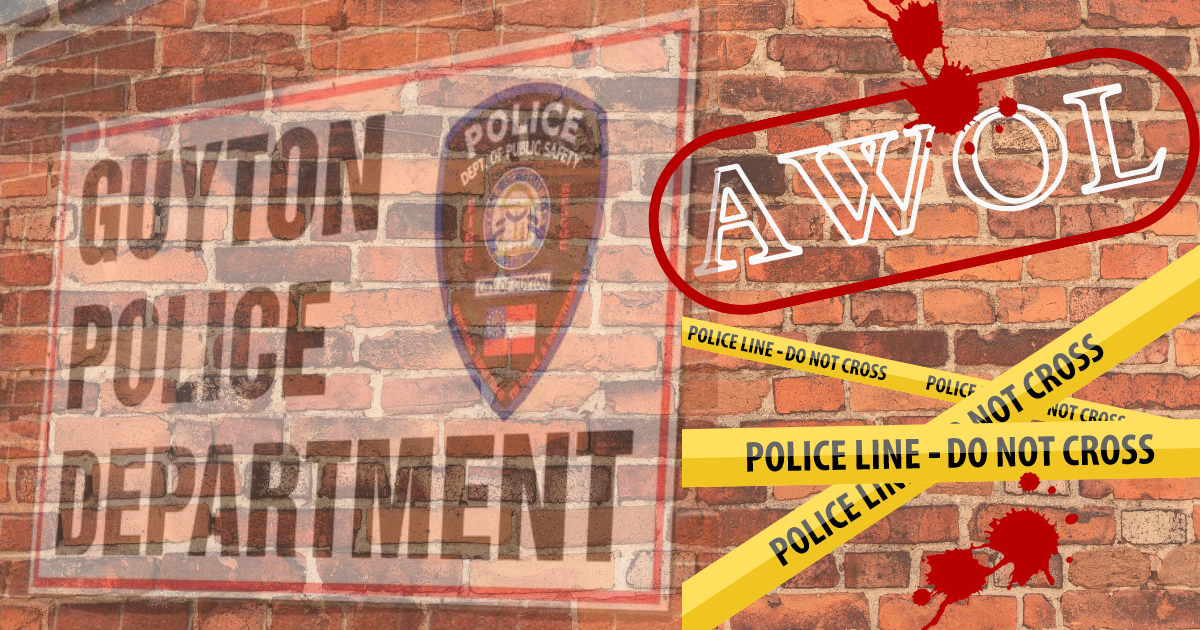 The Guyton Police Department says they operate 24/7 and have since October 2021, but when a man was shot and killed in his driveway early Saturday morning, Guyton Police Officers were the last on the scene.

News reports over the weekend indicate that Guyton police were called to the 300 block of Brogdon Road early Saturday morning about a possible shooting. Authorities arrived on scene to find a man had been shot and killed. The GBI was promptly called in to handle the investigation as, the public would later learn, the victim was a corrections officer.

For reference, the city limits of Guyton are 3.2 square miles while Effingham County spans across 478 square miles. ECSO deputies are assigned to zones (or districts) within the county for the purposes of patrol.

Timeline of the Tragedy

In the 45 minutes immediately following the shooting, no Guyton Police Officer responded over the radio at any point that they were en route to the scene, nor did any officer notify dispatch that they were close by, en route, or on scene.

According to the CAD activity report for June 4, 2022, which details radio traffic, patrol, and calls for service for ECSO, Guyton PD, Springfield PD, Rincon PD, Effingham Fire, and Effingham EMS, there was no Guyton radio traffic between 12:01 a.m. and 4:45 a.m. on June 4, 2022.

But what about the 24/7 police coverage in Guyton?

Chief James Breletic told a local newspaper in May 2022 that the agency has been 24/7 for the last eight months – a grand surprise to nearly everyone given that the article was the first mention of such.

“People don’t realize it but we’ve been running full time since October of last year,” Breletic said in the article. “Even in the middle of the night when you don’t see us, we are out there. That’s helping us deter the crime.”

But the lengthy response time in the small town suggests that on the morning of June 4, 2022, Guyton police were not out there, nor were they deterring crime.

The Guyton Police Department Headquarters is 0.8 miles from the crime scene – a drive time which totals two minutes. The distance to the crime scene from even the outermost limits of the city of Guyton max out at 1.6 miles away – a less than five minute drive time, especially at 5:00 a.m. Given that the chief was not wearing a uniform and arrived fourteen minutes after being dispatched, it seems unlikely that he was the officer working the shift.

So where were the Guyton police?

Traditionally, a 24/7 police department is defined as one which operates with at least one officer on shift in the jurisdiction 24 hours per day, seven days per week.

During a June 2021 council meeting, Breletic told the council that he would notify the council when he “believes it is ready to operate around the clock.” TheGeorgiaVirtue filed an Open Records Request with the City of Guyton on June 3, 2022, seeking a copy of that notification. The City responded and said no such documentation exists.

In an effort to avoid claims of defamation by GPD, TheGeorgiaVirtue also filed an Open Records Request with the Effingham County Sheriff’s Office with regard to any documentation which would reflect notification by Breletic or the City of Guyton as to the operation of a 24/7 agency. The agency had no such documentation or record from the City of Guyton.

911 CAD reports routinely show long gaps without police activity and several nights each month without business premise checks, neighborhood patrol, or any interaction with the public. The City of Guyton also refuses to release any information pertaining to the PD work schedules or coverage times deferred to the Effingham County Sheriff’s Office, suggesting that it would subject the city to criminal activity. Subsequently, no documentation exists to demonstrate to the public that the agency is, in fact, 24/7.

In the previously referenced news article, Breletic told the author that they take every call seriously. “When we get a case, we investigate it to our [sic] fullest,” he said. Though that opportunity did not present itself with the most recent homicide, for at least two reasons: 1) Guyton police were the last to arrive on scene and 2) the agency has no Criminal Investigations Division to handle such cases. According to news reports, the GBI was called around 6:00 a.m. and the state agency continues to handle the investigation.