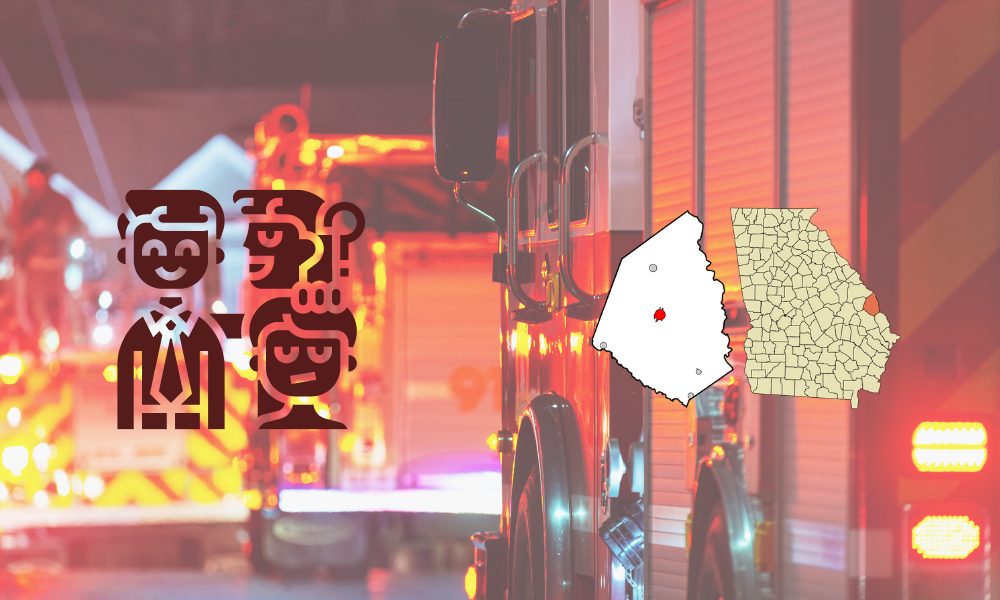 Screven County’s lack of enforcement of its own policies and its failure to fill vacant positions is causing strife within county departments and amongst county workers, ultimately resulting in the departure of tenured employees.

The discord arises from the county’s dated policies on personnel – some of which conflict with one another – and the county’s seemingly outright disregard for other expressly stated policies which seek to govern county employees. In particular, Screven County’s handling of nepotism, employee grievances and appeals, and the personnel policy generally are sources of friction.

Though the employment of the Screven County Fire Chief and his wife are not new developments in Screven County, the conflicts that arise from the chief’s supervisory authority of a spouse recently came to a head when a longtime firefighter was terminated and an inmate firefighter was involved in a physical scuffle.

Issues with the personnel policy have penetrated at least one department across two incidents in the last several months. The Screven County Fire Department is overseen by Fire Chief Harvey Cryder Jr. who supervises a limited number of full-time firefighters and more than two dozen volunteer firefighters. Among the full-time employees Cryder supervises is his wife, Jordan Cryder, who is a firefighter and a training officer for the department. Jordan Cryder is also the daughter of former county commissioner Michael McBride, who was ousted in the November 2020 election.

The first incident involved a previously employed firefighter, Eli Page. Page was disciplined for insubordination in February 2021 after seven years with the fire department. The February 2021 issue stemmed from a dispute over whether or not Page should share quarters with Jordan Cryder while they were on the same shift. (Page had repeatedly refused) On February 5, Page was suspended from his position ‘until further notice’ and was told by Fire Chief Harvey Cryder a meeting would occur with him and Page the following Monday. Page was never given anything in writing on how long he would be suspended or for what particular offenses. Citing another reprimand by Jordan Cryder and the matter of insubordination that prompted the suspension, Page was ultimately terminated by Chief Cryder and escorted off of the premises.

Page sought to appeal the disciplinary matter, but when he tried to take the appeal to the county manager, Page was told no county manager was employed to hear his appeal at this time. County Manager Rick Jordan resigned nearly two years ago and Lori Burke has been serving in a quasi-interim position ever since, but does not hold the official title of ‘county manager.’

When Page sought to bring the issue before the Board of Commissioners, he was dismissed from the meeting and told he could not speak. Commissioners told Page that his discussion item was not on the agenda, however, Page had filed paperwork and requested to be placed on the agenda the week before the meeting, per county rules, which is why he was recognized to speak. Chairman Will Boyd took issue with the topic of Page’s former employment not being on the agenda. Though he was present and spoke at the meeting, Page is not referenced in the February 9, 2021 commission meeting minutes.

Frustrated by the commissioners unwillingness to hear concerns of a former employee and the county’s seemingly absent grievance process for discipline, Page ultimately abandoned his attempts to get his job back and became employed by another agency.

The other incident involved an inmate who worked for the fire department through a program with the Georgia Department of Corrections. The inmate and Jordan Cryder reportedly had an altercation during a training session in February 2021 which escalated to Cryder reportedly placing her hands on the inmate. The inmate shouted back, additional verbal exchanges took place, and the inmate ultimately quit the fire department program. County officials were notified of the incident but it was not documented on paper.

The two incidents led to the departure of two other fire department employees who were frustrated with the goings on.

The Screven County personnel policy, provided to The Georgia Virtue in an Open Records Request, bars “close personal relatives” of “an existing elected official, county manager, Department Head or Supervisor has [sic] direct supervisory authority.” The nepotism policy, which was first outlined in 1995, was most recently revised in September 2005.

The written policy also outlines that no employee may lose their job because of the election or employment of a Close Personal Relative, but “he or she may not be subject to the direct supervision of the relative and may not be rehired in violation of this policy in the event employment is otherwise terminated.”

An additional policy manual for personnel employed in the Screven County Fire Department exists and was sought in the open records request filed in March, but was not provided to The Georgia Virtue.

The county personnel policy contains subsections on ‘Types of Disciplinary Action’ and ‘Dismissal,’ both of which were amended at some point by a pen-marked ‘X’ on the corresponding paragraphs and a notation of “SEE ATTACHED” in one identifiable handwriting and “Revision” in another handwriting.

An ordinance adopted on September 10, 2011 addresses changes made to both subsections and is attached to the back page of the personnel policy, deleting the Grievance and Appeal Procedures in their entirety. The revised policy allows an individual who is terminated to “request a meeting with the Personnel Officer for the purpose of contesting the termination” within three days of notice of termination and that Personnel Officer can schedule the meeting at his or her convenience and the decision of the Personnel Officer is final.

Lori Burke’s email signature indicates that she is the Personnel Director and Finance Officer.

The issue, however, is that a number of longtime county employees say they have never been notified of any changes made to the personnel policy in the last 10 years.

At some point in recent months, an additional fire department employee was placed in the hierarchical structure between the fire chief and his wife for the purposes of supervising Jordan Cryder, however, according to the county personnel policy, such an addition is not sufficient to eliminate the underlying issue. Additionally, county personnel paperwork updated in April 2021 and provided to TGV shows that ‘go-between’ individual, Supervisor and Lieutenant Jon Pollock, is part-time.

The county’s indiscrepancies could also cause potential problems in the event that another employee in any other department was disciplined or adversely impacted by the personnel policy.

The issue with the outdated personnel policy echoes a similar one from 2019 that arose when the county was considering a landfill application from Atlantic Waste Services at which time it was discovered that the Solid Waste Management Plan was out of date, prompting confusion in the application process and placing the county at risks for numerous lawsuits.

This article has been corrected to reflect the time period the Solid Waste Management Plan was out of date. The author erroneously reported that the plan was a decade out of date when the plan was 2-5 years out of date. For clarification, the SWMP was updated in April 2021.