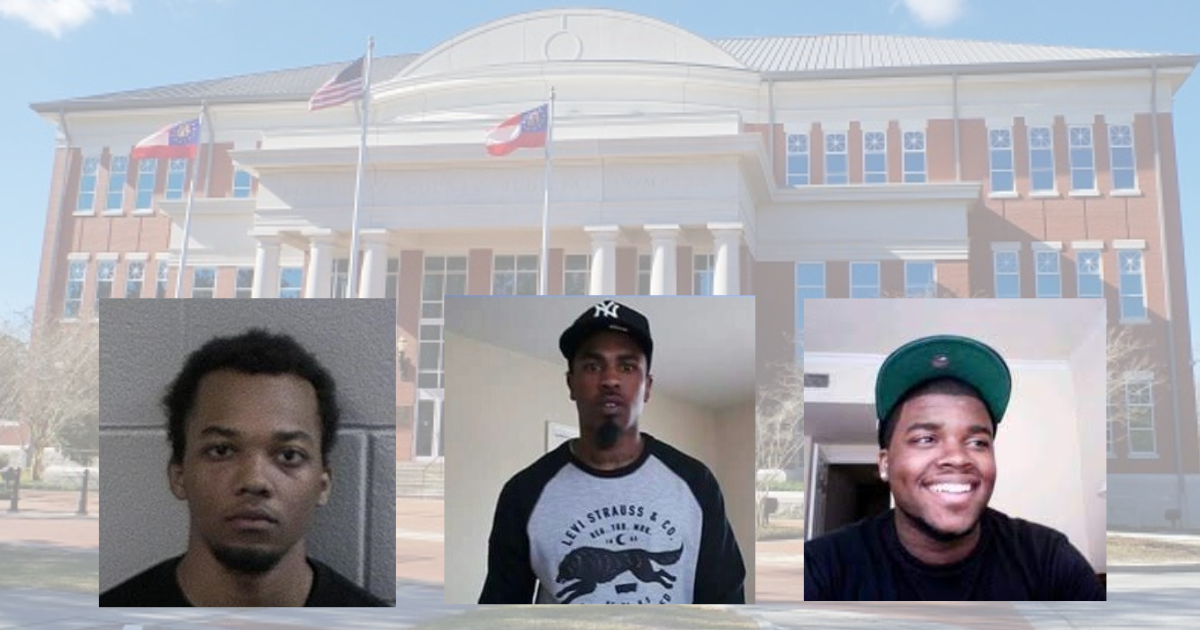 An Effingham County jury returned a guilty verdict this week for a man charged in a 2017 murder that initially involved the indictment of two brothers and was once rumored to be tied to another death.

28–year-old Jamison Lemons disappeared in May 2017 after leaving a home in Savannah which he shared with his girlfriend, Brittani Brown, and their friend Tony Stephens. His girlfriend reported that he left with a man she knew only by a nickname. One month later, Brown and Stephens were both shot in the new Savannah residence they had moved into just one day before and Brittani Brown subsequently died from her injuries.

The burned remains of Lemons were found at a Clyo home in Effingham County in June 2017 following the execution of a search warrant on a drug case. The remains, however, were not officially identified as Lemons until May 2018.

That same month, investigators with the Effingham County Sheriff’s Office arrested Justin Issak Jammison, 25, and charged him with Murder and Concealing a Death. At that time, Effingham County Sheriff Jimmy McDuffie told WTOC  that the case “has been a bizarre, creepy investigation since the beginning of it. It’s different, I can say that. It’s entirely different from any that we’ve done in the past.”

In June 2018, a grand jury returned an indictment for both Justin Jammison and his brother, Derrick Jauvon Jammison, who had been arrested in July 2017 on felony drug charges and then released on his own recognizance. The indictment included a combined seven charges: Malice Murder, Concealing Death of Another, Tampering with Evidence (two counts), Manufacturing Marijuana, Possession of a Firearm During Commission of Manufacture of Marijuana, and Possession of a Sawed Off Shotgun.

Authorities alleged in the indictment that Justin Jammison murdered Jamison Lemons and then dismembered his body and set fire to it to discard the evidence.

In August 2018, the court ordered an evaluation to determine Justin Jammison’s mental competency to stand trial as well as his understanding of the degree of criminal responsibility. The evaluation was conducted in December 2018 and the report was furnished to the court later that month. The report stated that Justin Jammison was ‘incompetent to stand trial’ with a recommendation that he be admitted to ‘the Secure Unit at Georgia Regional Hospital in Savannah for psychiatric treatment and possible competency restoration.’

Superior Court Judge Gates Peed subsequently ordered Justin Jammison into the facility for another evaluation within 90 days. Peed ordered that his stay in the DBHDD facility not extend beyond nine months as well. In July 2019, Central State Hospital announced that the official report was completed and released Jammison back into the custody of the Effingham County Jail, finding his competence ‘restored.’

In September 2019, the Court ordered another evaluation for competency and criminal responsibility, which was completed during the judicial emergency during 2020.

In July 2019, Derrick Jammison posted on social media accounts that he ‘traded the city for the beach’ and he would be living in another country for “prolly the next 6 months.” According to court records, Derrick Jammison died a little more than a year later, in September 2020, in Thailand. The cause of death was listed as ‘Pulmonary Edema’ and the death certificate indicates he was cremated in Thailand. Subsequently, his case was nolle prossed and he was removed from the indictment in May 2021.

The remaining charges against Justin Jammison were slow to see the courtroom, but the case moved quickly beginning in February 2022. The judge, however, barred introduction of evidence from the Brittani Brown case as well as statements made by Derrick Jammison before his death.

Just shy of five years after the murder of Jamison Lemons, Justin Jammison stood trial in Effingham County. After three and a half days of trial, jurors took approximately two and a half hours to return a guilty verdict on all charges.

Thursday afternoon, following the verdict, Judge Gates Peed sentenced Jammison to Life in Prison without the possibility of parole, plus 32 years.

Conviction of Man Charged with Murder of Brittani Brown

The man charged with killing Brittani Brown in 2017 was convicted in Chatham County in 2019. Prosecutors in that case said the murder was “a cold-hearted, cold-blooded revenge killing” by 22-year-old Ihrieon Brown, who they claim had gang ties.

During that trial, witnesses testified that Jamison “No Mercy” Lemon, who was identified as a fellow Blood, “went missing.” Brittani Brown, they said, was suspected of knowing what happened, but did not cooperate with the gang’s attempts to find out.

Christy Barker, who now works for the Ogeechee Judicial Circuit District Attorney’s Office in Effingham County and prosecuted Justin Jammison this past week, was a prosecutor in Chatham County at the time of the Ihreon Brown trial in 2019.