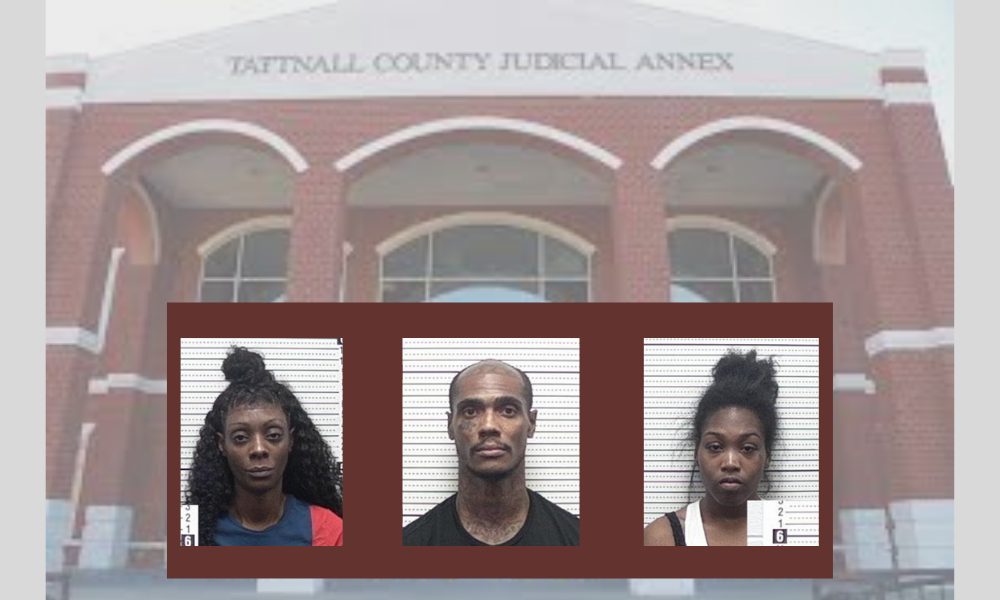 The three were present for a preliminary hearing and consideration of a bond.

Sumlin, Murphy, and Jones were charged in August with the January 30 murder of 88-year-old Bobby Carlton Kicklighter of Glennville, who was found deceased in his home from apparent gunshot wounds. Warrants had been issued for their arrests in late July and all three have been in the Tattnall County jail since their apprehensions.

Sumlin faces charges of Murder, Home Invasion-1st degree, Aggravated Assault, Conspiracy to Commit a Felony (Murder), Tampering with Evidence, Party to a Crime, Hindering Apprehension or Punishment of a Criminal, False Statements or Writings, Elder Abuse, Possession of a Firearm during the Commission of a Felony, and Possession of a Firearm by a Convicted Felon. He is represented by Johnny Vines.

Murphy has been charged with Conspiracy to Commit a Felony (Murder), Tampering with Evidence, Party to a Crime, Hindering the Apprehension or Punishment of a Criminal, and False Statements and Writings. She is represented by Public Defender John Cloy.

Jones has been charged with Conspiracy to Commit a Felony (Murder), Tampering with Evidence, and Party to a Crime. She is represented by J. Kendall Gross.

Nathan Weekes, who is presently incarcerated at Smith State Prison, was also charged in August.

Prior to Wednesday’s hearing, Sumlin, who is facing the most serious charges, had no attorney on record, but attorneys for Murphy and Jones filed requests for bond earlier this month. Both were denied, but Judge Stewart set a bond hearing date along with the preliminary hearing.

The Court heard testimony from agents from the Georgia Bureau of Investigation.

Agent Johnson testified Wednesday that agents investigated the crime scene for a total of 17 hours and discovered a camo mask in the roadway by the house. The mask had a name written in it, prompting the GBI to search the region for all individuals with that name. The search yielded results for a woman in Vidalia, who told agents that the mask did belong to her and she had it on her vehicle rearview mirror – a 2016 Jeep Patriot. The night of the murder, however, her granddaughter Aerial Murphy, had borrowed the vehicle.

Johnson said agents spoke with Murphy who claimed she was in Glennville on the night in question but only for traveling through to Ludowici. Her statements reportedly did not match up with other evidence collected by the GBI, which led to a search warrants sought for a search of her home, which she shared with co-defendant Keisha Jones. A number of electronic devices were seized, including a cell phone, and additional warrants were obtained to review the contents of the phone. Murphy’s phone had no data from the time leading up to the murder, the time during, and the time period after, however, an incognito web browser showed search results for deleting text messages, disabling GPS services in Jeep Patriot vehicles, and whether or not cell phone providers can obtain content of texts.

Connections were made between Murphy’s roommate, Keisha Jones, who was in a relationship with Nathan Weekes who is incarcerated at Smith State Prison. He is serving a 17-year sentence for armed robbery, according to the Georgia Department of Corrections.

Agents then obtained search warrants from the provider which yielded minimal results.

Johnson testified that the investigation continued but it was in June 2021 when the GBI received a supplemental report from the cell phone provider. The content of the supplemental report detailed text messages with Weekes inside Smith State Prison. The parties were discussing a murder for hire plan of a corrections officer who lived next door to Kicklighter in Glennville. The corrections officer was a target because he took an aggressive approach to contraband inside the prison walls and, according to Johnson, Weeks and his girlfriend, Keisha Jones, were part of a “multi million dollar contraband ring.”

Johnson told the court that Kicklighter was not the intended target of the hit and that Sumlin, Jones, Murphy, and Weekes intended to kill the corrections officer.

Agents met with the corrections officer who was the intended target. The officer also reviewed video footage from a gas station that showed Murphy and an unidentified black male. The officer identified the man as Christopher Sumlin, who he once supervised at Smith State Prison.

After securing arrest warrants and apprehending the parties, agents obtained a swab of Sumlin. The GBI continued that Sumlin’s DNA was the same as that found on the mask found in the roadway in front of the Kicklighter home.

Additionally, Johnson testified that Keisha Jones paid Murphy $3,000 cash and that Sumlin was paid some undetermined amount of money.

The gun has not been recovered.

Following the conclusion of the preliminary hearing, Judge Jay Stewart bound the case over for grand jury consideration. The next grand jury date is October 18, 2021.

Stewart denied bond for Jones and Murphy and set Sumlin’s bond at $750,000 cash or $1.5 million property bond. He is also banished from the six county circuit.

Christopher Sumlin is also facing murder charges in Wayne County for the 2021 murder of Jerry Davis. The GBI says the two cases are connected. You can read the details of that case here. 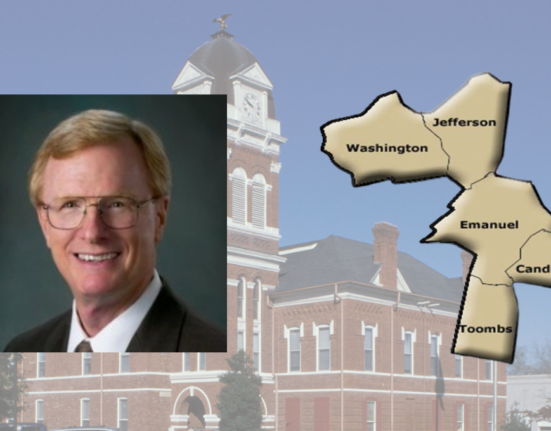