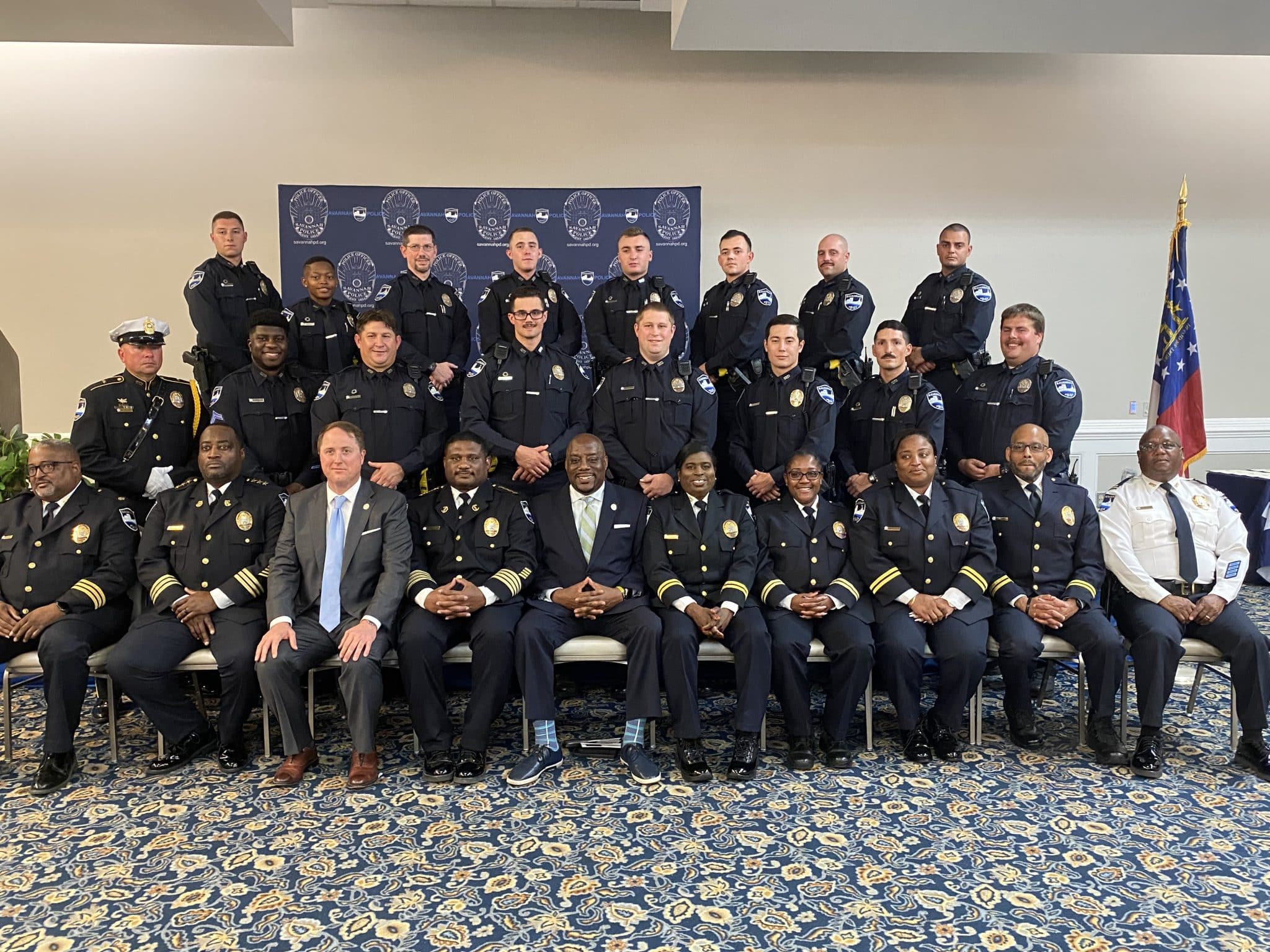 The Savannah Police Department gathered Friday to celebrate the promotion and graduation of officers at a ceremony at Savannah State University.

Thirteen officers were officially inducted into the Savannah Police Department and were ceremoniously pinned with their official SPD badge by a loved one.

The new officers have successfully completed 11 weeks of state mandated training at the Georgia Public Safety Training Center and an additional four weeks of specialized training at SPD’s Patrol School. Today they took their oath of office. Their loved ones took turns on the stage pinning their SPD badges on their chest for the first time.