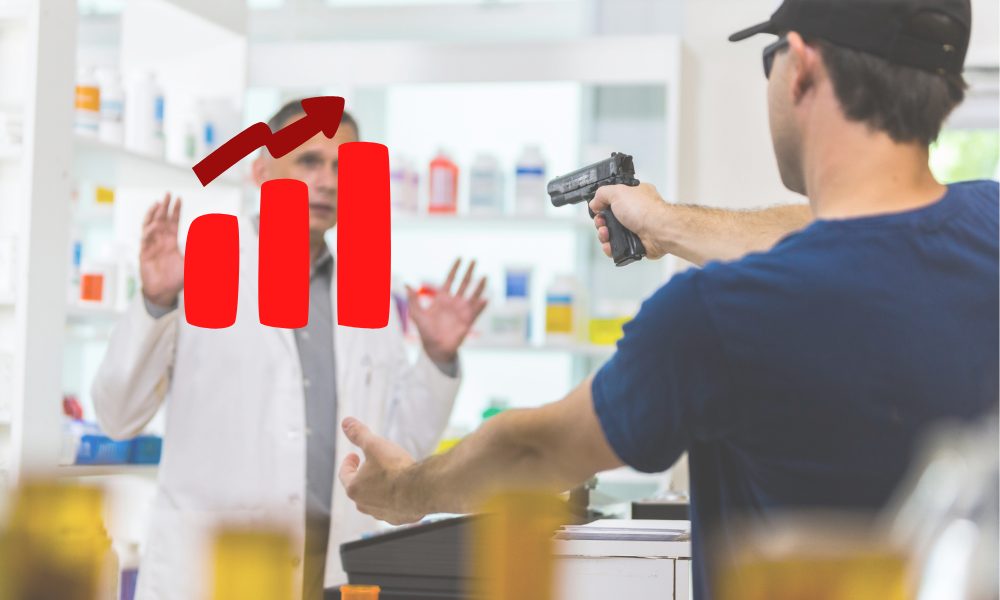 Organized crime as it pertains to retail theft is on the rise and losses are astronomically high.

The Retail Industry Leaders Association and Buy Safe America Coalition recently released a new report examining the rise in organized criminal activity targeting local retailers, quantifying the economic impact these crimes are having on local retailers and communities. Beyond the startling economic impact, the report also details the significant impact retail crimes are having on employees, who increasingly encounter more brazen, and violent theft in stores.

“The Impact of Organized Retail Crime and Product Theft in the United States,” quantifies the onslaught of news stories about criminal activity targeting local retailers, in particular organized and professional theft rings that steal merchandise in large quantities. These syndicates have increasingly turned to online marketplaces like Amazon and Facebook to fence mass quantities of stolen product quickly and anonymously to unsuspecting consumers.

The study, which was conducted utilizing exclusive data provided by some of the largest retailers in the country, provides new insights into the economic impact of retail crime:

“The lack of transparency online has made it easy to hide behind a screen name and fake business information to peddle stolen products,” added Hanson. “Washington needs to establish a base level of transparency on e-commerce platforms to make it harder for criminal enterprises to operate in the shadows of the Internet.”

The Buy Safe America Coalition continues to lead efforts to address the growing problem of stolen merchandise sold online by urging Congress to pass the INFORM Consumers Act. This bipartisan measure would modernize consumer protection laws and require online marketplaces to collect and verify basic business information from sellers, making it difficult for retail theft rings to peddle stolen goods on leading e-commerce platforms. The House bill has also been endorsed by the Coalition to Protect America’s Small Sellers (PASS), a group of third-party marketplaces and e-commerce facilitators.

“The impact on front line retail workers can no longer be ignored by policymakers,” said Ben Dugan, President of the Coalition of Law Enforcement and Retail (CLEAR). “As these crimes have become more organized and brazen, they have also led to more violence against employees. These crimes are not just property crimes, they impact the safety of everyone in the store.”

With organized retail crime spiking dramatically, state law enforcement officials have been vocal about the need for sweeping solutions. Attorneys general in Georgia and New Mexico have come out in support of the INFORM Consumers Act, recognizing how it would counter the retail crime sprees occurring in their states.

“The Impact of Organized Retail Crime and Product Theft in the United States” is the second report released by the Buy Safe America Coalition. “The Counterfeit Silk Road – Impact of Counterfeit Consumer Products Smuggled into the United States” was published last month, and examines the degree to which counterfeit products cost American businesses, workers, and consumers.  Both studies were developed in partnership with John Dunham & Associates.