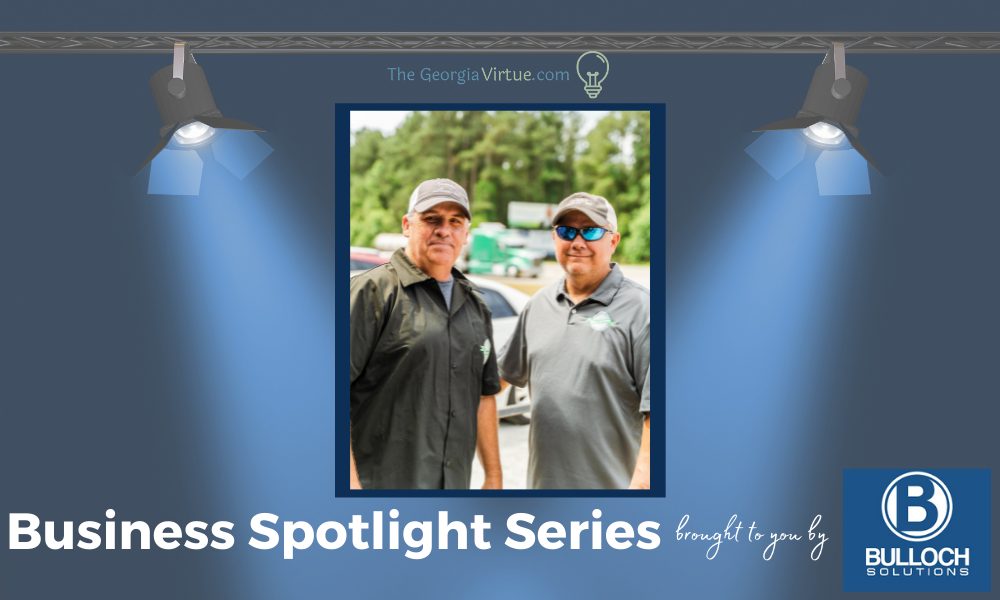 The Georgia Virtue Business Spotlight Series features local businesses that function as the backbone of our communities. The series is sponsored by Bulloch Solutions.

An idea born among friends sitting around a campfire could have been stifled by a pandemic, a unique location, lots of competition, and just the general aches and pains of opening a restaurant, but the draw of the family-owned operation and the flavor of some of the best barbeque you’ll ever taste has one local spot cooking up new fans every week.

Hopeulikit BBQ is nestled five miles outside the city limits of Statesboro on Highway 80. Surrounded by neighborhoods with a close proximity to Portal and Millen, too, the BBQ joint keeps a steady flow of regulars and newbies traveling from Augusta and upstate South Carolina.

The location is no stranger to family-owned businesses. It was the home of Anderson’s Peach Stand back in the early 1990s, run by brothers Jackie and Johnny Anderson. In 2018, after several months of restorations, renovations, and the addition of a kitchen and a smokehouse, the spot owned by Kelly and Violet Anderson and Kelly Lee began morphing into the extensive BBQ joint that it is today.

Hopeulikit BBQ & Market officially opened its doors in May 2019 and what a smoking success it has been. They ran out of food on the first day – and a few more to follow – thanks to the strong showing of support from the community. The draw of pulled pork, brisket, ribs, sausage, chicken, turkey, sandwiches, baked potatoes, and plenty of sides was enough to lure in loyal customers on the first visit.

Kelly’s brother, Matt Lee, joined them as their Pitmaster in November 2019 and that only stepped up their game. Matt once owned a BBQ joint in Blackshear, Georgia and has competed all over the region in various competitions. “As far as BBQ goes, there’s probably not a better pitmaster in the state,” Kelly Lee said of his brother.

With the unique market-style approach, Hopulikeit BBQ doesn’t just sell by the plate, but also by the pound. They’re also the only establishment in the county that is 100% wood smoked, with no gas cooking. They make all of their own sauces and rubs – which you can purchase when you stop in – and everything is cooked fresh on the day it’s served. On the first Friday of every month, they serve steak as well.

The family feel of the restaurant is evident whether you’re driving by or stopping in and you’d be hard pressed to find a time when the place is empty. A foundation slab line down the middle of the building once meant to demarcate the dining side from the ‘market’ side was rendered meaningless on the first day when the line of customers was out the door and around the building. Now, nearly the entire area inside is for accommodating customers who are dining in and a recent addition of the screened-in porch allows for even more patrons outside. The two families were introduced years ago by their daughters, who are now in college, so it makes sense that every employee is either family or a close family friend.

While some establishments had to shutter their doors entirely during the pandemic, Hopeulikit BBQ was able to serve from their front windows with walk-up service for the entirety of the shutdown. And 2021 marked the third year they claimed the award for Best in the ‘Boro.

Weddings, rehearsal dinners, and other parties are all crowds they have served since they opened, but now they are working on expanding their catering business – particularly the lunchtime crowds for business events. Hopeulikit BBQ offers a full catering menu at three different per-person price points, which can include brisket, turkey, ribs, pulled pork, pulled chicken, or sausage, 2 or 3 sides, bread, tea…and, of course, dessert.

Anderson and Lee said they also plan to begin offering group classes by the end of the year. “You want to learn how to do championship competitions as a Pitmaster, we’ll be offering that. Competitions, or if you just want to learn how to cook a brisket,” Kelly Lee said. That, in addition to the plans for a mobile unit so they can cook on-site for events as well, has everyone busy around the clock.

As the interview was wrapping up, the dinner crowd was already starting to file in at 4:00 p.m. A Thursday regular, who identified himself only as ‘an old man named John who happened to be passing by on a Wednesday,’ stopped to chat and offer his recommendations for a first-timer. “Pulled pork, Brunswick stew, and coleslaw. It’s the best you’ll ever have. Everything here is the best, but I can’t say no to the pulled pork. My car just pulled me in the parking lot as I was passing by,” he said.