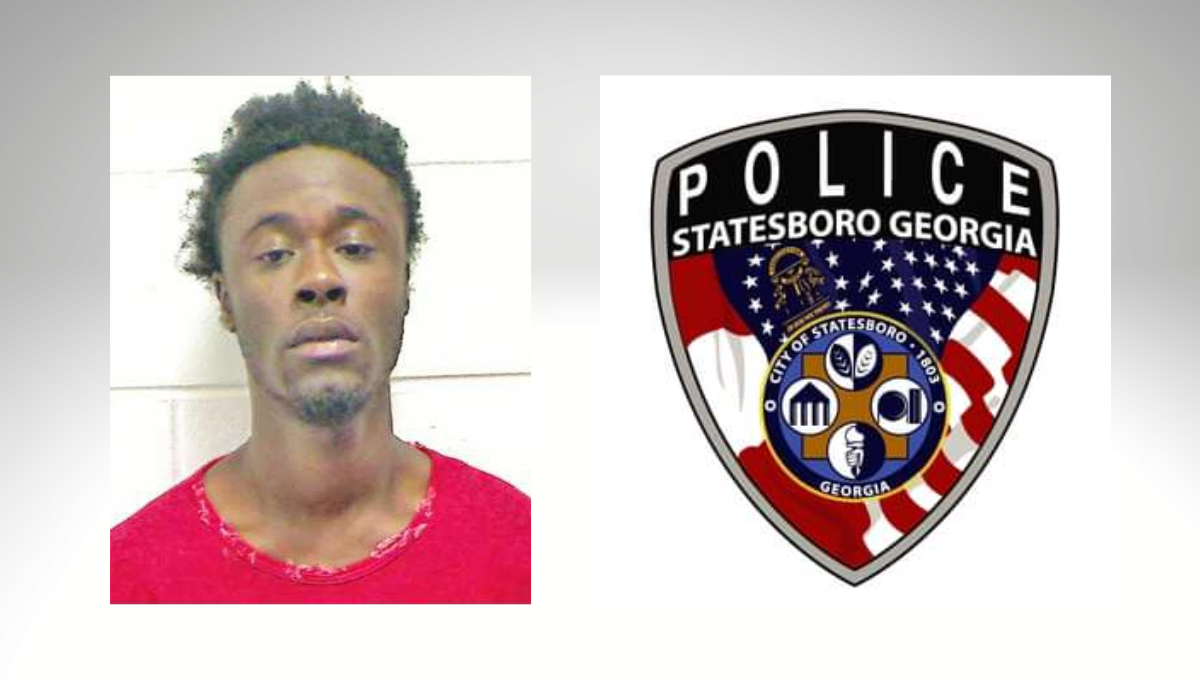 Court records indicate the man arrested in Statesboro for a murder in DeKalb County was also a fugitive in Bulloch County.

The Statesboro Police Department said Tuesday that Ronnie Jones,Jr. was arrested by the officers with the Statesboro Impact Team based on intel from the U.S. Marshals and an ongoing surveillance of Jones. He was arrested during a traffic stop of a female.

Court records show, however, that Jones absconded from Bulloch County in 2019 and has been wanted for failing to appear for his court dates since that time.

Jones Jr, then 22, was arrested in Cobb County in June 2016 on warrants issued by the Statesboro Police Department for a shooting at Park Place apartments. Authorities found Calvin Wilkerson suffering from two apparent gunshot wounds and he was transported to Memorial Medical Center in Savannah where he recovered.

Jones retained legal counsel for a bond hearing and a preliminary hearing. In Bulloch County, magistrate judges do not set bond for felony cases at the time of the statutory First Appearance. Subsequently, individuals must request a bond hearing before a Superior Court Judge.

In this case, however, Jones was granted bond before making an appearance before a Superior Court Judge.

In September 2016, Jones was released on $20,000 bond with the only conditions being that he not have contact with the victim or any witnesses, that he not use drugs or alcohol, and that he be banished from Park Place Apartments. The bond was granted through a Criminal Bond with the Sheriff’s Office without a hearing before a Superior Court Judge. Sheriff Lynn Anderson was the sheriff at the time, however, the names on the paperwork are unclear.

Two months later, in November 2016, Jones was indicted by a Bulloch County grand jury for two counts of Aggravated Assault.

In March 2018, Jones waived his right to a jury trial and a plea date was to be scheduled at a later date. Court records show Jones was told to ‘stay in touch with his attorney,’ however, in 2019, he failed to return to court and a bench warrant was issued.

In March 2021, Jones was listed as a fugitive who failed to appear in Bulloch County Superior Court. District Attorney Daphne Totten subsequently placed the case on the Dead Docket.

Details pertaining to the DeKalb County murder were not immediately available.

In this article:#BullochCrime, Bulloch County, City of Statesboro