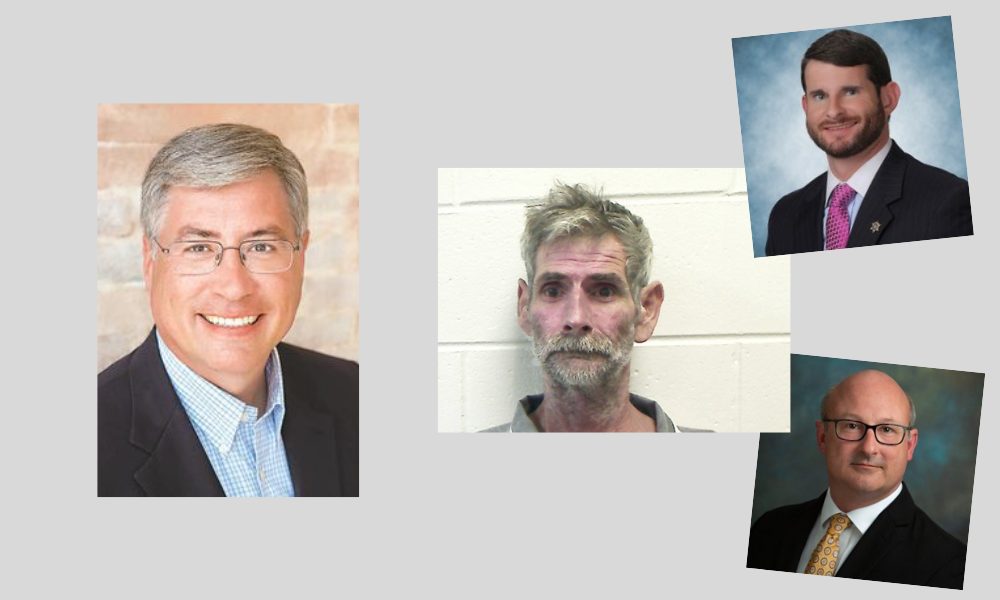 The entry of a plea by a defendant charged with crimes against a child was met with total revulsion by a superior court judge who asked the man in open court if he agreed with a sentence of being “taken out back and shot in the head.”

It happened in the Ogeechee Judicial Circuit before Judge Michael Muldrew, who has been on the bench for a little over four years. Muldrew was elected in 2016 after serving 20 years as an assistant district attorney prosecuting a number of high profile cases.

Jeffrey Riley Cook appeared before Judge Muldrew in Bulloch County Superior Court for a change of plea and a sentencing hearing on March 29, 2021. Cook was facing two counts of child molestation and one count of enticing a child for indecent purposes and had been detained in the Bulloch County jail since he was arrested following an investigation by the Sheriff’s Office in September 2020.

The district attorney’s office and the attorney for Cook, Statesboro attorney Scott Brannen, had come to an agreement on a sentencing recommendation for the purposes of avoiding any further victimization of the child and the family during a trial, pending Cook’s change of plea from ‘not guilty’ to ‘guilty.’

Assistant District Attorney Leland McElveen told the Court that the negotiated plea recommendation would be a guilty plea by Cook on the two counts of child molestation and a nolle prosse, or dismissal, by the state on the enticement charge. Under the plea agreement, McElveen explained, Cook would serve a fifteen year sentence with the first seven years in prison on Count One and a concurrent fifteen year sentence with seven years in prison on Count Two. He would receive credit for time served thus far, would sign a waiver of his Fourth Amendment rights, and would be a registered sex offender upon release.

Cook’s attorney, who appeared via Zoom from the jail, attested that his client understood the ramifications of the plea agreement and that evidence presented at trial would prove beyond a reasonable doubt that Cook had committed the acts for which he had been charged. Cook was prepared to tell the Court that he was, in fact, guilty.

As is standard in any case with a victim, the Court heard testimony from the victim’s mother, who detailed how Cook’s behavior and the case generally has impacted her child and their family. The mother testified that her husband quit his job to stay home and care for the children in light of the trauma of the case, prompting Muldrew to press her on whether or not a mother might be better suited to console the child. “I’m not saying anything negative. We all do the best we can,” Muldrew lamented.

Muldrew, after questioning the victim’s mother on her understanding of the sentencing recommendations up for consideration, told the mother “…as far as I’m concerned, we can take child molesters out back and just shoot them in the head.”

Mother: “My husband would agree with you totally, and so do I.”

Muldrew: “Yeah. But there’s a lot of things that have to be taken into account when you come up with a sentence.”

Muldrew: “And a sentence can’t reflect — and there is no justice in these kinds of cases. You just try to weigh the retribution aspect, and you often have to take into account the testimony and the ability of the victim to testify…”

Some brief back and forth continued between Judge Muldrew and the mother before Muldrew addressed the defendant.

Muldrew: “Okay. So do you agree with the Court that child molesters should be taken out back and shot in the head?”

Muldrew: “Yeah, well, you’re a lucky man. We’re not doing that to you, can’t do that any more.”

Muldrew ultimately amended the sentence recommendation, refusing to accept a fifteen year sentence. Muldrew said he would accept the plea if Cook, who is 55, agreed to a thirty year sentence with seven years to serve in a penitentiary. After conferring with his client, Brannen announced that Cook was agreeable to the recommendation by the judge.

Under Georgia law, a single count of child molestation can only be sentenced to a maximum of twenty years, so Muldrew further amended the sentence to be twenty years with seven to serve on Count One and ten years probation, consecutive to Count One, on Count Two for a total of thirty years.

The transcript in its entirety is available below, redactions still included.