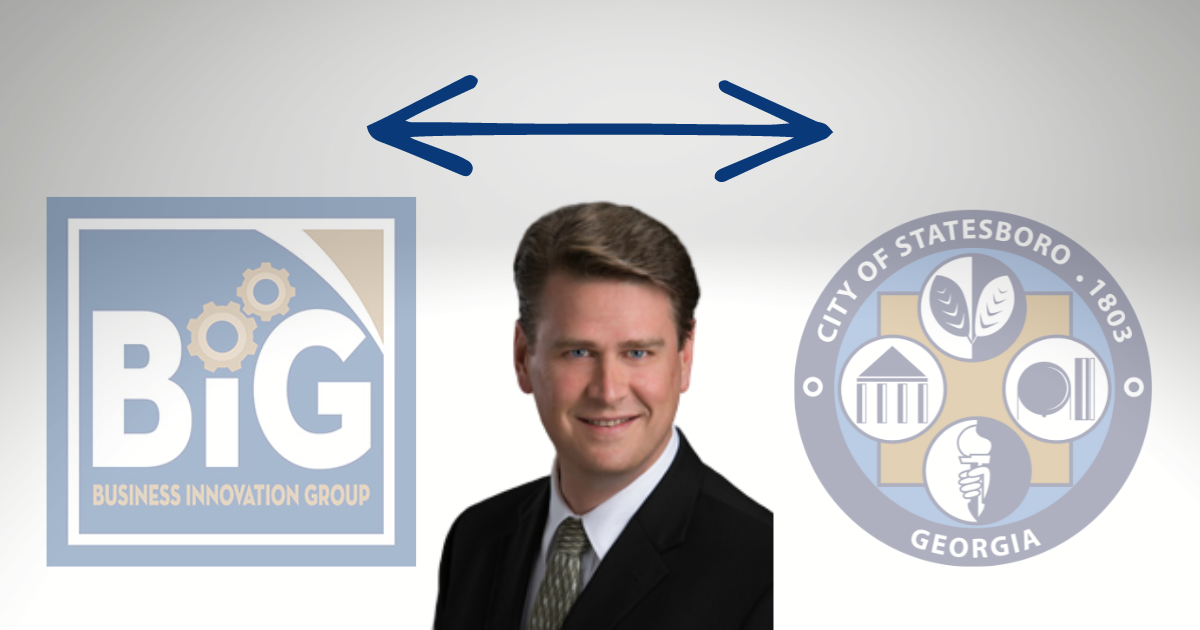 A recent award of an almost $350,000 contract to a research division at Georgia Southern University raises concerns over the lack of disclosure of possible or perceived conflicts of interest.

According to council meeting agenda documents, the Business Innovation Group (BIG) made a proposal to the City to provide “retail development and small business recruitment services,” a previously unmet need that city officials identified in 2019. City Manager Charles Penny said in a memo that the city was slated to seek proposals for this service prior to 2020, but shelved the initiative during the health emergency. The BIG ultimately approached the city with the project idea, to the tune of $125,000 per year.

Specifically, BIG would hire an employee by October 2022. The cost for the first year of the program would be $93,750.00, which includes fringe benefits and would continue on at $125,000 for the following two years for a grand total of $343,750.00. The city would be able to terminate the agreement with 60 days notice.

McCollar works as the Assistant Director of the Liberty Center in Hinesville. Boyum, on the other hand, is an employee of the Business Innovation Group and is listed on the website as a Business Research Analyst at the City Campus located a few doors down from city hall.

TGV contacted Georgia Southern to confirm the employment status of any other individuals, but the university refused to fulfill the request and instead directed inquiries to the school’s website directory. The university directory and the Business Innovation Group staff website both reflect the employment of Boyum and Open Georgia has records for Boyum in 2020, as a temporary employee/clerical worker, and 2021, as a business analyst.

The Vote, Robert’s Rules of Order, and the Georgia Municipal Association

The vote was recorded on video and, while it is hard to discern whether or not Boyum actually voiced a vote, the rules governing city council meetings don’t provide for an exception. Under the Statesboro Code of Ordinances Sec 2.3, council meetings follow the procedures of Robert’s Rules of Order. If a council member abstains, they are supposed to disclose why such an abstention occurred and it’s noted for the record.

The same rules of order further dictate that a member who has interest in the matter being voted upon that is not common to other members should not vote on such a motion. [RONR (12th ed.) 45:4.]

Additionally, the Georgia Municipal Association’s Government in the Sunshine handbook states that “It shall be presumed that the action taken was approved by each person in attendance unless the minutes reflect the name of the persons voting against the proposal or abstaining.” The mere recommendation by GMA was enforced by the Georgia Supreme Court in 2012 when the state’s high court ruled that all votes – including abstentions – must be recorded.

TGV confirmed with the city clerk on Wednesday that the motion was made by Councilman John Riggs and seconded by Councilwoman Venus Mack and approved unanimously. The clerk’s draft minute notes did not reflect any non-voting member or an abstention.

As a Georgia Municipal Association certified “City of Ethics,” Statesboro is required to have a detailed code of ethics. The code applies to the mayor, city council, municipal court judge, and the city attorney and has specific courses of action for ethical conduct on conflicts of interest.

The pivotal application of the code of ethics is whether or not a city official’s interest is incidental, remote, or substantial.

Sec. 2-123 defines ‘substantial interest’ in several ways, including: a known interest, either directly or through a member of the immediate family, in another person or entity where “funds received by the person from the other person or entity either during the previous 12 months or the previous calendar year equaled or exceeded $5,000.00 in salary, bonuses, commissions or professional fees or $5,000.00 in payment for goods, products or nonprofessional services, or ten percent of the recipient’s gross income during that period, whichever is less.” [emphasis added]

In the same section, an ‘entity’ is defined as “a sole proprietorship, partnership, limited partnership, firm, corporation, professional corporation, holding company, joint stock company, receivership, trust or any other entity recognized by law through which business may be conducted.”

Under Statesboro’s Standards of Conduct, Section 2-124(b) states that no city official “in any matter before the council, in which he has a substantial interest, shall fail to disclose for the common good for the record of such interest prior to any discussion or vote.”

Further, Sec. 2-125 on conflicts of interests reads that “a city official may not participate in a vote or decision on a matter affecting a person, entity, or property in which the official has a substantial interest.”

Violations of these particular sections are among very few actions by public officials for which there are consequences for actions. Penalties include written or oral reprimand as well as request for resignation.

While employment status of various public officials may be common knowledge to some, the spirit of the ordinance is intended to err on the side of transparency and disclosure. Officials, when drafting the ordinances, even went as far as to outline the purpose and intent, noting that it: