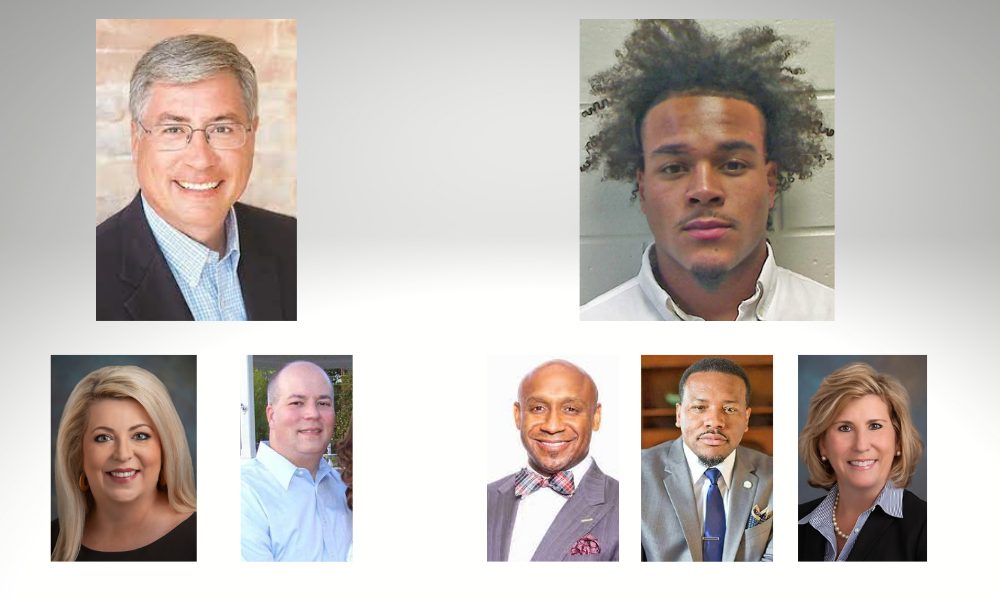 The appointed judge who will decide if recusal is necessary has ruled which questions the Marcus Wilson defense can ask of the district attorney and presiding judge.

Judge Michael Karpf will soon decide whether or not an Ogeechee Judicial Circuit Superior Court Judge should be recused from overseeing the Wilson case.

Marcus Wilson faces charges of Felony Murder, Possession Of Firearm Or Knife During Commission Of Or Attempt To Commit Certain Felonies, and five counts of Aggravated Assault in the death of 17-year-old Haley Hutcheson who was shot on Veterans Memorial/Bypass in Statesboro. Wilson was traveling behind a truck with five people in it when he fired a shot into the back window, which struck Hutcheson in the head and killed her.

Wilson has maintained that he acted in self-defense, claiming the truck was chasing him and tried to run him off the road at one point. He reportedly told detectives he fired multiple shots at the bottom of the car hoping the men would stop pursuing him. He did not report the incident to police and went to a friend’s house after the incident, borrowed a car, and then drove to his parent’s home in Coweta County, according to court testimony.

He was subsequently arrested and has been behind bars without bond since June 2020.

When an immunity hearing went awry back in September 2021, defense attorneys asked for Muldrew to be removed from the case. Muldrew had ordered that attorney Francys Johnson to be held in contempt of court after he refused to hand over a binder at the order of Muldrew.

The contemptuous act stems from evidence reportedly returned by an assistant of Judge Muldrew. During an early portion of the immunity hearing, Muldrew agreed to privately review school records of a number of individuals during an in-camera inspection. The state reportedly provided a binder to the judge for review.

On the morning of Day 2 of the immunity hearing, Muldrew’s assistant, J.B. Edwards entered the courtroom to return the binder. He apparently thought it belonged to the defense team. When he asked attorney Francys Johnson if the binder was his, Johnson opened it and reviewed the contents. District Attorney Daphne Totten rose and stated the binder was hers, but Johnson held on to the binder and the hearing began around 9:15.a.m. without an immediate consideration for the binder.

The binder was handed to Muldrew who passed it to Clerk of Court Heather McNeal as Muldrew stated the actions by Johnson were ‘a stunt’ and that the behavior was inappropriate. After a lengthy lunch hour and extended recess, motions were filed to have Muldrew recused from the case.

More on the immunity hearing stalling.

Appointment of Senior Judge to Oversee Issue of Recusal

A senior judge was appointed, as is standard when such a request for recusal is made, and Judge Michael L. Karpf took over the proceedings as to whether or not there was cause to remove Muldrew from the case.

A hearing was scheduled in November 2021, but stalled over the subpoena of Judge Muldrew. Karpf stressed his concerns about questioning a judge who is not yet removed from the case because commenting on the matter at all is a violation of the judicial code of conduct. Muldrew, by default, would be barred from presiding over the case, even though comments were made during testimony espoused under a subpoena. Prosecutors subsequently accused the defense team of ‘judge shopping,’ noting that putting Muldrew in a position to take the stand would yield the defense’s desired outcome of obtaining a new judge.

As a compromise, Karpf suggested that defense attorneys submit questions in writing to the court for consideration and he would sign off on the questions before they were submitted to the respective judicial officers – Judge Muldrew and the State. Those officers would, in turn, submit their responses in writing and avoid taking the stand.

The special set hearing was continued indefinitely until the questions were submitted to the judge and he had an opportunity to weigh the impacts of judicial officers responding to each one.

Questions Submitted by the Defense: Which questions can the Wilson defense ask?

Judge Karpf entered an Order on December 27, in which he noted which questions the Wilson defense could ask of Muldrew and District Attorney Daphne Totten.

You can read the Order and the list of questions below. The parties have 14 days to file their answers.

Here’s How Life Expectancy in Georgia Compares to the Nation