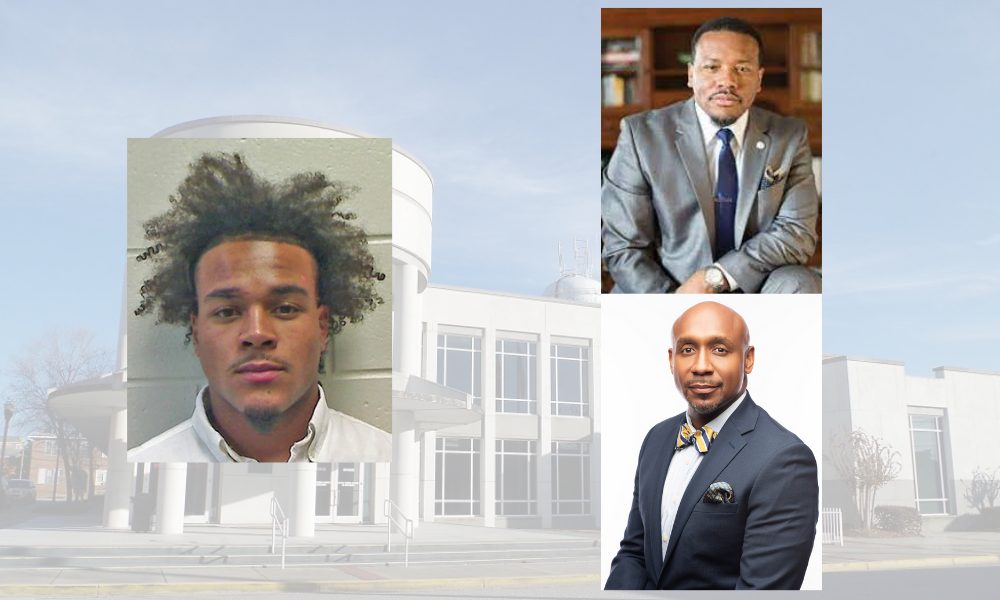 The Marcus Wilson defense team filed a handful of motions Thursday afternoon to have Judge Michael Muldrew removed from the high profile case in which Wilson is charged with murder in the death of Haley Hutcheson.

The motions followed the removal of attorney Francys Johnson on day two of an immunity hearing Thursday morning. Johnson sought to have a concerned entered on the record before a morning recess, but an escalation led to his removal by deputies.

The incident reportedly stems from evidence returned by an assistant of Judge Muldrew. During Wednesday’s portion of the hearing, the judge agreed to privately review school records of a number of individuals during an in-camera inspection. The state reportedly provided a binder to the judge for review.

Thursday morning, Muldrew’s assistant, J.B. Edwards, entered the courtroom to return the binder. He apparently thought it belonged to the defense team. When he asked Francys Johnson if the binder was his, Johnson opened it and reviewed the contents. District Attorney Daphne Totten rose and stated the binder was hers, but Johnson held on to the binder and the hearing began around 9:15.a.m.

The binder was handed to Muldrew who passed it to Clerk of Court Heather McNeal as Muldrew stated the actions by Johnson were ‘a stunt’ and that the behavior was inappropriate.

Attorney Martha Hall returned to the defense table shaking her head as Mawuli Davis, colleague and law partner of Johnson, took to the podium over the contents of the binder and the detention of Johnson.

Davis said the binder contained jail emails between a number of individuals and Marcus Wilson. He alleged that the state and the judge were engaging in ex parte conversations about the case and that the defense team was unaware of the contents of the emails. He also questioned why the judge was in possession of the emails.

Muldrew stated that the allegations were not the case and that he was led to believe the binder was the school records he was to inspect in camera. He said when he opened the binder and saw the cover page said ‘emails,’ he closed the binder and asked his assistant to return the binder to the courtroom.

Muldrew said he planned to bring it to the attention of all of the parties on the record because he still does not have the records he needs to inspect in respect to Wednesday’s proceedings.

Muldrew also said his assistant obviously misunderstood, ‘which happens,’ and sought to give the binder to the defense instead of the state, but emphasized that ex parte discussions did not take place.

Davis appeared concerned about the response and said the defense team wanted the matter on the record. He then said that Johnson’s detention was a violation of Wilson’s constitutional right to counsel because he elected to have Johnson represent him and now Johnson was absent. Muldrew said Wilson would have ample and adequate counsel in Johnson’s absence and that if Johnson was concerned about his client, he would not have conducted such a stunt or disrespected the court.

Muldrew then said the court would stand in recess until 2:00 p.m. and Johnson would remained detained until that time.

When the parties returned at 2:00 p.m., the courtroom was noticeably twice as full, but the judge was absent. That is when chatter began about the motions for recusal of the judge.

For two and a half hours, prosecutors, a restless courtroom of the public, and a handful of sequestered witnesses waited for court to reconvene.

At 4:30 p.m., Muldrew returned the courtroom to announce that defense attorneys Hall and Davis sought to have Muldrew removed from the case overall and from overseeing Johnson’s contempt hearing. He said that he would not be able to hear any additional information on the case, even though he intended on returning at 2:00 p.m., releasing Johnson from jail, and continuing on with the immunity hearing.

He said the case would be assigned to another judge for review, at which time, that judge will determine if recusal is necessary. He stated even though he is not required to do so since he cannot issue rulings on the matters, he would prepare an order for Johnson’s release this afternoon. The hearing was continued until further action by the court can be determined.

Mawuli Davis asked to note a matter for the record and stated that Wilson did not want to appear because he considers Johnson his lead attorney in the case. Muldrew said Wilson was not present because Muldrew wanted him to appear but because his attorneys asked for an immunity hearing and the court granted that request. Davis then said he was referring to the present time, that Wilson did not want to return to the courtroom after the recess without Johnson.

Muldrew said that the Court believed Wilson’s counsel by and through Hall and Davis was competent and that all rules had been strictly adhered to to ensure Wilson’s rights were not violated. Davis said ‘thank you’ and returned to his seat.

How Georgia’s Pension Shortfall Compares to Other States