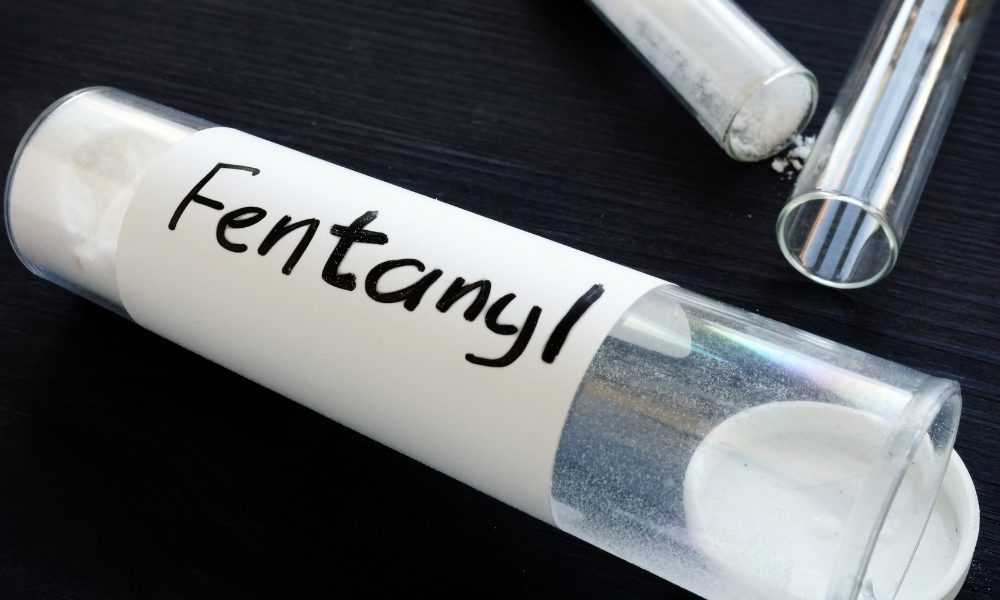 (The Center Square) – A nonprofit organization wants President Joe Biden to designate illicit fentanyl a weapon of mass destruction to reduce fentanyl deaths, which have doubled in 30 states in two years.

Fentanyl, which is 80 to 100 times more potent than morphine, is used daily in hospitals around the country for everything from epidurals during childbirth to pain management for cancer patients. However, illicit fentanyl is driving the country’s overdose epidemic. Illicit fentanyl is primarily made in foreign labs. It is then smuggled into the United States, often through Mexico, according to the U.S. Drug Enforcement Administration. Illicit fentanyl is often mixed with other drugs or made into pills made to look like prescription opioids.

Families Against Fentanyl, an Akron, Ohio-based nonprofit, published a report, Fentanyl: The State We’re In, that shows in six states – Alaska, Colorado, Louisiana, Mississippi, California and Texas – fentanyl fatalities increased nearly fivefold. The report found that among teens, fentanyl poisoning deaths increased at a faster pace. Teen deaths tripled in the past two years. Among Black teens, deaths were five times higher than they were two years ago, according to the group’s analysis of data from the Centers for Disease Control and Prevention.

“The fentanyl crisis is getting worse, not better. Fake pills with deadly amounts of fentanyl are popping up everywhere. It’s in fake Xanax and Percocets, it’s being laced in cocaine and ecstasy. A single pill can kill,” said Families Against Fentanyl founder James Rauh, whose son, Tommy, died from illicitly manufactured fentanyl. “Fentanyl poisoning is tearing families apart and killing our young people at an alarming rate. This stuff is so deadly it’s been used as a chemical weapon. Even babies and young children have been fatally poisoned by accident. It does not belong on our streets. It’s time for our leaders in Washington to do more.”

Grant Smith, deputy director of the Office of National Affairs for the Drug Policy Alliance, said labeling fentanyl and its analogs as weapons of mass destruction would be a continuation of previous enforcement-first approaches that have failed in the war on drugs.

“Fentanyl is contributing to the problem, certainly, but some of this rhetoric is informed by misinformation and mythology,” he said. “Fentanyl is driving the overdose crisis, but the heart of the matter is people need the tools to detect it to avoid overdose and access to evidence-based treatment.”

Smith said referring to the drug as a weapon of mass destruction could make it harder for those struggling with addiction to get treatment and exacerbate the stigma of drug use. He said crackdowns on prescriptions opioids turned people to heroin. After crackdowns on heroin, the illicit market responded with cheaper and more potent drugs such as fentanyl.

“While we share that concern about the fentanyl, we need to deal with the demand,” he said. “No amount of enforcement will stop the demand.”

Smith said lawmakers should focus on harm reduction, such as drug test kits, and access to medication-assisted treatment rather than additional enforcement or fresh crackdowns.

Fentanyl has killed 209,491 people since 2015. Ohio alone lost 18,929 people in that same period – more than the bottom 20 states combined, according to Families Against Fentanyl.

“It is time to attack fentanyl overdoses with the same vigor and approaches as we do the coronavirus. It is heartbreaking to treat babies who overdosed or people who had no idea their pills or powder was contaminated with a deadly poison,” Dr. Roneet Lev, an emergency physician and former chief medical officer of the White House Office of National Drug Control Policy, said in a statement. “Treating fentanyl overdoses is an attempt to bring someone back from the dead. As an emergency physician I do my best, but sadly we are not always successful. Fentanyl suppliers are preying on the vulnerable in our society.”

“Mass incarceration of drug users and low-level dealers is not the answer and won’t stop the poisoning. We need to go to the source and stop the illegal manufacturers of this lethal chemical. Almost all illicit fentanyl is manufactured in other countries. By designating fentanyl a Weapon of Mass Destruction, the U.S. can do more to root out the illegal manufacturers and stop this poison before it ever reaches our streets. If 200,000 deaths isn’t mass destruction, I don’t know what is,” Rauh said.

“We must secure our border to get fentanyl and other dangerous drugs out of our communities,” she tweeted.

By Brett Rowland | The Center Square