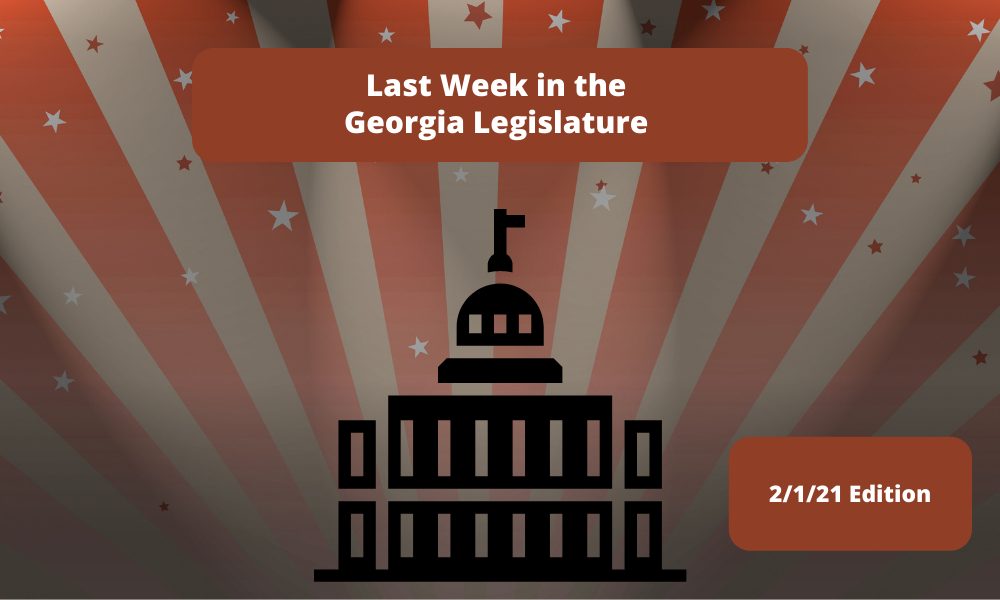 This is an informal rundown of the legislative happenings.

One important thing to remember when evaluating the budget is that state lawmakers tout that we have a budget around $26 billion annually. The truth is that the number is actually closer to $52 billion, thanks to federal funding pass throughs. This money comes with all kinds of strings and mandates, but it is imperative for operating our state, so it is disingenuous for lawmakers to say ‘we run the state on $26 billion.’ We absolutely do not.

Additionally, Kemp’s office proposes a budget and lawmakers jimmy with it. It’s a joint effort, but no single person is to blame for everything. But a handful are. One of the biggest issues with our state budget process is that only high-ranking lawmakers on the appropriations committees have a say on any of it (not all 236 duly elected lawmakers) and it must be voted on as a whole, instead of by department/agency. So it’s all or nothing.

This is an interesting approach given that the ONLY thing lawmakers are Constitutionally bound to do each year is pass a budget and less than 50% of them have any say in what goes into it before they vote on it.

So as headlines continue to harp on ‘underfunding the state budget’ at a rate lower than what we needed in FY 2021 to handle the pandemic, consider how much pass through money was sent to the states in FY 2021 to deal with COVID (thanks to the CARES Act) and the fact that we used $100 million from the state rainy day fund to deal with immediate needs here. For that reason, FY 2021 is not a good comparison for budgets year over year.

AS far as statistics go, the FY 2022 budget proposals, includes some of the following:
These percentages/numbers are based on the $26 billion budget number.

According to the Georgia Budget & Policy Institute, the FY 2022 budget, adjusted for inflation, puts spending at $100 less per state resident than it did in FY 2008 before the Great Recession.

Critics of this year’s budget are up in arms because there are proposed cuts “amid a pandemic,” including funding for some health-related services.

The most controversial, however, might be a $1 million cut for the Georgia Department of Labor…as they processed more claims in 2020 than ever before….all years combined.
These cuts and proposals are all subject to change – and likely will – as lawmakers work their way through the process.

Despite all of these factors, Kemp wants to give teachers and pre-k employees a $1,000 bonus.

State Rep. Emory Dunahoo is under scrutiny for his probing of whether or not the state’s public universities are teaching about white privilege or oppression. According to the Associated Press, professors are upset about the questions by lawmakers because they say they “intrude into a professor’s academic freedom and are part of an effort by Republicans to impose their vision of history and social relations.” Conservatives, though, say they’re fighting left-wing indoctrination by professors. Dunahoo sent the university system 3 questions to be answered: