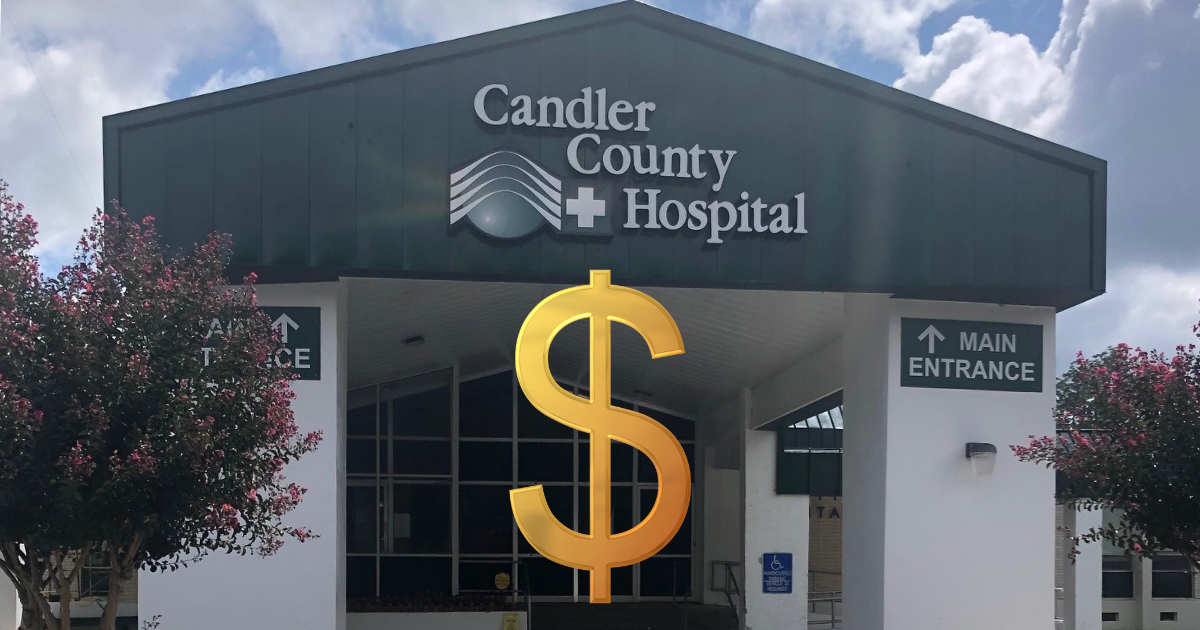 The top official at Candler County Hospital received a $75,000 pay raise as the hospital routinely experiences operational losses, staffing shortages due to low pay and low morale, and a tug-of-war with the state’s transparency laws. Worse, the Metter hospital, governed by the Candler County Hospital Authority, has seemingly approved the raises first in secret and then in conflict with the very contract it offered the CEO some two years ago.

In December 2019, Candler County Hospital in Metter entered into an employment agreement with first-time hospital CEO Michael Purvis for the facility’s top administrative position. The contract set Purvis’ annual salary at $155,000, according to a non-executed document provided to TheGeorgiaVirtue.com by legal counsel for the hospital authority under the Open Records Act. That contract also outlines salary increases at the hospital authority’s discretion following end of year annual reviews, annual bonuses ‘paid in cash,’ and requirements that any changes to the contract be made by October 31 of ‘each calendar year [the] Agreement is in effect.’

After two years on the job, that salary increased by $75,000. According to meeting minutes from the Candler County Hospital Authority’s April 2022 meeting, Purvis’ salary now stands at $225,000 annually.

Of note, no set of hospital authority meeting minutes reflect an evaluation of Purvis or a pay increase based on such an evaluation in all of 2020 or 2021. July 2020 meeting minutes do, however, show that Purvis proposed enacting ‘Core Values’ for CCH, the last of which was ‘Cost-Effectiveness – Exceptional care for the best value.

The Candler County Hospital Authority voted to increase Purvis’ pay after it was discovered that the authority violated the Open Meetings Act by voting on the matter in a closed executive session in December 2021. Members, upon learning that of the violation of state law, again voted for the raise in an open meeting five months later. The retroactive effective date, while in compliance with state law for open government, appears to remain in conflict with the initial contract of Purvis which requires pay increases to be determined by October 31.

In March 2020, understandably things changed for hospitals everywhere, however the federal infusion of funds began almost immediately. According to meeting minutes, some of the funding CCH received includes:

While HHS-Stimulus-PPP funds and Georgia Heart donations for rural tax credits are listed as ‘Nonoperating Gaines,’ and those funds showed a profit since there are no accompanying expenses with the line items, the hospital reported month-over-month losses for operations in January, February, March April, May, and July 2021 and again in February and March of 2022.  Those are detailed in the Trending State of Profit & Loss Report for all of 2021 and YTD 2022 obtained under the Georgia Open Records Act. (story continues below)

Most interestingly, the report shows that in the same month the Hospital Authority voted to increase Purvis’ salary, the hospital showed a $1,080,737 year-end loss from operations.

In March 2021, Authority Chair Brian Wood asked administrators why the hospital was showing a $235,000 loss in February 2021 financials. The minutes read: “Will (Bennet) explained how we report funds, Co vid pay, salaries are up, expenses are up, purchase services up, etc. Will to explain and discuss more in Executive Session.”

Under Georgia law, however, such a subject is not permissible for closed session out of the view of the public.

According to June 2021 hospital authority meeting minutes, the county paid “an extra $200,000 on the Queensborough loan this month.”

Essentially, county taxpayers dedicate one mill to ‘prop up the hospital’ in the amount due to the hospital CEO.

Adequate staffing is an issue for CCH. During the April 2022 meeting, Chief Nursing Officer Linda Coleman reported that a nursing shortage remains in effect because ‘competition for staff is at an all-time high.’ Candler County Hospital, however, is not paying its nurses at a competitive rate, which perpetuates the turnover. Meeting minutes reference a small bump in salaries at one point over the last two years, but make no reference to specifics. Nominal notes of appreciation were approved in 2020 when the hospital authority voted to give full-time staff a $50 gift card to DR Grocery and a $25 gift card for part-time staff in May 2020. Later that year, board members approved Christmas bonuses of $100 for full-time staff and $50 gift cards for part-time staff.

During the CEO report for the most recent meeting, Purvis noted that ‘staffing is still a concern in the hospital’ and the meeting minutes state that Purvis told authority members they ‘will discuss more in executive session.’ The issue with executive session and staffing, though, is that it is reserved for specific hiring and disciplinary matters on specific employees or potential employees. The hospital authority is not permitted to go into executive session simply for the purposes of discussing the issue generally.

Bulloch Schools: Free Summer Meals for Any Children 18 & Under

Ft. Stewart Soldier Sentenced for Sexual Contact with Child Back in 2006