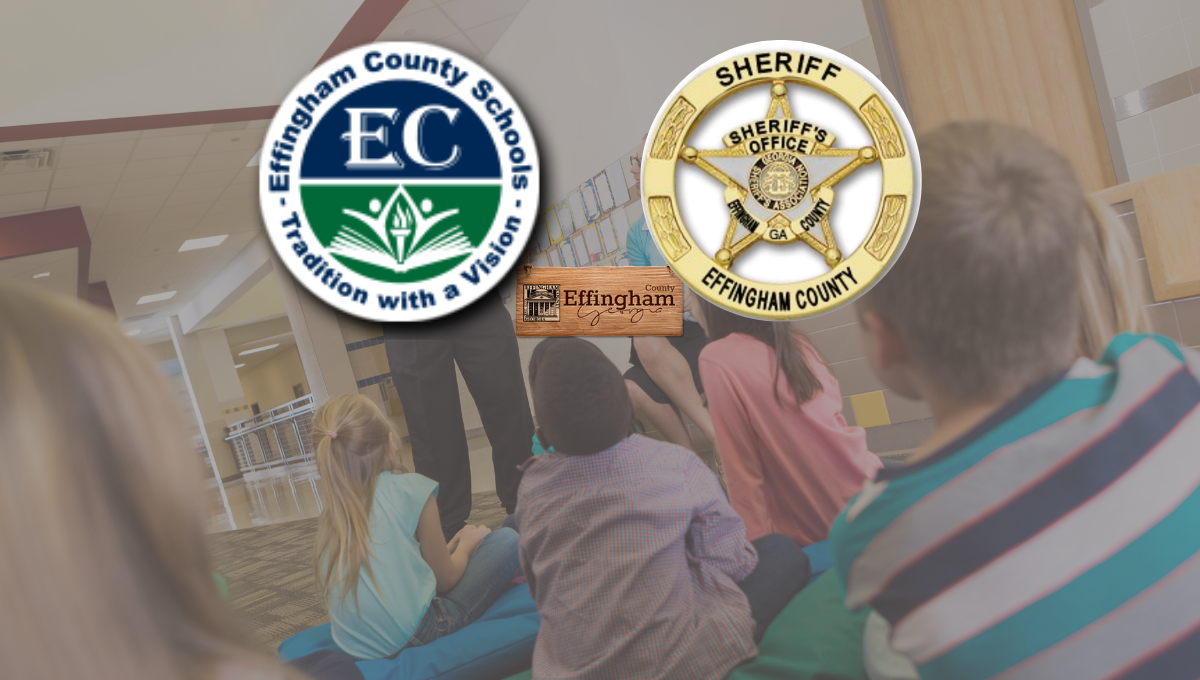 The Effingham County Board of Commissioners voted last week to add additional School Resource Officer’s to the Sheriff’s FY 2023 budget after a request from the school system.

The proposal followed a request by Effingham County Schools in the wake of ‘recent events in other school districts throughout the nation.’ The addition of five SROs would place one SRO at each school in the district with a 25% share for funding paid by the county commission budget and 75% paid by the Board of Education budget.

Human Resources Director Sarah Mausolf told Commissioners that current operations have one ECSO deputy/School Resource Officer splitting time at the high school and the respective middle school. With all of their duties and directing traffic, “they’re not servicing the children,” she said.

Commissioner Reggie Loper suggested that the SROs are not doing “what we want them to do” when they’re directing traffic. County personnel explained that traffic control was part of the SRO job description and that SROs make their way into the buildings once the bells ring.

SROs But No Road Patrol?

County Administrator Tim Callanan added to the presentation that Sheriff Jimmy McDuffie shared he would consider widening the pool of applicants by seeking candidates who would only work during the school year. In those instances, the county commissioners would not contribute anything toward the salaries from the county budget.

Loper asked if the deputies could be used for other things by the Sheriff when they’re not in school and Callanan responded “if we’re paying the 25%.”

When asked if he had spoken with the school system about no contribution for salary and benefits by the county, Callanan replied, “No.”

Callanan said the county does not get the work of the deputies for the 25% of the year if they’re only working during the school year. His comments suggested that summer amounts to three calendar months (or 25%) per year. In actuality, the summer months include less than a week in May, the month of June, and three weeks in July.

Commissioner Wesley Corbitt said he always understood the cost sharing of salaries and benefits to be a mutual agreement that made it less expensive for the school system and the county to have law enforcement presence on campus. He said he was not aware that it was because of the time spent in school and on the road.

Callanan said that [sharing the costs regardless of road patrol service] was an avenue that could be explored.

Commissioners also asked if SROs were given vehicles that are “fully equipped” and if SROs are POST certified and carrying [a weapon] on the job. Both were answered affirmatively.

“So, if there was a situation where the SRO wasn’t working the other two months, the Sheriff could put that vehicle in service,” Commissioner Phil Kieffer said. That, of course, would require the Sheriff’s Office to have a deputy that works just two months per year.

Sheriff McDuffie will be responsible for the hiring of the additional SROs.

The Sheriff’s Office is currently understaffed by a large margin from the desired staffing levels. Commissioners voted to increase the pay for all ECSO employees by $3.00 per hour in the new fiscal year, but retention remains an issue when better benefits packages and higher pay are offered elsewhere. A multi-year pay compensation study that cost taxpayers nearly $20,000 exacerbated pay compression issues and despite having more than $60 million in unrestricted funds in the bank, Effingham County continues to pay employees below other agencies in the area.

With regard to pay during Tuesday’s meeting, Callanan said the school system was generous enough to offer a $250 monthly stipend for the SROs. “We’ve already obviously upped the pay in the new budget and that just further offers another sweetener for folks to consider.”

Ultimately, Commissioner Burdette made a motion to approve the five additional SROs. Commissioner Floyd seconded the motion. It passed unanimously. The actual vote was to approve the addition of the positions. The price tags on the positions are still undetermined. The Director of Finance will present the final numbers at a later date via a budget amendment. Whether or not the county contributes 25% for school year-only deputies is also still to be determined.