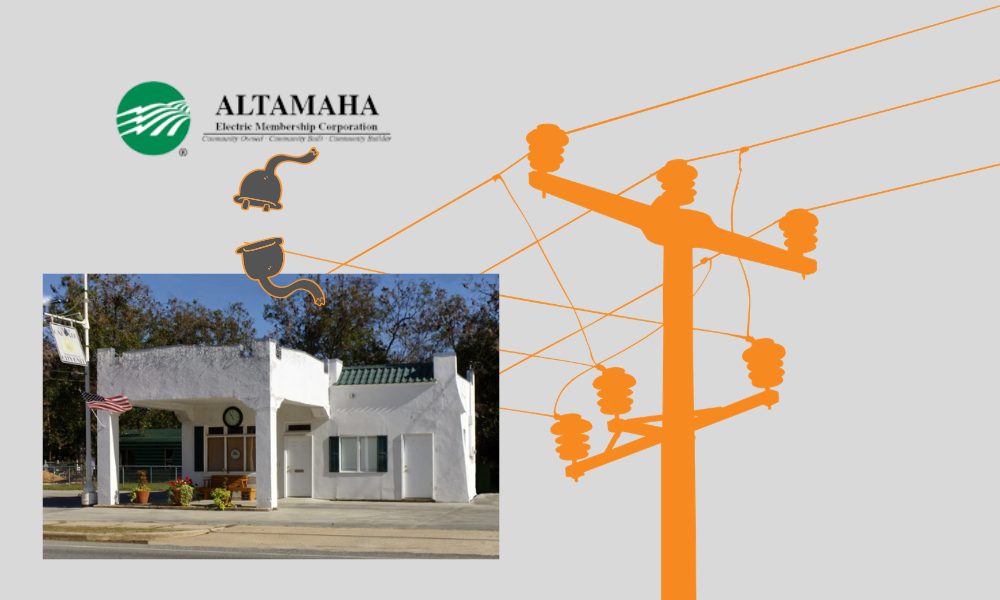 A local electric membership co-op recently angered customers when it distributed a letter to Oak Park residents about a forthcoming increase on monthly electric bills, placing blame squarely at the feet of elected officials in the city. Further review of the agreement and state law, however, suggests that the direction of blame was likely misguided.

Lyons-based Altamaha Electric Membership Corporation told customers in a March 25, 2021 letter that EMC electric accounts inside the city limits would soon include an additional fee on monthly bills because of an act by city officials. The EMC, which serves Emanuel, Johnson, Laurens, Montgomery, Tattnall, Toombs and Treutlen counties, states that the City of Oak Park “elected to impose a franchise fee on utility companies operating within their city limits” and goes on to explain that the City and Altamaha EMC executed an agreement which “requires a franchise fee equal to four percent (4%) of the cost of your electricity be assessed on your Altamaha EMC bill each month.”

As a result, the letter explains, the franchise fee will be assessed beginning in April at the rate calculated, prior to fees, add-ons, and taxes. A copy of the letter, which is signed by CEO Romanous Dotson, is at the bottom of the article.

The letter seemingly notifies customers of the new fee and indicates that the company will pass off the additional cost to the customer, while blaming the city for both.The issue, however, is two-fold:

What is a franchise fee?

Franchise fees are fees that local governments receive on a monthly or annual basis from utility and telecommunications companies for reimbursement for the use of public rights of-way and the subsequent maintenance of those rights of way. “If you look out in the county, Georgia Power Company, for example, purchases large tracts of land to run their power lines over,” a GMA representative told the Union Recorder in 2015. “In more densely populated areas, however, they don’t have that ability. Instead, they rent the space from the city to run their lines. So, the fees are reimbursement to taxpayers for a private use of their property.”

Additionally, the franchise fees are supposed to be compensation to the local government for exclusive rights to providing the service and serve as a deposit to ensure that a city is not on the hook for any damages to the right-of-way done by the company.

The funds are collected by the electric company, paid directly to the city, and are to be directed to the local government’s general fund for use on any type of expenditure.

Different companies are subject to different rates under state law, but electric companies are required to pay right-of-way use compensation at a rate of 4% of gross revenues. These rates are something the Georgia General Assembly reevaluated during the 2021 legislative session and EMCs that partner with telecommunication companies to share infrastructure for broadband expansion are subject to different rules entirely.

The Georgia Municipal Association details a number of case studies on franchise fees, the imposition, and their use on the organization’s website.

The Oak Park City Council voted during their March meeting to enter into a franchise agreement with Altamaha EMC, which was executed officially by the President of Altamaha EMC on March 23, 2021. This was done explicitly in line with OCGA § 36-34-2(7)(A) and (B) and the Georgia Constitution, which outlines the terms under which franchise fees are imposed and the public disclosure of such.

Additionally, the City of Oak Park has no authority to require Altamaha EMC to assess a new fee, as is stated in the March 25, 2021 letter, on its customers.

Specifically, the agreement between Oak Park and Altamaha EMC:

Given that Altamaha EMC skirted paying a franchise fee to the city for at least a decade and a half due to the lacking agreement by prior administrations, the company did not compensate Oak Park for its exclusive right to provide electrical service to the town – the entire premise of the establishment of the fees in Georgia – or for its ongoing use of the public right of way.

What Oak Park is doing is no different than most municipalities in Georgia, from Register and Statesboro to Stonecrest, Newnan, Dunwoody, and Brookhaven.

Those with additional questions on the city’s agreement with Altamaha EMC can attend the next regular council meeting for the City of Oak Park — May 6, 2021 at 7:00 P.M.