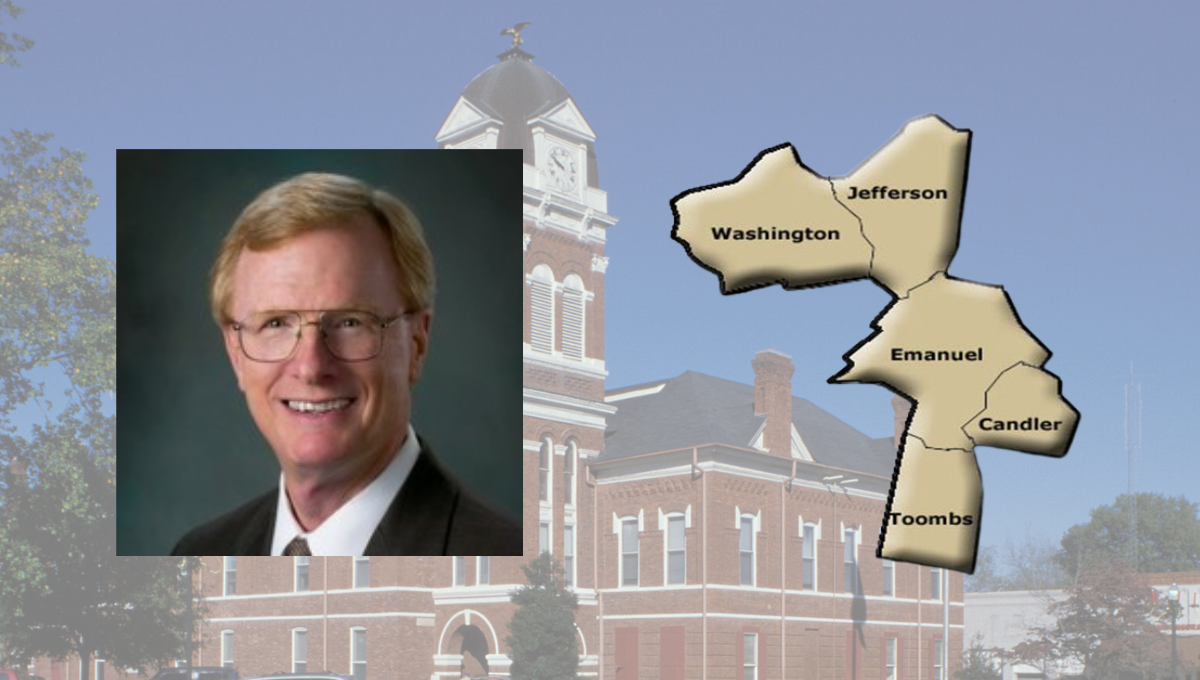 The state entity responsible for oversight and discipline of judges across Georgia filed a 58-count charging document on Wednesday against a South Georgia judge.

Middle Judicial Circuit Superior Court Judge Robert Reeves is accused of improper temperament and comments on the bench, improper comments demonstrating bias and prejudice, improper contact with court personnel, and ethical violations surrounding the fundraising and support for a victim assistance entity in the judicial circuit.

Reeves took the bench in the Middle Judicial Circuit, which encompasses Candler, Emanuel, Jefferson, Toombs, and Washington counties, in 2007. When Judge Kathy Palmer retired in 2020, he became the circuit’s chief judge. The allegations laid out in the inquiry filed before the Judicial Qualifications Commission (JQC) range in time from 2015 to 2022.

The investigation by JQC Director Chuck Boring began after the JQC received complaints against Reeves. The charging document references a number of incidents with multiple individuals, most of whom are referenced only by their initials.

Fundraising and Promotion of Advocacy Center

The complaint alleges Reeves fundraised and advocated, in his official capacity, for the Sunshine House, which serves all of the counties in the Middle Judicial Circuit. The employees routinely testify in court in sexual assault and physical abuse cases.

The document alleges six incidents of commentary made by Judge Reeves, including

The document alleges four individuals who were subject to Reeves’ comments from 2016 to 2022. The charging document states the patter of improper behavior, at a minimum, “gave the appearance of constituting sexual harassment and/or bias based upon the gender of various females involved in the middle Judicial Circuit court system.”

J.C. – An employee of the Public Defender’s Office was whistled at while walking down a one-way street. Reeves stated words to the effect of, “[w]hat’s a pretty girl like you doing walking alone?” The woman is routinely called “Miss America” by Judge Reeves and he regularly “touches J.C.’s shoulders, rubs her back, and attempts to hug her, and does so in a manner that often makes her uncomfortable.” The document says Reeves has, on multiple occasions, told J.C. he will sign documents presented to him if she smiles. J.C. began taking an PD office investigator with her to have documents signed, prompting Reeves to remark that she was ‘a big girl’ and did not need the investigator to accompany her. Members of the court system joke, the document alleges, that if documents are not signed by Reeves, they should have had them taken by J.C.

B.P. – An employee of the Public Defender’s Office was told by Judge Reeves in regard to another public defender that she needed to decide if she wanted to be a full-time mother or a full-time attorney as she couldn’t be both. The document also outlines an incident at the Emanuel County courthouse where, after returning from a family vacation, Reeves walked by B.P. and another person and said B.P.’s husband’s back would not hurt “if you didn’t do the stuff you see on TV…you know one foot on the nightstand and one foot way over here, he wouldn’t hurt his back.” The document says “While making the statement, Judge Reeves raised one of his legs up in the air and, to stabilize himself, placed one of his hands on B.P.’s shoulder.

M.B. – In June 2022, in the Emanuel Courthouse parking lot, Reeves told the woman “You have really nice legs!” The woman and Reeves had only interacted on two occasions previously.

C.P. – During a virtual meeting with the Jefferson County drug court staff in 2020, Reeves commented that he expected women to wear bathrobes and bathing suits during virtual hearings. The document also says C.P., from 2015 to 2020, witnessed Reeves inappropriately comment on the dress and appearance of other female attorneys, made comments about C.P. keeping in shape, and made negative comments about another ADA taking maternity leave.

The complaint alleges ten rules of judicial conduct that have been violated by Reeves in the fifty-eight counts.

The complaint concluded with the following statement:

“Judge Reeves’s conduct as alleged above amounts to willful misconduct in office, habitual intemperance, and is prejudicial to the administration of justice bringing the judicial office into disrepute. Therefore, the Director hereby seeks disciplinary action for the above-stated violations of the Code of Judicial Conduct.”

The inquiry filed Wednesday is the initiating action to take the matter before the JQC Hearing Panel in a formal proceedings to determine whether Reeve’s conduct ‘constitutes violations of the Code of Conduct, and if so, the appropriate discipline.’ Reeves will have the opportunity to formally respond or have legal counsel respond on his behalf.

Reeves is represented by Atlanta attorney Lester Tate. Tate routinely represents other lawyers in their legal matters, notably Statesboro attorney Francys Johnson, who was held in contempt by Superior Court Judge Michael Muldrew, and State Representative Trey Kelley, for his role in a delayed 911 call that left a bicyclist deceased in a ditch. In both cases, Tate garnered successfully achieved dismissals, with the Georgia Court of Appeals overturning the ruling by Muldrew holding Johnson in contempt in Statesboro and charges being dismissed against Kelley in Polk County.

You can read the complaint here.

This article has been corrected to reflect that both of the other referenced cases involving attorney Lester Tate achieved outcomes favorable to the parties he represented. A previous version of the article erroneously implied that those cases were pending legal matters. We apologize for the error.