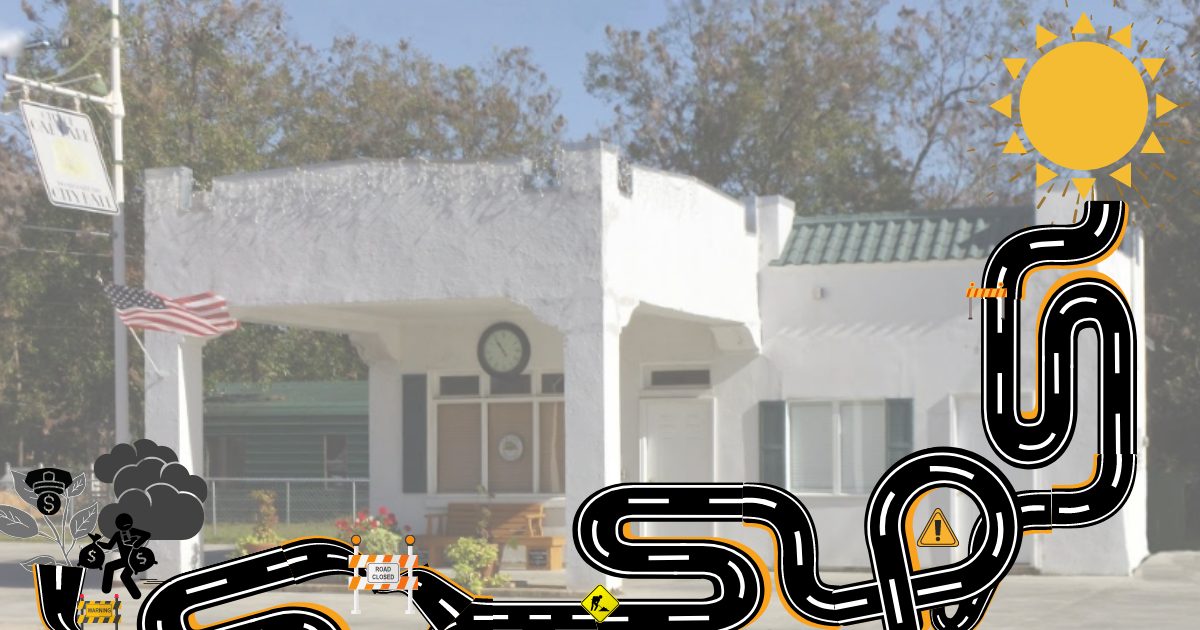 The road to redemption in the City of Oak Park has been all but a quiet one. The town of 512 residents, most of whom are lifelong, sits on the southern end of southeast Georgia’s Emanuel County. Though it has direct access to I-16 and US-1, if you don’t pay attention passing through, you’re liable to miss it.

Oak Park in the Dark

Financially, Oak Park hemorrhaged cash around the clock to fund a full-time police department. The PD provided a ‘speed trap’ reputation to the city thanks to the 500+ traffic tickets written each month. The most recent financial audit was at least two and a half years old and the current recordkeeping was abysmal at best. Many of the staff were not qualified to hold the high ranking positions they did. At least two employees toted a dangerous level of self-interest.

Transparency was an unknown. Questions, by citizens or disagreeing council members, were not permitted. Requests for public records required a person to hire an attorney. Council often made decisions outside the view of the public.

Worst of all, public trust in city officials was lost. Outraged citizens filled council meetings, which routinely entertained yelling and name calling. Officials threatened frustrated and vocal residents with police action. Laws were twisted to suit a narrative. Dissenters were kept off the ballot.

Two renegade councilwomen tried to make a mark, but the mayor routinely shouted them down, if they were even permitted to speak at all.

It was a mess.

Watching their once tightly knit town circle the drain was infuriating for some, but devastating for many. The nail in the coffin was a proposal by elected officials to institute a property tax to help fund city operations. Oak Park operated for 100 years without a property tax, but was now on the brink of collapse. The overwhelming concern prompted a committed group of citizens to organize a plan to take back their city.

Dark Before the Dawn

Concerns over whether ‘bringing everything to light’ would do more harm than good were recurring. Specifically, some worried that an atomic bomb on the city would keep good help out ‘on the other side.’

Ultimately, citizens committed to stick around for any rebuild that would be necessary. After enlisting the help of a local writer for publicity, they geared up to press on.

The ‘tip of the iceberg’ of what they faced, however, proved to be a volcano that wouldn’t stop erupting.

Over the next several months, the public learned of a number of issues and scandals, including:

The scandal that would tip the boat over, though, involved the IRS. For seven quarters, the city clerk paid no payroll taxes. This left the city $151,000 in arrears with penalties compounding daily. When calling it a ‘major oversight,’ City Clerk Monica Slater said the money was in the accounts. That later proved to be untrue, but her resignation in July 2018 left little remedy.

On numerous occasions, it appeared that the best solution was locking the doors and unincorporating the town. But a grim outlook could not deter the persistent.

Oak Park in the Light

By November 2018, the entire town was well-versed on Oak Park’s problems. When Election Day arrived, voters ousted the incumbents and the new regime pledged not to become what they had opposed.

The transition would only bring more hardships. A dire financial situation is bad, but it’s compounded when more files are missing than on record. Worse, no institutional knowledge of operations existed as the city was on its third clerk in six months. In what seemed like a relentless avalanche, empty bank accounts meant no headway with the IRS. Thanks to penalties, the city now owed more than it did when it discovered the issue a year prior.

Tough decisions had to be made. In April 2019, council voted 4-0 to indefinitely suspend the police department. The decision was vehemently opposed by some. The next month, the Emanuel County Sheriff’s Office took over patrolling the community. City officials began auctioning off vehicles, equipment, and anything else with a monetary value. Every dollar went to the IRS.

The city ‘went without’ on a number of budget items. Elected officials and city employees opted to do work themselves instead of outsourcing. Busted water lines have left the mayor, a councilman, and a public works employee in the ditch long after dark on more than one occasion. In-house repairs, however, mean they pay only for parts. When possible, the city has sought assistance from Emanuel County, the Georgia Municipal Association, and the state. It was also victorious in a dispute over an unpermitted cell tower erected near the highway. With no concessions from the IRS, Oak Park slowly chipped away at the balance that seemed insurmountable.

More importantly, officials reported the status every month. Council meetings include announcements on bank account balances, outstanding expenditures, and expected revenues. Financial documents are available for review at the council meetings and questions on any matter are not just permitted, but welcomed.

In January 2022, Oak Park was finally up to date on its financial audits. Those audits showed much of what everyone already knew.

2017: Expenses exceeded revenue by $188,345 and most accounts operated in the red. The auditor noted that this is a violation of state law. 17 deficiencies were noted in the accounting practices, including lacking segregation of duties, unreconciled checking accounts, lack of oversight of clerk, missing invoices and receipts, city personnel not qualified to perform accounting duties, court, water, and garbage accounts could not be reconciled due to missing documents, and SPLOST funds were used for general operations.

2018: Police Department exceeded its budget by $743,779. Other account overages totaled ~$40,000. 17 deficiencies were noted in the accounting practices, including ‘errors and omissions’ in financial statements. Expenses again exceeded revenue, a violation of Georgia law.

2019: Police Department expenditures exceeded budgeted amounts by $175,000 before it was dissolved in April 2019. Financial deficiencies were reduced to 10, all of which were carryover effects from the previous administration. Expenses did not exceed revenues.

2020: Public Safety funds were off in budgeting by $831. Street fund budget was off by $2,259. Financial deficiencies were reduced to 6. Most are carryover from 2017 and 2018 for things such as misused water funds that have yet to be paid back to the proper account.

So much progress in what, on paper, appears to be a long time. But a mere ten months in 2018 and 37 months in office is not that much time at all. 47 months and a tireless community brought redemption to Oak Park.

The ‘pitfalls’ of getting back on track include poorly attended council meetings and a less engaged citizenry. Most of the ‘originals’ still participate, though most of the residents of Oak Park are pleased with the direction of the town. Moreover, they trust the people they elected to make decisions on their behalf.

The council has seen some turnover due to ‘life’ happening, but the new members are just as invested in the long term stability of the city. The mayor, who thought he would bow out after just one term, is contemplating a second. The redeeming quality of another term? It can’t be worse than the first.

The secret of change is to focus all of your energy not on fighting the old, but on building the new.”
– Socrates