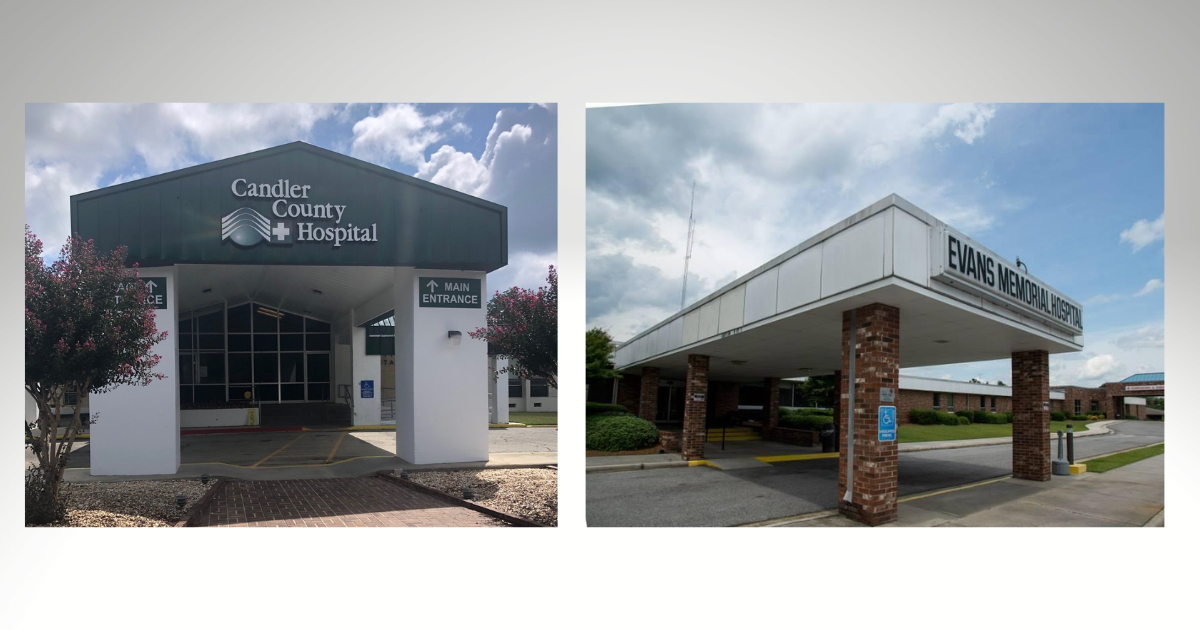 Candler County Hospital in Metter and Evans Memorial Hospital in Claxton will both receive $900,000 thanks to a state grand award, officials announced last week.

The Rural Hospital Stabilization Grant was established in 2014 to help address the unique challenges facing rural hospitals across the state. It is facilitated by DCH’s State Office of Rural Health (SORH), and has awarded more than $39 million in grant funding since the program’s inception.

Each hospital will receive $900,000 to support initiatives and services that strengthen access to quality care for Georgia’s underserved communities. Specifically, hospitals must complete a project in which they meet one or more of the core program goals:

The 2022 grant recipients are:

12 other hospitals did not receive grant funding. Story continues below.

State officials say the financial program is imperative to the survival of rural hospitals.

“This program has become an integral part in stabilizing our rural hospitals and sustaining their viability,” says SORH Executive Director Stephen Register. “Through these and other critical resources, we are building the right partnerships and helping to strengthen Georgia’s healthcare programs to meet the complex needs of rural communities.”

For both Candler County and Evans Memorial, the taxpayers foot the bill via subsidies awarded by the Board of Commissioners.

In May of 2022, TheGeorgiaVirtue reported on Candler County Hospital’s CEO pay, an expenditure for which the top administrator garnered more than $75,000 in raises in less than two years while other employees stayed stagnant. The Candler County taxpayers are on the hook for one mill in property taxes and Commissioners often utilize tax dollars to pay the hospital bonds while the hospital operates at a loss.

In Evans County, Commissioners voted to funnel $50,000 per month to the hospital, which claimed it was close to shuttering in February 2020. Following a host of federal and state bailouts, however, the hospital asked commissioners to defer those funds until a later date.

Due to the sensitive nature of mental health matters and in the interest of the privacy of the individual taken to the hospital, the name of the woman referenced in this story has been changed. Additionally, any references to her or her family members have been edited in this article.

The top official at Candler County Hospital received a $75,000 pay raise as the hospital routinely experiences operational losses, staffing shortages due to low pay and low morale, and a tug-of-war with the state’s transparency laws.

Luetta Moore Returns to ‘Weekends Only’