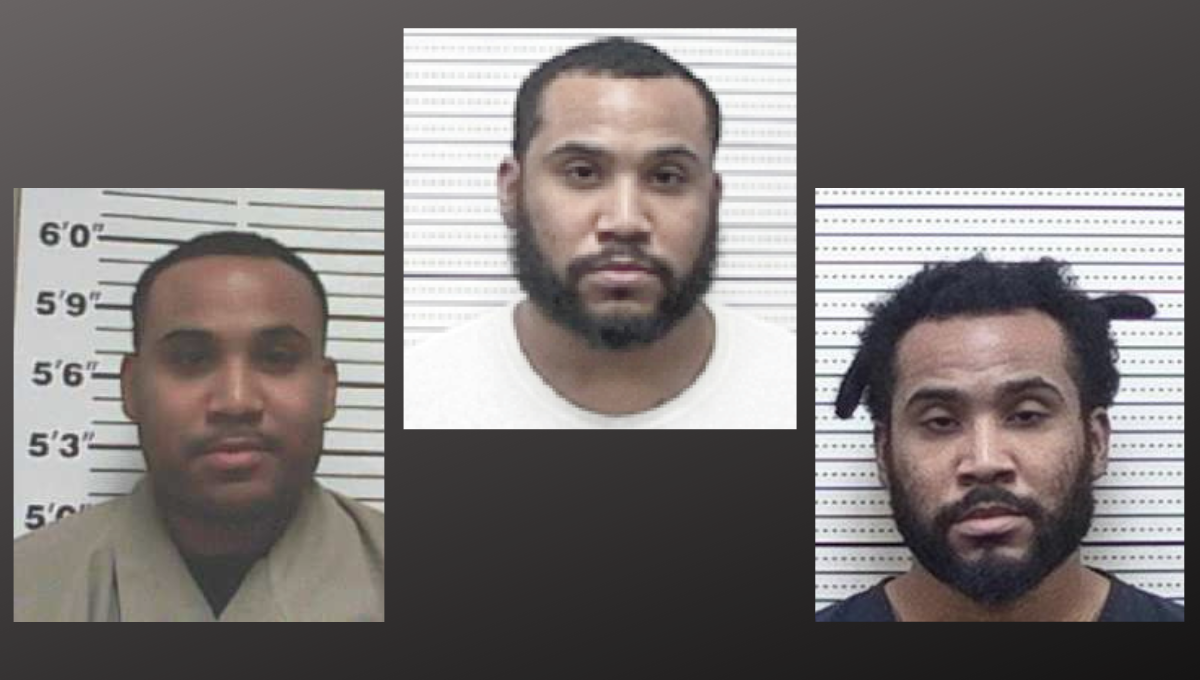 John Herbert Mincey and Meahki Carter escaped from the Tattnall County Jail on Monday afternoon. While 18-year-old Carter has no history with the Georgia Department of Corrections, public records on Mincey show convictions of 17 different felonies and a handful of misdemeanors across two counties, three arrests cycles, and two bouts in state prisons.

But despite the seriousness of the offenses committed by Mincey, his probation violations, and the relatively short time span in which the crimes were committed, Mincey’s actual stays behind bars have been relatively short.

Records show that the Georgia Department of Corrections released Mincey from their custody after he served two and a half years on a 10 year sentence for multiple counts of Aggravated Assault, Cruelty to Children, and felony Theft, among other things. Less than two years later, Mincey was arrested again in Tattnall County.

More recently, Mincey was released by the Georgia Department of Corrections in August 2021 after serving three years on a 14 year sentence and despite being on probation for his first felony convictions at the time of his arrest and conviction for the second round of offenses.

Less than one year after his release in 2021, Mincey was arrested in Tattnall County again, this time for Kidnapping, Aggravated Assault, Terroristic Threats, Cruelty to Children (1st degree – maliciously causing excessive pain), Simple Battery, and two probation violations. He’s been behind bars since his July 2022 arrest after bond was denied by a Superior Court judge.

In February 2013, Mincey pleaded guilty to all five counts and was sentenced to:
5 years for Aggravated Assault, 3 years to serve + 2 on probation
5 years probation for the Possession of a Firearm, consecutive to the Agg Assault.
The other sentences were concurrent to the Agg Assault charge.

Following Mincey’s conviction in Tattnall County in 2018, the Evans County case from 2011, for which Mincey was on probation, was subject to a revocation. A Superior Court Judge revoked the remaining four years of Mincey’s probation sentence and ordered him to serve those four years behind bars, concurrent to (or at the same time) any other sentence he was serving.

Despite the order for four years’ time behind bars for violating his probation in Evans County and despite the 14 year sentence, GDC released Mincey from the Valdosta Transitional Center just three years and one month after his conviction. He was incarcerated from July 10, 2018 to August 2, 2021 for the 2017 Tattnall County cases.

Interestingly, Cruelty to Children offenses are Level VIII offenses under the Georgia Pardons and Paroles Board guidelines (as of 2018), meaning offenders are supposed to serve 65% to 90% of their prison sentence before they are eligible for parole. 65% of a 14 year sentence is 9.1 years.

According to the Tattnall Journal-Sentinel, Mincey was arrested earlier this year for an abduction of a male teenager in Reidsville. In May 2022, Mincey and another individual allegedly forced the teen into a vehicle, took him to a residence where he was physically assaulted, and then drove him to a bridge where he was forced over the edge. Mincey was wanted for roughly 45 days before authorities caught him.

Mincey and Carter escaped from the Tattnall County Jail’s recreation yard on Monday, October 10, 2022. Anyone with information is asked to contact the Tattnall County Sheriff’s Office or 911. Do not attempt to approach or apprehend either individual.