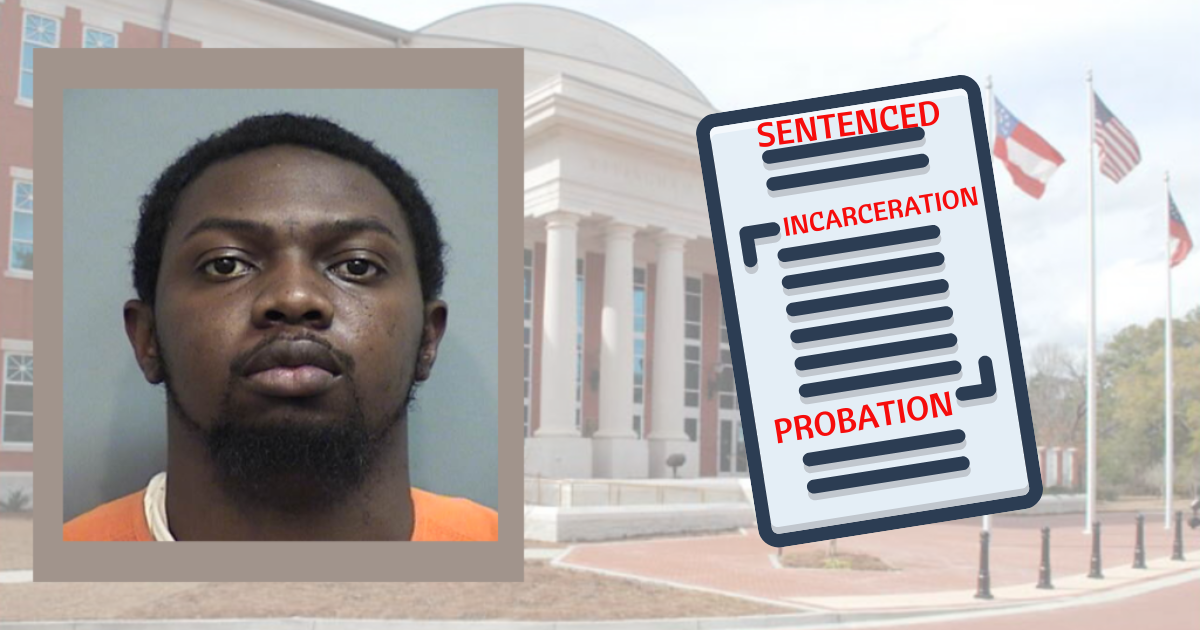 Franklin Hope Johnson appeared in an orange jumpsuit and shackles, as he’s been in custody since a jury convicted him on twelve felony counts after a two-day trial two weeks ago.

Johnson stabbed Sergeant Danny Harrington nine times in 2016 as Harrington and three other deputies attempted to execute a 1013 order filed by Johnson’s grandparents and signed by a probate judge. Harrington knocked on the door and, within seconds, was attacked by a knife-wielding Johnson. The scuffle that followed involved a violent attack on Harrington by Johnson, which only stopped with the intervention of three other deputies, multiple pairs of handcuffs, and two Taser deployments on Johnson.

During trial, prosecutors argued that Johnson was dealing with the effects of spice and intentionally caused harm to Harrington, while his attorneys argued he was insane and suffering from delusions.

A jury took little time to deliberate and returned GUILTY verdicts across the board. Subsequently, Johnson faced a prison sentence of ten to sixty-five years based on his crimes.

Defense Counsel Asks for Probation Only

Ahead of his decision Tuesday, Judge Lovett Bennett Jr. heard from Johnson’s mother, stepmother, and father.

Rachel Sun, Johnson’s mother, spoke at length about Johnson’s medical issues and the things she believes sent him to the brink mentally. She said he lacked quality care in the Effingham County jail and stated that “the justice system would grow a heart” if it saw her son on the day he bonded out of jail after 5 ½ years. She also cited the racial components of Effingham County, saying “even white officers” hugged her son when he walked out and she was told in the search for an attorney that she “might as well take a noose with her son because he’s never going to get a fair trial.”

She closed by saying that he was never violent when on medication and had no intention of hurting Sgt. Harrington.

Niema Johnson, Franklin’s stepmother, also addressed the court. She testified that she works as a practice manager for a behavior health facility in Rincon, which contracts with the drug court and mental health court in Effingham. She said Johnson has put his best foot forward since his release from jail and she would work to ensure he continued to do so if given a probated sentence.

Franklin Johnson, the defendant’s father, testified that available programs were lacking when his son was in need and when he sought a 1013 for depression, his son “didn’t know if he was coming or going.”

Johnson’s attorney, Lloyd Murray, argued for the court to impose a sentence of probation only.

“It goes without saying, Franklin Johnson had no intention of hurting anyone,” Murray said. He then asked the court to give Johnson extended probation, require mental health treatment, and take judicial notice of Georgia’s poor mental health system. He also asked the court to sentence Johnson under the First Offender Act with credit for time served. “Justice would be served in doing so,” Murray said.

Prosecution Asks for the Maximum

Assistant District Attorney Matt Breedon asked for the opposite of Murray – asking Bennett to impose a maximum sentence ensuring Johnson served every day of the sentence available to him: 65 years.

“There should never be a probation-only sentence for an attack on a law enforcement officer, no matter the personal circumstances,” Breedon said. “By his own statements, he saw them pull in, and he pulled out a knife. Those were the statements of his family, too.”

Breedon also refuted Murray’s contention that this is a mental health case.

“The jury found that the act was intentional or intentional after stopping his medications and using illegal substances. This isn’t about mental health, it’s about the defendant’s choices,” Breedon said. “He’s shown zero acceptance of responsibility and no one in his family wants to accept responsibility for his acts.”

Breedon said people across the country are dealing with illnesses like Crohn’s and they’re not stabbing people as a result.

“Maybe he is doing better now, but you know who is not doing better? Sergeant Danny Harrington. The suggestion of probation-only is appalling.”

Judge Bennett took a ten minute recess to review notes and merger issues. Upon returning to the courtroom, Bennett said he agreed that the jury did not find that the case was one of mental health and that probation-only would not be appropriate. He went on to say that he did not believe First Offender would be appropriate either and that this was not a case for a 65-year sentence.

“I’ve been thinking about Sergeant Harrington since his testimony and I think that if it was anyone else – anyone without his size, strength, experience, and situational awareness, we’d have a different case before us. Because of those things, Sgt. Harrington didn’t die. He took the brunt for the officers that day and for the county and the circuit as well…any law enforcement agency would be proud to have him.”

Ultimately, he sentenced Johnson as follows:

The total sentence is 15 years to serve – with credit for time served in the amount of 5 years, 9 months and 17 days – with 50 years on probation.

Following the sentencing, Johnson’s family and attorney spoke in the hallway on their intentions to file an appeal and for a new trial. Johnson will return to the Effingham County jail where he will await transport to a GDC facility.