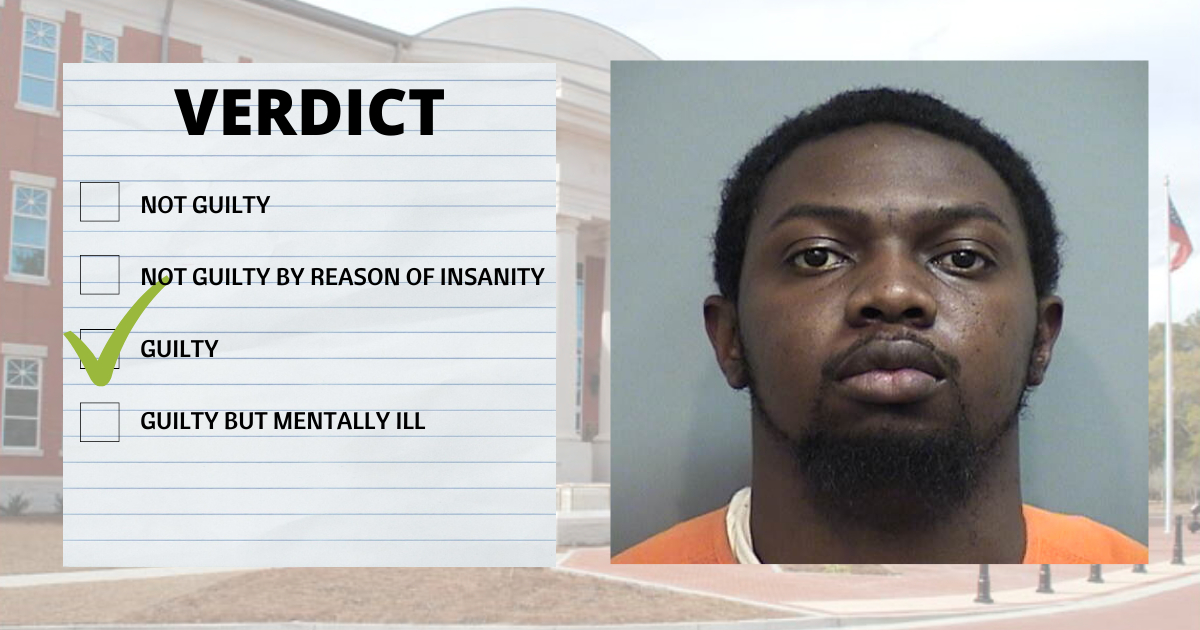 Franklin Hope Johnson stabbed Sergeant Danny Harrington nine times in 2016 as Harrington and three other deputies attempted to execute a 1013 order filed by Johnson’s grandparents and signed by a probate judge. Harrington knocked on the door and, within seconds, was attacked by a knife-wielding Johnson. The scuffle that followed involved a violent attack on Harrington by Johnson, which only stopped with the intervention of three other deputies, multiple pairs of handcuffs, and two Taser deployments on Johnson.

Prosecutors contend that Johnson saw deputies approaching, armed himself with a knife, and attacked Harrington in a willful attempt to resist apprehension.

Defense attorneys, however, spent the better part of the two days claiming the state had no evidence to suggest that Johnson was not experiencing a psychotic episode brought on by a mental disorder.

Over the course of two full days of trial, jurors heard testimony from four deputies from Effingham County Sheriff’s Office, Sgt. Danny Herrington himself, the father, grandfather, and grandmother of Johnson, two agents from the Georgia Bureau of Investigation, a medical professional for the defense, and an independent medical professional appointed by the court.

The contentious trial pitted the defense against the Effingham County Sheriff’s Office, the Georgia Bureau of Investigation, and medical professionals who contended that Johnson’s psychosis in 2016 was substance abuse-induced.  On Friday, the commencement of jury deliberations was delayed over concerns of possible juror misconduct and they finally went into the deliberation room at 10:15 a.m.

Jurors deliberated for an hour and forty-five minutes Friday morning before announcing they reached a verdict.

Read the details of Day 1 and Day 2 of the trial here.