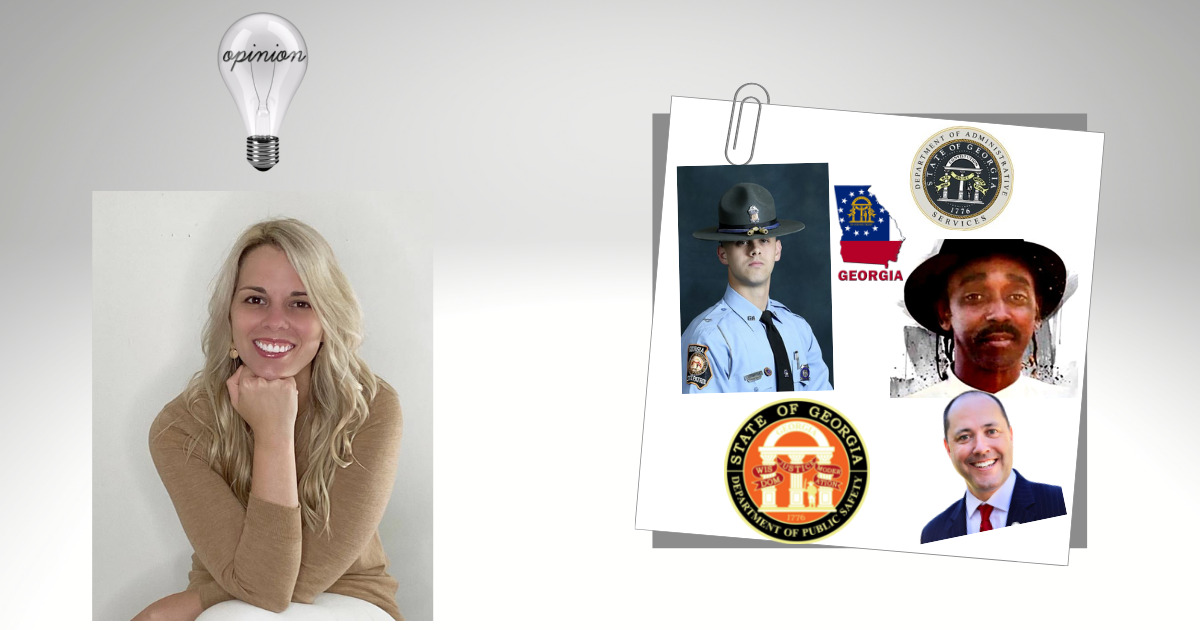 The following article is an opinion piece and reflects the views of only the author and not those of TheGeorgiaVirtue.com

The settlement itself is the state’s largest in over 30 years and exceeds the amount set forth in Georgia’s tort statutes, which leaves much to be discussed.

The lawsuit stemmed from the August 2020 death of Lewis, which was the result of a pursuit in Screven County. Then-GSP Trooper Jacob Thompson attempted to initiate a traffic stop just before dark, prompting a near ten minute chase, a PIT maneuver of Lewis’ car, and the discharge of a weapon by Thompson. (If you’re unfamiliar with the case, a series of 19 articles over ~15 months can be found here)

The saga seems to be one that just won’t end, largely because the District Attorney’s Office refuses to assert publicly whether or not it will once again try to pursue criminal charges against Thomspon. More than nine months after a Screven County Grand Jury returned a ‘No Bill’ of Indictment on felony murder charges, ‘mum’ continues to be the word. The fact that DA Daphne Totten and two of her lickspittles lobbied grand jurors for nearly eight hours and still failed to yield their desired result appears irrelevant to Totten’s decision making process, or lack thereof.

The civil claim for the wrongful death, however, has run parallel to the criminal case for nearly two years. The day after Thompson was released on bond, 106 days after his arrest, attorneys for the Lewis family announced the state of Georgia received notification of the family’s intent to file a suit. For many moons, the discussion was about the release of the dash cam footage. Those calls aren’t even echoes at this point, as the calls for action turned to silence when the lawsuit negotiations began.

Did the goal posts move?

Most people don’t know how the process works or what a settlement even means because they’ve never sued the State of Georgia, or any governing body for that matter.

While a criminal conviction requires proof beyond a reasonable doubt, the standard for a civil award is by a ‘preponderance of the evidence,’ or a burden of proof that it is more likely than not that something is true. There is no standard of proof for a settlement and parties can agree to a dollar amount for any given reason.

In a press release, the attorneys for the family of Lewis said the settlement “sends a powerful message to the State and those in law enforcement and other positions of power that unnecessary use of force against innocent citizens is unlawful, morally corrupt, and carries legal consequences.”

Wow. It appears that the lacking requirement for much proof in a settlement spilled over into the official statement for public release. For starters, the settlement really doesn’t send a powerful message to anyone at all. It’s not like a check is written from a bank account with a memo line of ‘for punishment.’ In fact, it’s an insurance company that pays out on these kinds of things.

None of the parties involved in the incident in Screven County were at the negotiation table. It’s the Attorney General’s Office and the Department of Administrative Services that negotiate on behalf of state actors and their knowledge of the facts is…nominal at best.

The suit relies on ‘what should have happened instead,’ but that’s rooted in dash camera footage that, by acknowledgement of everyone, shows nothing because it was facing forward and Thompson and Lewis were to the side of it. Julian Lewis is dead and we know Jacob Thompson wasn’t involved in the settlement because the Georgia State Patrol fired him and never looked back when he was arrested by the GBI before the investigation was even complete.

Further, if Julian Lewis was innocent, it is inherently false to say the use of force was ‘unnecessary.’ I’m assuming the attorneys are saying ‘innocent’ in the ‘legally innocent’ sense because the matter for which the traffic stop was initiated was not adjudicated in court. By this logic, Thompson’s actions have actually been subjected to more adjudication than Lewis’ (circle back to the part about the grand jury and the No Bill of Indictment). The majority in that adjudication tossed the charges, saying the evidence presented didn’t support the claim that it was unnecessary or excessive. And while the civil case and the criminal case don’t intertwine or overlap, all of the attorneys in both know all of this. This is why people don’t trust lawyers, the inconsistency is gobsmacking.

And for the social justice warriors, this espouses no change. None of what you want. None of what others want. No changes in policy. This won’t ensure Troopers aren’t patrolling a county alone with the closest backup some 25 miles away, nor will it require the state properly fund agencies to ensure equipment is never faulty or inoperable, as was the case here. So, it’s just cash that neither improves anything nor restores a life. It is an amount of money to hush you up.

A record-making amount, to be exact.

The settlement amount is one which prompts considerable questions, largely because of the unrepudiated facts about Julian Lewis.

A wrongful death claim essentially seeks a monetary sum for ‘the full value of the life’ of the deceased and a survival claim for funeral expenses, pain and suffering, or punitive damages. Under Georgia law, damages are limited to $250,000 when it is determined that punitive damages are to be awarded.

On the other hand, the ‘full value of life’ is often calculated by the age of the person, what they would have earned had they not died, the economic loss, and so on.

Julian Lewis was a 60-year-old thrice convicted felon out on parole at the time of his death. He was unemployed and driving on a suspended license with drugs in his system in a vehicle which did not belong to him. Had he been arrested that night, his court proceedings would have been swift, as he would have been returned to prison for violating his parole.

I say all that to say that the calculation for ‘the full value of life’ seems to be off here. Or inflation has really taken hold.

Consider these other settlements (for age and amount, irrespective of case facts):

The lesson here is grim

You can willfully and knowingly break a number of laws. You can flee from the police. You can refuse to comply with commands for upwards of ten minutes. When the refusal rises to the level that a reasonable person in those same circumstances would fear for their life, you (the threat) will be stopped, as permissible by law.

The loss of life is tragic, irrespective of anything else, but the state actors largely ignore your bad acts. A livelihood is destroyed, a court system succumbs to politics, and the state refuses to defend an individual it once called ‘exemplary.’

Your defenders will mischaracterize the events – the main thoroughfares weren’t that far and you had ample opportunity to pull over somewhere safe. When your family cries foul in court, the State of Georgia will kindly remit to them a cool $4.8 million dollars…less the 30-40% due to attorneys, of course.