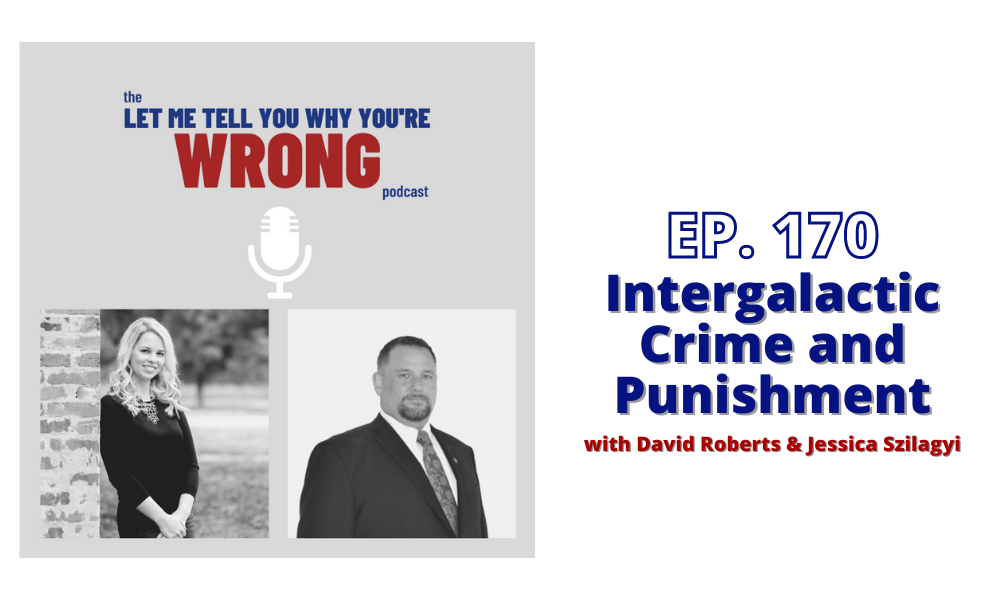 In Ep. 170, Dave & Jessica discuss the Pentagon’s UFO-related documents, the Space Force commander busted for conservative talk, the shuttering of an ICE facility in Georgia, the vaccine-induced alternative sentencing program in 2 Georgia counties, and the latest Sheriff to make the news for all the wrong reasons. Plus, Jessica revisits why women are too emotional for public office.