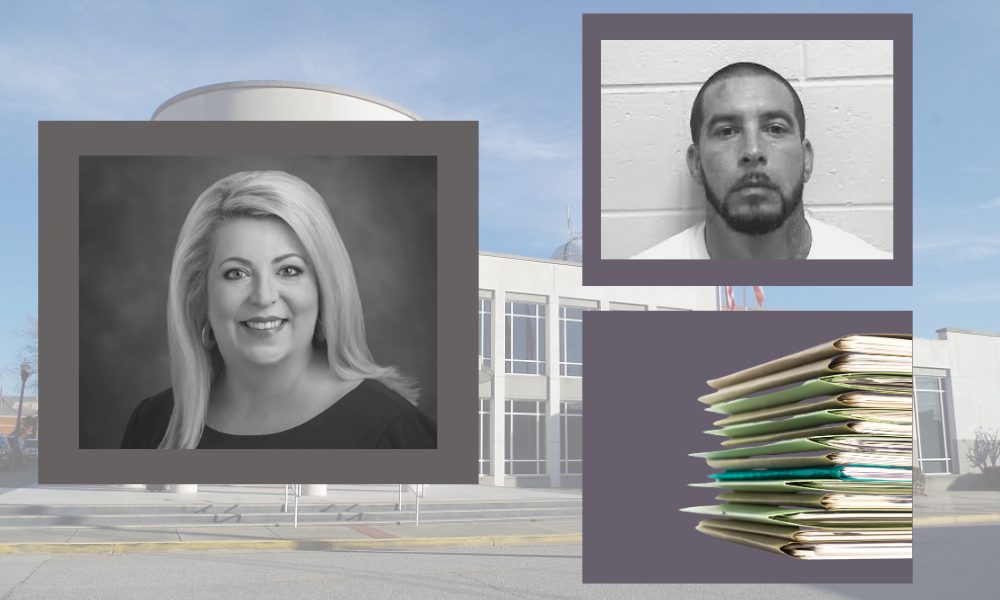 Attorneys representing two brothers accused of sex crimes in Bulloch County say a recent reindictment by the Ogeechee Judicial Circuit’s District Attorney’s Office motivated by “vindictiveness” and, in a filing, have called on the DA’s office to defend its decision to reindict before the case goes any further.

The demand is another curve in the winding road of accusations in two separate cases, both of which have been stymied by judicial emergencies and an ever-growing backlog of cases in the circuit. However, defense attorneys say the “last minute decision” to reindict is an attempt by the State to save its case, would triple the possible penalties upon conviction despite lacking new evidence, and smacks in the face of prosecutorial standards.

It “raises the appearance of vindictiveness and casts a shadow on this prosecution that can only be lifted, if at all, by…an explanation…” court documents read.

Danny Joe Saldano, 37,  and Vincent Saldano, 36, are brothers native to Bulloch County. Danny Joe owns Got Ink Tattoo in Statesboro and both he and Vincent are tattoo artists. All of the accusations made by victims reportedly occurred at the tattoo shop on S. Zetterower Avenue.

Danny Joe was arrested on August 29, 2019 after a three-day investigation stemming from a victim report made with the Statesboro Police Department. A grand jury returned true bills of indictment on two different counts of aggravated sexual battery back in 2019, with both incidents having similarities despite occurring almost two years apart, according to court documents.

Vincent Saldano was indicted in November 2019 on one count of rape based on an October 2017 allegation involving one of the same victims named in his brother’s case, but for a different offense. A bench warrant was issued for his arrest following the indictment.

Danny Joe Saldano’s case was tried March 23-26 2021, the first jury trial in the Ogeechee Judicial Circuit since the resumption of jury trials amid the COVID-19 pandemic. But the four day trial resulted in a hung jury and a mistrial was declared with the state reserving the right to re-try the case.

Vincent’s case remained on the calendar for a jury selection ahead of a trial in mid-April 2021.

In an unexpected act, two days after the mistrial declaration in Danny Joe’s case and 23 days before Vincent’s case was set to be tried before a jury, the district attorney changed courses.

The cases were presented to the grand jury again on March 30, 2021, this time as a merged case with the Saldanos listed as co-defendants facing a collective list of charges: aggravated sexual battery, aggravated sodomy, and rape. The grand jury returned a true bill of indictment after hearing from the district attorney’s office and Statesboro PD. An indictment is merely a grand jury’s determination that enough evidence exists for the specific charges to be considered at trial.

The collective indictments add an additional charge of aggravated sodomy and overlap the brothers into incidents of sexual assault for which they were not previously determined to be present. The indictments filed in Superior Court state the charges “accuse Danny Joe Saldano and Vincent Anthony Saldano, individually and as parties concerned in the commission of a crime” (emphasis added). All three charges, however, stem from the allegations made by the same female victim in an October 2017 incident.

Under Georgia law, a prosecutor may obtain a second indictment against a defendant for a same act which served as the basis for an initial indictment, without dismissing the first indictment – most commonly known as a ‘superseding indictment.’ But the new charges mean testimony from various cases not mentioned in the indictments can be presented at trial even though the incidents aren’t the basis of the accusations. While the evidence and testimony from the 2019 incident for which Danny Joe was already tried may not have been sufficient to convince a jury beyond a reasonable doubt, it can now be used as corroborating evidence against Vincent Saldano.

A Special Demurrer filed on April 5 suggests that the State would be unsuccessful without using evidence and testimony from the previously unconnected cases, that no new or additional information has arisen, and that there has been no “realization that previously discovered information has a broader significance,”  — all standards set out by the Supreme Court of the United States for justifications of reindictments.

Note: A special demurrer is a filing before the court that asserts that even if all the factual allegations in a complaint are true, they are insufficient to establish a valid cause of action, though the claims in a demurrer do not make claims to the guilt or innocence of a defendant.

Citing the Georgia case from 1996, Larochelle v. State, the court filing reads: “However, [a] reindictment increasing the severity of the charges following the exercise of certain procedural rights may create an appearance of vindictiveness, and where it does so, the burden is shifted to the government to prove that the decision to reindict with more severe charges did not result from any vindictive motive.”

The document alleges vindictiveness by the State based on the following claims:

Defense attorneys now want the district attorney’s office to provide the Court with the rationale behind the superseding indictment and an identification of how the Saldanos are alleged to have committed or participated in each crime that is alleged. “Failure to provide a meaningful, justifiable explanation merely confirms that vindictiveness is the State’s rationale for this reindictment,” the special demurrer reads.

It is the district attorney’s policy not to comment on pending prosecution, but Totten told the Statesboro Herald on April 2nd that the State planned to “bring Saldano to trial again on this charge.” At that time, the case had already been again presented to the grand jury with a true bill of indictment being returned on the Saldanos as co-defendants.

A source that spoke on the condition of anonymity because they were not authorized to speak publicly on the case said the office has taken the position that trying both cases together will minimize resources, time, and expense, given the backlog of cases, the number of serious offenses in the judicial circuit as a whole, and limited number of prosecutors in the office. Totten recently presented during a Bulloch County NAACP forum, at which time she told participants that assistant district attorneys in the office average approximately 250 cases per year.

You can read the Special Demurrer filing below.

It is our policy to withhold names of individuals who make claims of sexual assault or sexual abuse, barring extraordinary circumstances, unless those individuals are willing to be named in the media. Anyone who has been a victim of sexual abuse or has knowledge of any such incident is advised to contact the national 24-hour crisis line (1-866-489-2225) or locally, visit The Teal House – Statesboro Regional Sexual Assault and Child Advocacy Center.

Jessica Szilagyi24 hours ago
NEVER MISS A STORY!
Sign Up For Our  Newsletter
Get the latest headlines and stories - and even exclusive content!- sent right to your inbox.
Give it a try, you can unsubscribe anytime.