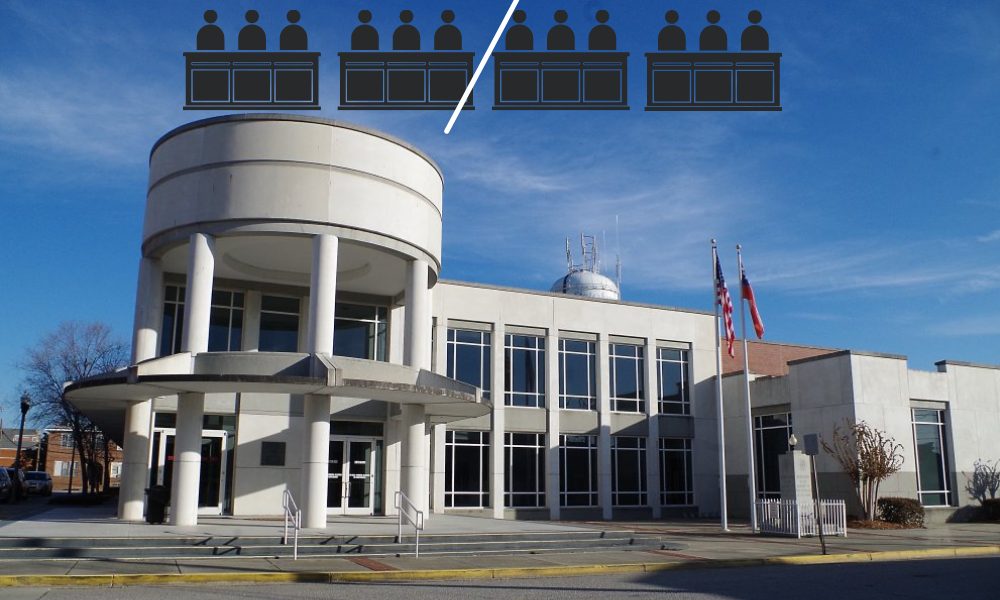 A jury that could not come to a unanimous decision in a Bulloch County aggravated sexual battery case led the judge to declare a mistrial on Friday.

The first trial in Bulloch County Superior Court since the prohibition on jury trials was lifted in early March did not yield a verdict. The case before Judge F. Gates Peed was one of two cases involving Danny Joe Saldano, a former employee of Got Ink Tattoo in Statesboro. District Attorney Daphne Totten and Assistant District Attorney Judith Oglesby presented the case on behalf of the state. Attorney Elmer Young of Evans, Georgia represented Saldano.

A grand jury returned true bills of indictment for Saldano on two different counts of aggravated sexual battery back in 2019, with both incidents having similarities despite occurring almost two years apart, according to court documents. The indictments show allegations dating back to 2017 for one case and to August 26, 2019 for the second. Saldano was arrested on August 29, 2019 after a three-day investigation by the Statesboro Police Department when a victim filed a report.

Aggravated sexual battery, OCGA 16-6-22.2, is defined as an act when “he or she intentionally penetrates with a foreign object the sexual organ or anus of another person without the consent of that person.” It carries a sentence of 25 years to life in prison, among other terms and conditions.

According to court transcripts from January 2020, the victim in the 2017 case stated two different incidents occurred on the same date. She filed a report with police that night but chose not to move forward with prosecution at that time and the file was closed. “I know the statistics about women and rape cases and assault cases, especially when they found out there was no evidence on my clothes. I felt that there wasn’t really a point because it would be my word against theirs…,” she told the Court.

The victim was later asked why she chose to return to the police department in February 2018 and she explained, “I heard it had happened to other people, and I didn’t feel so alone anymore.”

But last week’s trial was only for the charge in the 2019 case, in which the victim reported that Saldano sexually assaulted her while he was tattooing her thigh when he touched her inappropriately. Jurors heard from the victim as well as a witness who was present at the time, and they reviewed video evidence from the time the victim and the accused were together in the tattoo studio.

The twelve jurors, however, could not come to a consensus after a four day jury trial and a mistrial was declared by Judge Peed.

As of Tuesday, Saldano had been in jail for 580 days and he will remain there for the foreseeable future. A request seeking bond was denied in Superior Court due to the pending case from 2017 and it is not yet clear whether or not prosecutors will again try Saldano for the charges stemming from 2019. Aside from an indictment and initial motions filed by a public defender, no other criminal action has occurred on the 2017 case.