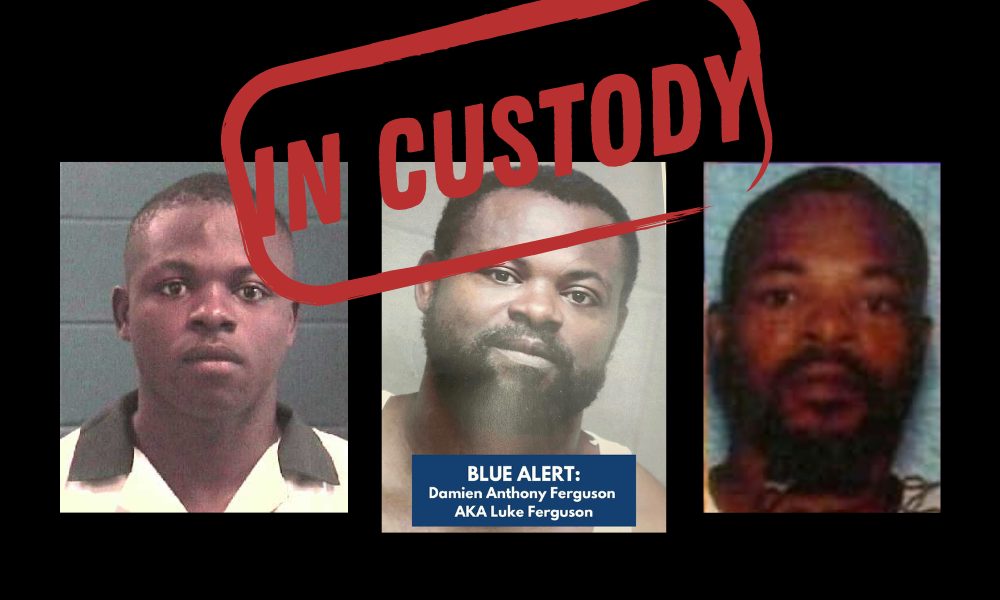 The search for the man accused of killing an Alamo, Ga police officer has come to an end, authorities say.

Ferguson reportedly shot and killed 26-year-old Dylan Harrison outside the Alamo Police Department early Saturday morning. Harrison was a part-time Alamo Police Officer and was working his first shift with the department Friday night. He was also a full-time Oconee Drug Task Force Agent out of Eastman, Georgia. He has been in law enforcement since 2018. He leaves behind a wife and a six-month-old baby.

Ferguson has a lengthy criminal history and is a convicted felon, according to the Georgia Department of Corrections. He served time in Coffee County Correctional Facility for Aggravated Assault, Aggravated Assault on a Police Officer, Simple Battery, and Theft. In 2020, the Georgia Office of Insurance & Fire Safety sought warrants for his arrest in an Alamo arson.

On Saturday, the GBI announced a $17,500 for information that led to the arrest of Ferguson.